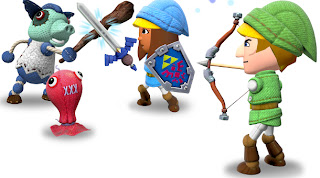 With the Wii and Wii Sports, Nintendo achieved a remarkable combination of development genius and marketing creativity. In capturing the heart and minds of the general population – including a host of non-traditional gamers, Nintendo’s initial success with the console came almost entirely from that game, and sent the competition scrambling.

It was an ideal way of demonstrating the new technology in a fun, well developed manner. With such precedent, it was with baited breath that this reviewer found himself tasked with looking at the equivalent launch title in the Wii U: Nintendo Land. Linked with the launch so spectacularly, is it worth getting the premium pack that comes with this game? If you are getting the Wii for its intended purpose, that answer is a resounding yes.

The concept of Nintendo Land is extremely imposing – providing personalised (through individual Miis) multiplayer action across twelve mini-games based on the most popular and recognisable of Nintendo’s many franchises. With considerable brand power, each title represents a different and unique game that has legions of fanatical fans – those who are not forgiving for cheap imitations. 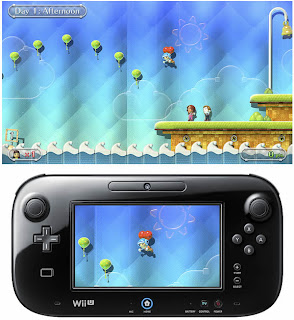 It seemed that Nintendo had put all their eggs in one considerably large basket here, and as a result the project is one of considerable risk – failure would result in a bitter taste that would have started the Wii U’s life off very poorly indeed.

Luckily the eggs got to town OK. Placed in a plaza, the player navigates around an, aesthetically pleasing yet simple and fun interactive world. It is a delightful way of experiencing the game as it allows easy access to the multitude of mini-games available as well as providing a more than a basic menu to interact with. It is here that your in-game rewards will be stored once earned, so it’s anything but a dull environment.

Whilst some reports have indicated the game crashing the Wii U, despite 45 hours of playing at the time of the writing there has been none thus far – the WiiU experience has been smooth (lucky you, my Wii U hates Yoshi Fruit – ed).

In the games themselves the multiplayer games are unique, social and entirely engaging. The single player is by comparison lacking and may have benefited by more content, but considering that is not what this game is about, dwelling on it seems a tad fruitless. 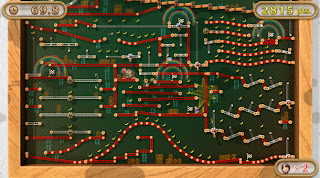 Asynchronous gaming is an incredible concept to mess with. The idea is simple – one player -utilising the gamepad – experiences something different from those using the WiiMote controllers. In this way, what the Wii U has done is enable non-traditional gamers the possibility of experiencing some of the joys experienced by those at LAN parties without requiring the expenditure, considerable set up costs or technical know-how.

The new technology, that of the I-can’t-believe-its-not-a-tablet-gamepad is also very well incorporated into NintendoLand, and even some of the less-functional technologies on the original Wii-motes (rumble) is incorporated into games in a genuinely interesting way. For instance, one of the most impressive is that of Luigi’s mansion. Here, players take one of two responsibilities – that of humans attempting to capture an unfriendly ghost (1-4 players can take this role), or as the ghost (one player) who’s trying to spook the humans. Should the ghost – who is controlled by the Wii U GamePad-owner with an image only he can see and thus has no limitation on sight – catch a human without a torch, the human perishes in fright. 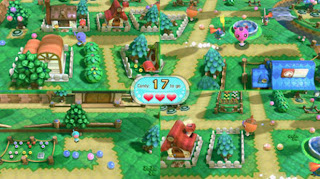 Whilst asynchronous multiplayer sounds complicated on paper, a great deal of credit must be given to the games designers who have ensured a hands on, concise yet excellent tutorial system that means anyone can be jumping into any game within moments. Judging by experiences thus far, these same players will be roaring with laughter within no-time.

Nintendo Land should be successful. Like that of WiiSports before it, the game takes a reasonably new game technology and shows it off in amazing detail. With the varied and fun mini-games providing hours worth of fun for just about everyone, the possibilities of high scores, challenge of trophies and achievements plus oodles to unlock, Nintendo Land is the perfect launch pack-in title.