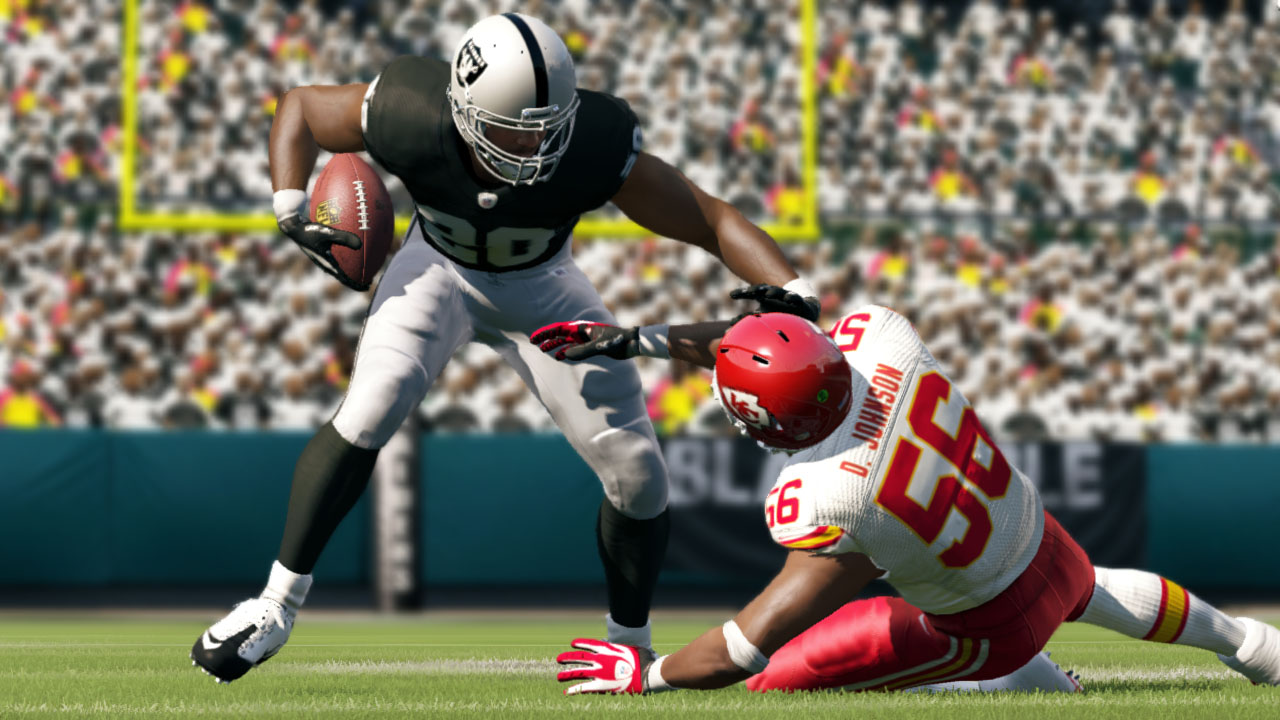 I am a big fan of this year’s Madden 13 release, scoring it fairly highly here, but a new problem has cropped up over the last few weeks since my review. At first I thought it was maybe something specific to my system, but then a friend told me he had the same issue with his Sony PlayStation 3 and Madden 13, and I tested it on my other PlayStation 3 and got the same results. What is the issue?

When you try to quit the game, you run a fairly high chance of the game locking up, and then the system shutting down improperly with three rapid beeps. Upon restarting the system, you get the notification to send to Sony that there was a problem, and then the system goes through the error checking and restoration of the drive.
The odd thing is, this does not happen every time. If I was to ballpark it though, I would say around two-thirds of the time I shut down my system, this issue occurs. I came at it from a variety of different angles: quit mid-game, back out of the game and sit at the main menu, use the ‘quite game’ in the PS3 menu, or try directly switching to the different feature you want – I even went so far as to stand up and walk over and power down the system using the front-facing button while the game was running, just so I could shut things down without using my controller. Even doing the last option was causing my system to freeze before shutting off, and then giving off the three rapid fire beeps.

Very odd – but also very disconcerting. I found it quite annoying to have my PlayStation warning me my hard drive could be corrupt a few times a day. It was affecting how often I was playing the game, to be sure. The really odd part?  This did not happen when Madden 13 first came out. This only started to occur after both Madden and the PlayStation itself received updates. Since I updated both at roughly the same time, I never really knew which update was to blame.

I began to look around online and saw that there were quite a few different people having this issue.  I saw it on IGN forums, EA forums, Yahoo! answers and over a dozen other places. Most people were stumped at the time I began to first investigate this.  Next step?  I contacted EA’s technical support. I manage a tech support department for a software company, so I tend to feel a certain affinity for customer service and tech support when I contact them. Their jobs are not easy. I joke that no one ever calls tech support to give two thumbs-up and say “Everything worked great, thanks!”. They usually are pretty upset, so I keep those things in mind when contacting them.

Still, after filling out the form, I was told they would be in touch within 48 hours.  Nearly a week later, I got my first point of contact telling me that the issue was probably corrupted data and that I should backup and then delete some of my saves.  The tech never told me which save files, but there’s about a half-dozen or so associated with Madden 13.  I wrote back, asking which files or all – but never got a response.  After about a week, I just decided to try them all.  I was highly dubious that this would work seeing as I have the issue on two different systems that have very different saved games on them.

After trying this, the problem still persisted on both machines.  Confident that the file data was not the concern, I was back to the drawing board without any sort of technical help it seemed.  Now here is the part of the story where having a somewhat iffy internet service provider came in handy.  Two nights in a row, my internet was down, preventing me from even signing into the PlayStation Network, let alone the EA servers.  The thing is, no lockups those two nights.

So I did some more digging and found two users on different forums saying that signing out of the PSN before quitting Madden seemed to resolve the issue.  This seemed to go hand-in-hand with my own findings from the two nights without internet service, so I went through a series of tests over the last week and and found that this workaround for the issue does in fact seem to work 100% of the time:

I have tested this well over one hundred times now, without a single lockup and crash.  I have not seen anything official from EA on the topic, and their technical support clearly had no idea this was an issue, but I have seen rumors that EA is now aware of the issue and plans to release a patch sometime next week to address the issue.

I just thought I would share both my experience with the EA support, but more importantly I wanted to share what appears to be a bulletproof workaround for other PlayStation 3 users playing Madden and seeing this issue, so they too can avoid the somewhat nerve wracking messages about a potentially corrupted hard drive.