I am a huge fan of Magic: The Gathering.  I have been playing the tabletop card game since Ice Age, right around 1994.  Over time I wind up being an on-again, off-again player depending on the availability of friends nearby to play the game with.  This is probably part of the appeal to the video game versions of Magic: The Gathering.  I can almost always find people online to play again.  I can also get a lot of cards for a fairly reasonable price. 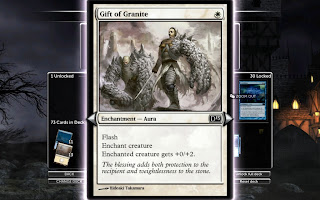 These are some of the reasons why I gave the original Magic: The Gathering – Duels of the Planeswalkers 2013 game a score of four out of five stars, which you can read about here if you would like. The game was not perfect, with a few oddities that crept up in the AI from time to time, and the lack of true deck building always hits me as a big negative because I really enjoy making decks as much as playing them (I have over 30 decks for my actual card nights when I play).

While this new expansion does not deliver a true deck builder, it does help to alleviate one of my biggest concerns about the original release.  The original release only had one player deck that was multicoloured (it was a deck focused on the awesome exalted mechanic – a personal favourite of mine), built around black and white cards.  Every other deck was single colour, and I really like to play decks built around two or even three colours.

While there are still no decks that offer up three colours to players, we do finally get five more decks built around two colours each, and they are really well-designed decks.  Here is a quick breakdown of what this first expansion brings to the virtual table. 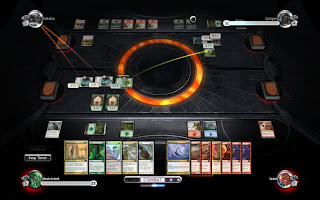 There are a handful of other tweaks as well, but the above items are what most people are going to be interested in. If you were a fan of the original release, then you will probably want this expansion so you can add to your virtual collection just like I did.

There is one oddity or expectation I should set with readers though as well. The original game was a preview of sorts for the M13 release for the actual card game, releasing at roughly the same time and even having a promotional tie-in for getting an actual card from participating card shops. 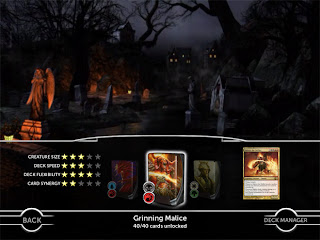 This first expansion is releasing just as Return to Ravnica hits the shelves, introducing the next block into the world of Magic: The Gathering.  I had initially thought the video game expansion would also highlight cards and mechanics from the Return to Ravnica set, but instead it goes back and intrdocues cards from the original Ravnica.  This helps show off the combinations from the original, and introduce potentially new players to the storyline and guilds from that set.  I have a strong suspicion that the next expansion will actually have the Return to Ravnica cards, and this release serves as something of a preview for that.

Overall, I am a big fan of this expansion, and if like me you enjoyed the initial Magic: The Gathering – Duels of the Planeswalkers 2013 game, this addition will feel right at home on your system.