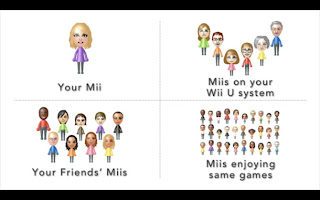 There was some interesting analysis of Nintendo’s sales over at Kotaku yesterday, that indicates a very sobering reality that I’ve come to suspect. It would seem that the level of online engagement between Nintendo and its European and Australian customers is not quite up to the growth that’s being seen in the US and (especially) Japan.

On a technical level there’s no real reason for this to be happening. Both Sony and Microsoft seem to be quite engaged with their players online in both regions, and with digital downloads quickly becoming a very important market opportunity, this is one that Nintendo knows it needed to gain ground in.

While Miiverse and premium discounts for online purchases with the Wii U Nintendo is setting itself up better than ever before to engage with its fans online, but simply having the service there isn’t a guarantee – the eShop has full retail downloads and as the Kotaku story states, they haven’t taken off here.

I don’t believe it’s an issue with pricing, either. Over on the PSN and Xbox 360 retail downloads are priced at RRP. On the PlayStation Vita there’s only a slight discount with the download version. Despite this, the data suggests that those services are growing at a rate roughly in line with the rest of the world.

So what does Nintendo need to do to engage with its customers in Australia (I won’t comment on Europe, but I suspect the situations can be similar)? I’ve outlined a couple of ideas below:

1) And this is the big one – Nintendo’s online service exists almost entirely in isolation. For an online service to be really effective in reaching customers here, it really needs to be prevalent. I have my PlayStation Network account on my phone – yes it’s not especially useful, but I can check whether my friends are online and check up on the PlayStation Blog (ie which games are available for me to buy now). Nintendo’s mobile strategy doesn’t need to be about making games to sell on mobile devices, but Nintendo sure as heck needs a mobile strategy.

With online selling being as much about building a community as it is directly selling something, Nintendo does need to do something about making sure people can interact with it even when they don’t have their 3DS handy.

2) Social networking engagement – When I get a trophy on my PlayStation account my Facebook friends know about it. My Xbox Gamerscore is there should I ever want to stick it on my forum signature. Both services integrate with Raptr, which is itself a social network for gamers. With Nintendo though, I have a… friend code… I can trade with someone and then check out their 16-character catchphrase of the day and whatever game is their current “favourite.”

Social networking is important for drumming up buzz about a game. I’ve bought games when I’ve seen they’re popular with my Facebook friends. It’s easy for me to share screenshots of my Vita games on Twitter. Again, Nintendo’s consoles exist in relative isolation.

Miiverse might even be a curse here. I’m already active on multiple social networks, and adding yet another one to that list isn’t necessarily something I want to do. Nintendo needs to either make Miiverse more useful than Facebook and Twitter (good luck), or also integrate with other social networks (which Nintendo might not consider necessary, thanks to Miiverse).

How can this help sell digital games? Again, it’s about presence. The Nintendo Wii did so well because it became ubiquous with family gaming. But in the current environment, being “everywhere” means being talked about, shared, and engaged with via social networks. This is an area Nintendo has a long way to go (let me export my activity log playtime data, please).

3) Embrace freemium models – The PlayStation Vita is a struggling console in the broader market, but those networks of players who have them – such as my Friend’s List – demonstrates a niche community of very connected players. We are all connected because we’re all playing the same games together. We’re playing those games together because they’re free. Treasures of Montezuma Blitz has weekly leaderboard challenges for friends. Ecolibrium is a highly social game and Treasure Park is a highly entertaining diversion.

Because you need to log into the PSN to download these free games, the Vita’s PSN store has the opportunity to sell additional games, or even virtual goods through the freemium model. These are opportunities that currently the Nintendo Network lacks. There is a world of psychological difference between going into an online store to grab something that all your friends are playing and is free (and then seeing a really awesome-looking game for $40), and knowing that if you go into an online store like the eShop, you’re going to have to pay money for any content that isn’t promotional in nature.

Nintendo’s given a way a couple of games for free, sure, but a healthier long-term strategy would be to allow social games and freemium games onto the service. After all, these games are the ones that help build awareness that there’s fun stuff on your network to download.

In general Nintendo’s taking great steps towards improving the online experience, but it doesn’t quite seem to understand that the point of an online store isn’t just to sell games. It’s to provide a community of gamers a ready library of content to access, discuss, and share with one another. Once Nintendo starts to shift its approach in online to engagement, rather than sales, it will more accurately reflect how sales are done in the real world (relationship building rather than passive engagement), and in doing so Nintendo will then see a marked increase in engagement with its online services.

Games journalism; a manifesto of what it could be and should be