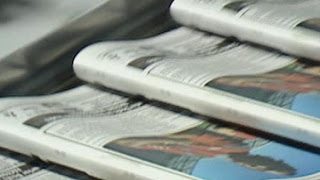 It all started with Doritos and Mountain Dew. Two snacks that most gamers love anyway has spiralled into an industry-wide debate about games journalism, and its legitimacy (or lack thereof).

I have deliberately kept away from the controversy, however, one discussion that I have come across in various forms as part of the broader debate is the role of games criticism in the games industry. People are questioning whether criticism should be objective or subjective; and whether attending events or being given review copies of games/ other gifts compromises a critic’s legitimacy when it comes time to review the game.

I’m not going to discuss whether a “free” game, or appearing in an ad for Doritos, compromises a professional journalist. It’s a ludicrous idea on the very face of it but of course no one is ever going to believe another professional journalist saying that – not when the armchair experts are out in force on an Internet-wide witch hunt right now. People can believe what they want to believe in that regard.

What I would like to comment on is the sub-story here; the debate on what a game review is meant to be, and whether the person writing it should be aiming for objectivity or subjectivity.

In any version of criticism outside of the games industry, this is a non-debate. Whether it’s movies, literature, theatre, music, food or ballet, criticism is the expert opinion of an experienced writer who has been watched more movies, eaten at more fine restaurants, or gone to more ballets than he/ she could possibly count. It’s subjective by the very nature of it, and enthusiasts of film, music, literature, and so on, will find a critic whose opinion mirrors their own tastes and rely on that expert opinion to provide them guidance about what they themselves might like to experience.

Jump over to the games industry, and for some reason readers have this ridiculous expectation that games critics are no more than administrators, checking off an imagined list of criteria that can definitively differentiate a good game from a bad one. An abstract idea of “graphics” “gameplay” “music” and “story” is separated into neat blocks by gamers, and critics are expected to assess each block separately, and then use some mathematical formula to end up with a percentage score that gives a reader a guarantee that an RPG with a score of 86 per cent is indeed better than that FPS that scored 85 per cent.

I have yet to come across a legitimate film critic that actually tries to access the cinematography of a film as a separate element to the quality of the acting. The film either works as a complete package, or it’s let down by a range of flaws. No food critic will analyse a dish by saying “well, the carrots were lovely. The steak was a bit too over-peppered, and there was three chips too many. Clearly this dish is a 6/10.” It just doesn’t happen because it’s a remarkably juvenile way to assess something that is the sum of its parts, and each part affects the other. The dish sucked because the carrots and steak didn’t taste nice together. The film was great because the story was so well shot and the actors were so well framed.

And so it is with games. Gamers reacted with violent anger when Roger Ebert dared to say that games are not art. I happen to believe that they are art. But that means they’re audio-visual interactive experiences. A game can’t exist without its visuals, so why do we pretend that the “gameplay” is somehow not related to the visuals?

The answer is because that means we, as readers, need to adjust what we expect from the critics if we do come to accept that games are art. When we assess games as art works, we need to accept that a game review is not necessarily there to help us order the games into nice, neat categories of quality. Rather, it means we need to be proactive, go out and find a critic that we want to engage with, and then have a discussion around the game.

It’s what the comments sections of websites should be used for, when instead they’re being filled with comments of the depth of “you’re review sucks [sic]”. Or to put it another way; if game criticism were to become like every other genre of criticism, then games criticism also needs to shift from being buying advice, to become building a discussion around a game.

I don’t pretend to be objective with my reviews. I have genres that I prefer and I have pet favourite games. I also encourage the people who read my reviews to challenge me, or to support my point of view, or just ask me questions. I would like to think that over my 15 years of games journalism there’s a couple of people out there that have come to respect my opinions, whether they agree with them or not, and in turn that allows them to use what I say as a gauge to whether they will like a game I have a personal opinion about or not.

What I have very little interest in doing in telling first time readers whether they should buy a game or not – they can figure that out for themselves without ever reading a review, and it would be insane for me to even presume to be able to tell someone whose tastes I have no idea about whether they would like a game or not.

No. My philosophy with games criticism, and my earnest believe is that games criticism is there to further the discussion of the games industry itself. It’s a somewhat more academic philosophy to take, but the best way to spread knowledge (and so to improve the actual games industry) is to have constructive debate about what is and isn’t good about games – not waste time trying to decide whether one game is better than another. The latter is a marketing function – and as the Doritos incident has shown, that’s something we as game critics want to avoid.

Within the context of my philosophy it doesn’t really matter whether I’ve attended an event for a game, or played it on a console that was given to me by the vendor. What is important is that I’ve put forward an opinion of a game – an opinion that is informed by playing hundreds of games every year – and then challenging people to either agree, or disagree with that opinion.

The sooner the rest of the industry (and gamers themselves) move away from this silly idea that any one critic, working for any one publication, can possible judge every game on an objective scale, the better. Games are entertainment, and art. Neither entertainment nor art can ever be reduced to a mathematical formula.

How Nintendo could improve its eShop success