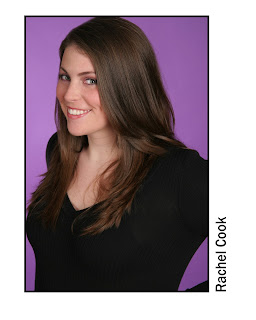 For many games are little more than a fun pass-time, but there’s a serious side to the games industry that is ripe with opportunities.

Digitally Downloaded sat down with the founder of Seeds, Rachel Cook, who has used the games format to build a platform for microlending between people. It’s an inspiring opportunity (read more about it at Seed’s Fundable campaign), for a number of reasons. It’s financial opportunity for people who might not have otherwise enjoyed one, and it’s a pioneer in the fledgling game development industry of Kenya – one to watch closely for the future, I suspect.

Thank you to Rachel for her time with the following interview.

Digitally Downloaded (DD): Why do you decide on a gamification application for your microlending platform?
Rachel Cook (RC): Rather than a gamification, Seeds (at least in its next iteration, available in a couple weeks) is an immersive social game that embeds the ability to microlend, and we’re building an API to embed that ability in every game imaginable. This distinction is important – there is a reason that Kiva moves $2m a week and Zynga brings in hundreds of millions a quarter.

DD: Gamification is a hot topic right now across most industries. Why do you think it’s come to the fore now, and do you see any limitations emerging when it comes to engaging customers this way?
RC: Jane McGonigal presents a compelling discussion on this topic. I think people love games, and maybe recently it’s more apparent that it doesn’t have to be impossible to accomplish tasks and to complete work through the framework of a game – in fact, McGonigal would argue that it makes completing tasks easier and more fun. Games shouldn’t be sort of relegated to this realm of leisure, or treated like they’re a waste of time – they can bring about higher levels of efficiency, and they can make people happier.

DD: In your Fundable posting, you mention an infamous TED talk by Jane McGonigal where she claims we spend 3 billion hours a week playing computer and videogames worldwide, and that that time can be used for the betterment of mankind. To what extent was the design of Seeds inspired by that presentation?
RC: I stumbled across that stat after the idea for Seeds had more or less fully come together, but it’s a great one. It really brings the mission of Seeds home: our ambition is to fundamentally transform the definition of gaming. We want to embed the Seeds API in all games ever made, so that kids in the future think that games are something fun that they play that also have a component of positive social impact, and that’s just the way it is. 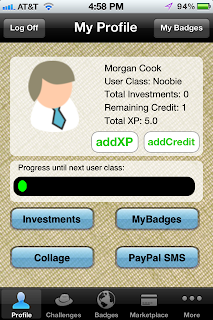 DD: How do you see Seeds evolving into the future?
RC: I see our lifeline being the cultivation of partnerships with already established and developing games. Embedding the API is where it’s at for us. I want people to play the games we build, and to expand our team so that we’re building things for Android. On the back-end, we’ll work to scale our “vertical group lending model” – approximating Dr. Yunus’s model for mobile, in a sense.
We’re incentivising good borrowers to become mobile loan officers themselves, with the idea that they’re then recruit their mothers and sisters and neighbours to take out loans that the loan officers will manage – and thereby hopefully maintaining the level of accountability among peers that has worked so well within the traditional lateral group lending model.

DD: What has the response to Seeds been so far?
RC: I’m really happy to be able to say that it’s been met with a lot of excitement. The idea has resonated. And now it’s up to us to continue iterating and expanding so that we can bring Seeds and the Seeds API to as many people as possible.

DD: Can you explain to me how the partnership with iHub works? Why did you decide to partner with it, what value has it brought Seeds, and how do you see iHub’s involvement with the games industry evolving in the future?
RC: It’s really an informal partnership. I directed and produced a feature documentary called The Microlending Film Project, which explored the impact of microloans on women around the world, and the people at the iHub were cool enough to let us film there in 2011.
It was exciting to me to discover how vibrant startup culture is in East Africa, and in Nairobi specifically, and it led us to tell an alternate microlending story – Tebogo, our Kenyan protagonist, had taken out a microloan to open up several MPESA shops. MPESA is the giant mobile money transfer service that allows people in sheet metal houses in Nairobi slum like Kibera, and anywhere in the country, to buy whatever they need simply by sending a text message.
So that was exciting to me, telling this story about sub-Saharan African being at the global forefront of technology in this regard, and seeing where microfinance intersected there. It was a story I hadn’t heard before. The people at the iHub are great, and they let us hang out again this summer when I was back in town working on Seeds for a few months, but the partnership is no more formal than that.

DD: Is Kenya a future games innovation centre, in your opinion?
RC: While gaming is beginning to find a home there, Kenya is more obviously a huge – the biggest, really – mobile money transfer success story. And now that that infrastructure exists, I think a lot of people are very, very excited to see what sort of innovations we can build on top of that platform. Seeds is one of those innovations that wouldn’t be possible if this framework wasn’t already in place – and this framework is only five years old. I can’t wait to see what’s going down in Kenya in the next five or 10 years. The world will be a very different place.

Masters of the iOS- He-Man crashes the App Store

PlayStation Plus the big “weapon” for Sony’s next-gen hopes