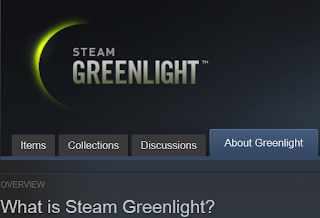 After tonnes of controversy, a rough start, and much criticism, Steam Greenlight has finally seen its first ten games accepted, with some of them being unexpected candidates.

Yes, after a rough start of jokes and fakes, a very split reaction to the added $100 submission fee, and the criticism of Valve’s initial goals with Greenlight, the new service has seen a total of ten games reach the “Greenlit” status, meaning that they will be taken into serious consideration when it comes to publishing the games on Steam. And without further ado, here are the 10 titles (original Steam news post can be found here);

– Black Mesa, the over-seven-year-old Source Engine mod that aims to recreate the entirety of Half-Life within the Source Engine.

– Cry of Fear, a recently-released horror first-person shooter mod for the original Half-Life that promises 30 hours of gameplay and co-op.

– Dream, a beautiful first-person, exploration-based Unreal Engine project that takes inspiration from Dear Esther and is planned to be released in Summer of 2013.

– Kenshi, a “free-roaming squad based [role-playing game] focusing on open-ended gameplay” that is currently in its alpha state.

– McPixel, a ridiculous and fast-paced point-and-click game where the player has to defuse a bomb in 20 seconds across 100 levels.

– Routine, a non-linear first-person horror game that is planning to pack a permanent death mechanic and multiple endings.

– Towns, a town-management and dungeon-crawling hybrid currently in alpha that tasks the player with managing a town full of adventurous heroes.

I will admit; I am surprised by the number of unfinished games on that list. Considering that Valve’s intentions were to thin out the games that the community did not want on the service, there are quite a few games that the Steam community has not even had the chance to play and thus have no opinion on whether or not it should exist on Steam. It will be interesting to see if this trend changes or continues as Steam Greenlight grows older.