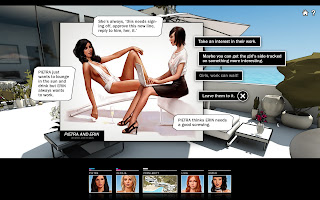 I, like everyone else in the game’s industry, likes Valve. The passionate team over there has produced some of the finest games ever crafted, and Steam has almost singlehandedly made PC gaming relevant in an era of console and device gaming.

But Greenlight proves the company is not infallible. I’m don’t doubt the good intentions behind the project in the slightest. Giving the community the ability to vote for the games they would like to see appear on Steam is noble. But boy did they get the launch wrong, in almost every single way.

At a technical level, discovery became an issue mere hours after the project launched, and this was Valve’s first misstep. Every indie with a game immediately leapt at the opportunity to have their game thrown into contention for Steam visibility. And why wouldn’t they? The exposure that Steam offers is not dissimilar to Apple picking a game to include in its weekly “New and Noteworthy” wrap up. Or in other words – it could literally launch a career, and that’s not an opportunity any halfway savvy businessperson would allow themselves to miss out on.

But, because a game needs a fair few votes before it can get accepted through this program, what has quickly happened is that so many games got listed that it became difficult to find ones that you actually wanted to vote for. Or in other words it became like listing all the Apple App store games by release date and hoping to find one you wanted to play. Valve just recently introduced a $100 fee to list a game on Greenlight to ward away the genuine “troll” game listings, but $100 isn’t going to deter enough indie developers to stop this discoverability issue.

Of course, the discovery isn’t really Valve’s fault, and long term it’s no doubt fixable. It’s a flaw in the noble idea, but it’s not a screw-up.

No, the screw-up happened when Valve decided it has the right to be a censor of good taste. No one is arguing that Seduce Me is a good game – no doubt it would be as much fun as having teeth pulled, but I take great issue in Value removing it from Greenlight on the basis of “offensive content.”

Here I was thinking the point of Greenlight was to give that vote of what is and isn’t good taste to the community. The whole point of this was for the gamers – not the corporate suits – to separate exploitative sex-fests from those games that use sex in an intelligent fashion.

Instead, Valve has decided that it will decide what is and isn’t offensive, and Greenlight has become guilty of the corporate moralising that it was always meant to argue against. And so that noble idea of what Greenlight was meant to stand for has just come crashing down.

Considering the value that independent producers bring any creative field is its capacity to be transgressive in a way that the mainstream could never achieve, Value really should have stood up for the right for material of a questionably offensive nature to appear on Greenlight. The community has the power to down vote material that they find offensive, and given how many people are offended by sex it would seem to me that sex games would find themselves quickly voted into oblivion. And, if these games do get approved, then who is Valve (or anyone else) to say that it’s even offensive content in the first place? The masses have spoken and they decided they wanted the game, after all.

I’m disappointed in Valve, as I always thought that Value had a socialist philosophy that it stands for the people. It clearly has other agendas at play than giving gamers what they want, though, so while Greenlight will forever be a grand idea, that idea has been forever tarnished.