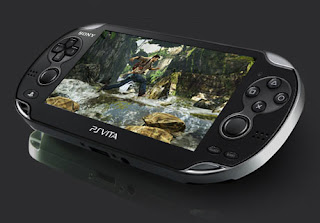 This is significant news, for two reasons – firstly, it’s going to be a big boost to the Vita’s market potential. The fact that you’re able to buy a Vita and then become a PlayStation Plus subscriber and never need to buy a game again is going to be a significant advantage over both the Nintendo 3DS (which doesn’t have a similar subscription opportunity) and the iPhone and iPad (the Vita’s free games will be very high-quality compared to the free games on Apple’s devices).

Sony’s target audience for its PlayStation Vita was always the PlayStation gamers first, and growing the market a distant second. That’s why Sony has always touted the cross play compatibility and the ability for the PS3 to “talk” to the Vita for other gaming applications.

PlayStation Plus falls into the same category. People who are already PlayStation Plus members will now be far more incentivise to buy a Vita, because now they’re going to get free games out of their existing subscription investment.

And naturally, as the console becomes more popular, third parties will invest more in it, and that will encourage new customers to take a look at the console. I see PlayStation Plus singlehandedly boosting the Vita’s fortunes in the market.

But beyond that immediate effect I think this announcement is significant because it demonstrates a clear direction that Sony is heading in, and it’s something that is going to benefit everyone.

The simple reality of the games industry is that games are worth less and less. That’s not to say they’re becoming cheaper, but thanks to the proliferation of competition (including new platforms such as the App stores and the likely growth of Steam into hardware), games are becoming more of a commodity sell. Publishers are now discounting earlier and more active in looking for ways to repackage games. In other words, the games themselves are worth less to the publishers.

One of the most effective ways to take this low-value content and use it in a way that builds customer loyalty is to give it away. The most effective way to do that is to give it away in such a way that if the customer stops being loyal, they lose that content. In other words, PlayStation Plus. Gamers pay $Aus60 or so a year for access to a library of 20+ games per year. If they decide not to resubscribe, they lose that library of games.

Just like Apple threatens customers with the loss of their music and movie collections if they ever stop using iDevices and iTunes, Sony is looking to do the same with games. When you’re talking about both your handheld and mobile gaming devices, the impact becomes all the more pronounced. In other words, by being reasonably generous with content, Sony is developing a fan base that is ‘locked in’ to Sony platforms.

Come next generation, we’re going to see that impact really hit home. PlayStation 3 and Vita gamers with PlayStation Plus subscriptions will have a really compelling reason to buy into the new hardware. It won’t be a case of a new console “starting from scratch,” it will rather be an upgrade to an existing product. We’ve seen this at play already – look at the people who keep upgrading their iPhones and iPads.

Sony’s acquisition of Gaikai shows that Sony understands that it is content that is the critical battleground for the ‘console wars,’ going forward. While Nintendo focuses on hardware innovation and wrapping game experiences around that hardware, and Microsoft invests big on turning the Xbox into the living room general entertainment hub, Sony is taking Apple’s approach of building a deep stable of content and then tying a multiple of devices to that content.

It’s something the third party publishers will get on board with, too, as it helps to give their content a longevity and presence above and beyond existing sales avenues. And so, I see the evolution of PlayStation Plus and its imminent launch on the PlayStation Vita a very exciting taste of things to come.