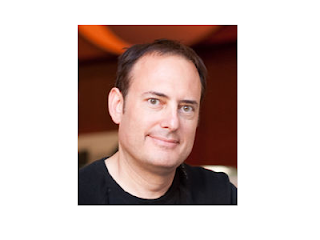 Though Cloud gaming service OnLive isn’t up for sale just yet, the founder of the company, Steve Perlman, is a entrepreneur who sets up companies to be acquired. The question is: who will acquire OnLive?

Previous Perlman projects include WebTV and Moxi Digital, as well as Rearden, an incubator for new companies in media and entertainment technology. He’s a man that builds companies up, and then sells them off for a career. At some stage OnLive will be on the table – especially given the interest in Cloud that some of the biggest gaming companies have shown.

It’s also likely that when OnLive is sold, it will go to one of the console manufacturers to provide the Cloud infrastructure for the next generation (or the one after) of consoles. Now, of the four major game platform holders I think we can dismiss Apple as a company that doesn’t acquire gaming companies, and Nintendo as a company that’s still in the early stages of building an online network; it’s not ready for Cloud, which is the next step beyond that.

That leaves Sony and Microsoft. Both have made their cloud aspirations very clear. Sony already has a Cloud service in Music Unlimited, and it is pulling its massive infrastructure together under the SEN. Microsoft has Zune, and Steve Ballmer famously stood up at a conference in front of 20,000 or so business partners in one year to say “if you’re not in the Cloud, we’re not really the company for you.”

Furthermore, acquiring a Cloud gaming platform makes business sense to both companies. Games are becoming an increasingly commoditised form of media. Like music and movies, there’s not a great deal of margin left in making games, so a good, safe and consumer-friendly way to maintain margin while adding value to the end user is to build a subscription Cloud model of consumption.

So I suspect that over the next few years OnLive will be speaking to both Sony and Microsoft. I also suspect that Microsoft might have the edge, as some of Perlman’s previous projects have been sold to Microsoft or ex-Microsoft people, but by the same token Sony is looking for a way to reverse its fortunes. A high profile acquisition that offers the company significant competitive advantage may well be the way the company sees an out.

What does everyone else think? Sony, Microsoft, or do you think OnLive will go to a publisher looking to broaden its reach?