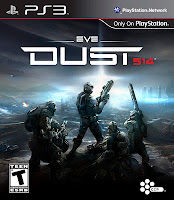 DUST 514, CCP games’ FPS take on the EVE Online universe, is looking pretty sharp in this new batch of screens from the Beta.

The gallery released today showcases several large scale fights between merc forces with an eye towards the massive amount of weaponry, armor, and vehicles ready for player use in the game.

Today is also the release of the massive ‘Precursor’ update for the beta that ushers in a multitude of improvements. EVE Online/DUST integration is the centerpiece, but you’ll also get Orbital Strikes, Instant Battle matchmaking, new environments, and keyboard & mouse support.

One of the most anticipated titles of the year, DUST 514 brings intense infantry combat, large-scale warfare and deep character advancement to the PlayStation 3 in an exclusive free-to-play massively multiplayer shooter. Set in, and integrated with, the massive universe of EVE Online™, players wage war in the next generation of first-person shooters, where a single victory could prove the crushing blow to a galactic empire of thousands of online gamers. 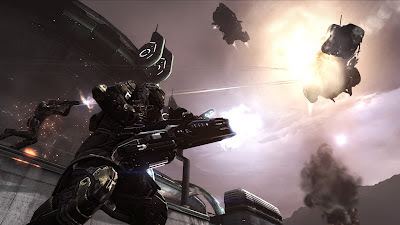 DUST 514 is in closed beta right now, but is scheduled to enter full open beta before the end of the year and is exclusive to the Playstation Network.
Share this