The Olympics are done and dusted now, and if you’re anything like me, you’re now suffering from serious sports withdrawal. No more is there hours and hours of athletic awesomeness to look forward to each day. And, in fact, it’s over 1000 days before the next games.

It’s a long wait, and that means that there’s a lot of sports I loved that are really hard to follow for the next four years. So I got to thinking: what Olympic sports would I like to see EA Sports take a crack at (not including the ones EA Sports already does)? I’ve come up with five. Obviously a lot of Olympic sports are too limited to build an entire game around (the minigame compilations do that job just fine), but others are just as “big” and complex as soccer.

What did you think of these sports in the Olympics, and would you be interested if EA sports made a game adaptation? Let us know in the comments below! 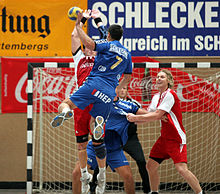 Handball is a big, big sport in Europe (and increasingly, Asia), and yet it’s a game that really hasn’t seen much attention amongst game developers. That surprises me, as it is a really dynamic, exciting sport, with plenty of strategic depth and a lot of reaction-based play as well.

The only reason I assume it isn’t already a game franchise is because its popularity in America, Japan and Australia is so far minimal at best. But c’mon EA, the Europeans love it! 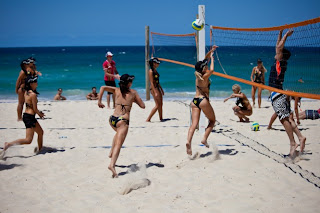 Beach Volleyball is often thought of a “all sex, no smarts” sport, and when Tecmo Koei produces a range of jiggle-heavy beach volleyball games staring Dead or Alive characters, you could be forgiven for thinking that’s all the games industry can do with the sport.

It’s not true at all. If you’ve ever played Beach Volleyball, you’ll realise it’s a seriously challenging sport, requiring a similar understanding of court dynamics as tennis. Then the bikinis on the boxes could help sell the game. 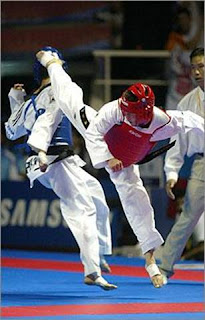 Here’s a game I’m thinking in more of a context of a fitness game, but I think using, say, Kinect, it could be a compelling experience. Taekwondo is a superb workout, and the body motions of going through the figures would map well to motion controls, I feel.

It would have to be EA Sports, though. There’s a lot of potential for genuine fitness/ training games as we move into the second generation of motion controls with the inevitable Kinect 2. Time to move away from simple minigames that raise a sweat and into some proper fitness tools. 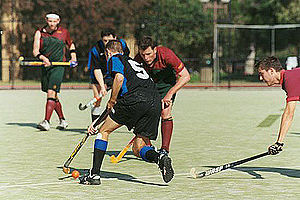 There’s lots of ice hockey games. Not many hockey games. The curse of not being popular in the US again? Possibly. But Hockey is a compelling sport in its own right. The ball travels at the speed of an ice hockey puck, but on a much larger field, emphasising a different kind of teamwork.

The danger would of course be that the game would not be fundamentally different enough to soccer to bother, but the sheer speed of the ball should introduce a subtle, but significant, different dynamic to a game. 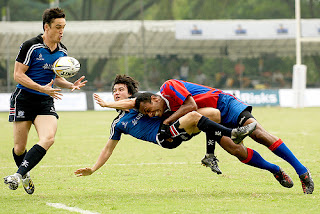 I’m cheating a little here. Rugby won’t be an Olympic sport until 2016, but it’s a sport I’ve wished EA Games would tackle for a while now. For one of the biggest sports in the world (the Rugby World Cup is one of the most watched events in sports) it’s a pity that a really high-profile sports developer hasn’t tackled the challenging, but exciting sport of Rugby.