Before we even get into that though, remember that whoever you buy from, you’ll be getting a post launch bonus with a downloadable level based on the new Bond film Skyfall. That’s pretty cool as it is, but it has nothing to do with pre-orders. And on that front…

Pre-order Now from Amazon.com – Nemesis Pack
Play 007 Legends through the eyes of two notorious Bond rivals – Jaws and Baron Samedi. With the Nemesis Pack, gamers get to play as Moonraker‘s space-suited henchman or Live and Let Die‘s voodoo king sporting his iconic skeleton paint in the Legends and multiplayer split-screen modes. Unlockable only for the Xbox 360® video game and entertainment system from Microsoft and PlayStation®3 system, for a limited time, while supplies last.

Pre-order Now from GameStop – The 007 Pack
Players will be able to dress for success in split-screen multiplayer mode with an exclusive James Bond character outfit, and additionally, use the most famous of James Bond’s handguns – the Walther PPK pistol. With the 007 Pack, fans also get early access to the Fast Switch gadget, which increases weapon swap speed by 50%. Unlockable only for the Xbox 360 and PlayStation 3 system, for a limited time, while supplies last. 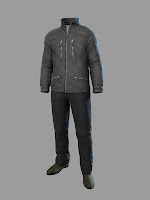 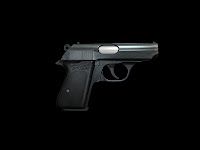