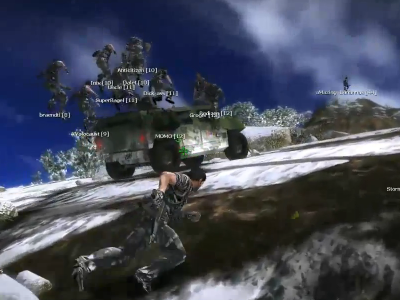 Just Cause 2 was a pretty amazing game. While games like Grand Theft Auto have given players a world to experience, Just Cause 2 gave players the tools to experience that world in a new, more ridiculous way than ever before. But you know what would have made the game a masterpiece? Multiplayer.
And aren’t you in luck, because some clever modders have already thought of the idea and are working on a multiplayer mod for Just Cause 2 simply labeled JC2-MP. Not only that, but for the entirety of the upcoming weekend Just Cause 2 owners will be able to download and play the current beta version of the mod. Starting this Saturday from 10:00 AM CET (4:00 AM EST and 1:00 AM PST) and ending at 10:00 AM on Monday (13/8), the servers will be open to all who install the mod.

Unfortunately, there are some strings attached to this current version of the mod. Not only is server space going to be naturally limited due to bandwidth limitations, but some main gameplay features from the base game have not been implemented yet. Not only are elements like the vehicle hijacking minigame and instant transportation unimplemented at the time of writing, but the black market feature as well as NPCs are nowhere to be found. Also, if you are wondering if you could get your hands on a copy of the server software, you are out of luck; the modding team has quite clearly stated  in the FAQ that they will withhold the server software until the complete JC2-MP mod is publicly released.

However, if you are still wondering why a multiplayer version of Just Cause 2 would be any good, the following video might change your mind:

As of the time of posting, there is a little more than 16 hours until the public test for JC2-MP goes live.