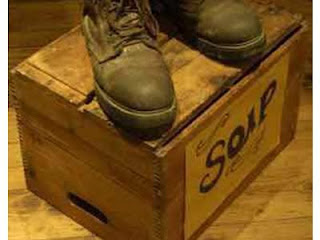 There’s an opinion piece over at Forbes about the “problem with video game reviews.” Since Forbes was kind enough to try and pull apart one of my opinion pieces not long ago, I would like to take the opportunity to return the favour (a little bit vindictive, perhaps, but this needed to be said anyway). Their headline is right, I’ll grant (and very attention-grabbing, well done guys): there are indeed problems with the way critics write video game reviews, but they’re for none of the reasons that the author of this piece claims.

To save you the need to read a rather self-indulgent attempt to vindicate the author’s writing style, here’s an overview of the author’s line of argument: video game reviews don’t work because while you only need two hours to watch a film and review it, you need 100 hours to play Skyrim to completion to review it.

I could take the easy way out here and simply point out that the author actually ruins his own argument; there are many fine literature critics out there, and yet a book takes many hours to read. But let’s go a little deeper here, because I do think there are a lot of critics that simply do not understand the critical process, especially in the games industry. A video game review is not there to tell a person “how good XXXX game is.” In an era of demos and YouTube consumers are perfectly capable of figuring that out for themselves. No, the purpose of games criticism is to place the game within a broader context and analyse how the game works as a part of a very big, very lucrative industry.

Those reviews that merely break a game down into its components and then tell you how fun it is are not engaging with the game properly. In fact, I would argue that those reviews are mere marketing functions. Listing the features of a game is exactly what a PR company does with a press release. The difference is that game critics like to list the negative features and attach a score that might ward some people away from buying a game. Because of this technical difference a game review is considered more balanced than a press release by the mass public. And that’s exactly why publishers give copies of the game to critics for free – the value of that legitimacy as a marketing tool far outweighs the inevitable negative reviews.

Even bad games benefit from this kind of publicity – I think we’ve all been in a situation where we heard of a game from reading a negative review, and still found it interesting enough to buy the game.

So, Mr. Forbes writer, the real problem with video game reviews is not how long it takes to produce a review. The real problem is that because most critics take the most simplistic approach to reviews possible, games criticism is nothing more than a marketing function for the publishers.

So what should games criticism look like? Like any art work, a game is a product of the society that made it. It reflects the dominant social desires and fears, and while the commercial objective of a game is to be fun and sell a bunch of copies, the importance of games is the same importance of the other arts: the good ones are there to make a statement.

A good film critic doesn’t break a movie down into elements like “special effects, music, story, entertainment value” and assign is a score. A good literature critic doesn’t read a book and then write a review about it as though it’s the only book that has ever been written. A good art critic understands the philosophy of aesthetics and knows about the various art movements that have come and gone.

Like his/ her peers, a good game critic should not be writing about a single game game. He/ she should be writing about how the game fits within the broader context of gaming. The game critic should understand how genre works (given many don’t even realise that a Zelda game is not an RPG, we’re off to a bad start there). The game critic should understand aesthetics and interactivity, and the philosophies behind those artistic concepts. I doubt many games critics have even heard of Marshall McLuhan or Michael Foucault, and yet both philosophers are intensely important to genuinely understanding games.

I think the greatest recent example of what I’m talking about is Lollipop Chainsaw. There were a massive number of reviews written about this game. They all focused on the utterly trivial things – the game’s length, the sexism (apparently many games critics don’t even understand irony), the simplistic combat system.

And that is the real problem with games criticism. We are all guilty of it at times, and at other times games are genuinely braindead works and are not layered like an onion. Not every painting is a work of art, and not every game deserves a “proper” critical analysis. A good critic can tell the difference between the two, but as for a game’s length preventing a good critical analysis of a game? No, sorry, that’s no excuse for bad criticism.