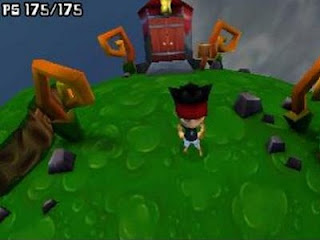 Almost two years ago, Tim Schafer and crew were responsible for one of my favourite little RPGs of the generation. Costume Quest on the PS3 and Xbox 360 played out a lot like “my first RPG,” it was so simple, but it was also endlessly charming – the perfect way to spend a weekend.

Renegade Kid’s Planet Crashers is also “my first RPG;” it just has none of the charm whatsoever. Running through dungeon after dungeon completing random quests you didn’t care about in the first place can only hold you for so long, and unfortunately, this game grows tiring quicker than most.

The basic idea is absurdly simple. Your avatar is told she has to go defeat a big evil and… well, that’s it, literally. Two or three brief dialogue boxes, and you’re off to do your own thing. Of course “your own thing” in this game means literally two things – accepting quests, and running through dungeons to complete them. There is absolutely nothing else worth mentioning to the way this game runs through – there’s non-essential areas to visit for more experience, but they are more of exactly the same. 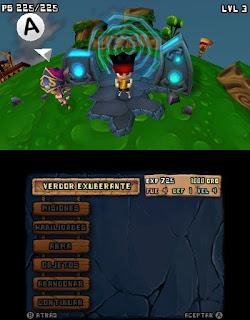 Running through those dungeons is not really interesting to boot. Each level is made up of bland, empty corridors and rooms, randomly filled with enemies and loot. Combat is entirely boring – one-on-one combat where he who has the highest level and best weapon will win. Skills and weapons don’t do anything interesting – the further along you get the more powerful the skills and weapons become. So doing well at this game is simply a matter of equipping the most recent stuff you’ve earned (by completing quests – see how circular the process is here?)

Worse, the combat takes ages to play out. Attack animations are painfully slow, and because the combat rewards (in terms of experience) are so minimal, it’s actually more efficient to simply run through the dungeons and avoid the combat on the way to complete a mission, which is usually quite lucrative.

What do you call an combat-based RPG that makes the combat pointless? A pointless game, is what.

The game is split into a number of “planets”, and about halfway through you’ll wish there’s half as many planets to traverse. They’re locked away until you can hit certain experience levels. The final planet, for levels 30+, requires a lot of grinding. Congratulations to anyone that gets that far, but at least each world looks substantially different to the ones that come before. The overall visual style of the game is a highlight, but we expected no less from Renegade Kid. 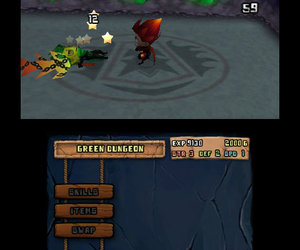 Finally, there is an online multiplayer mode, but that simply pits one player’s avatar against another. Given that the person with the highest level is all-but guaranteed to win, this multiplayer mode is dull after one play, and that’s just as well, since that the online community, such that it is, is already dead.

I love that the eShop has attracted an RPG. It’s my favourite genre, and it’s definitely a genre that is currently underdone on the 3DS. What I don’t like is how poor this game is. It’s a repetitive, dull, and too-based game and pushing through to the underwhelming conclusion is the very worst kind of grinding.