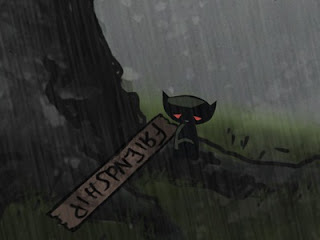 War has its consequences. It is bound to leave a few bodies on each side and hurt countless other people in its wake. And even then sometimes no one side wins a war; both sides may give up and and attempt to address the destruction the war has caused both of them. Also, Steam is having another sale.

Unfortunately I was unable to report on Steam’s daily deals yesterday since real life got in the way. However, thanks to the roll-over sales, I can report those deals along with today’s daily deals, making this a double daily deal. Strap on those seat-belts, we are going into the zone of the spending (remember: US dollars displayed only);

Remember that the daily deals for Day 8 will disappear in a short eight hours, so you may want to quickly jump on those deals while they last.

The trend of the indie bundles continued with Indie Bundle 8 and Indie Bundle 9. IB8 includes Demolition Inc., HOARD, SOL: Exodus, Swords & Soldiers HD, and Wings of Prey while IB9 includes Capsized, Jamestown, Revenge of the Titans, VVVVVV, and Zeno Clash. I honestly give my vote to Indie Bundle 9 as it contains more titles that appeal to me and my taste. However, Indie Bundle 8 is still solid.

Here are the current Flash Sales for the second of posting;

The current Community Sale is the entire Splinter Cell franchise (the front page lies), with little over three hours on the clock left before either Risen, Divinity II, or Two Worlds II takes its place.

As for recommendations, I will point out three specific titles. Amnesia: The Dark Descent is, as I have said, the answer to those complaining about modern games not being scary. The reason is that on top of a brilliant atmosphere, the game really understands what horror means; it means hiding behind a corner, hoping that the monstrosity right around the bend happened to not see you. The second title is a bit of a two-for-one; Deus Ex: Human Revolution and the original Deus Ex are brilliant games. They both deal with conspiracies and the world around them while also giving the player a certain degree of choice. Although, be informed that Human Revolution is the weakest of the two games when it comes to letting the player decide their path, so I recommend playing that game first. My final recommendation is Magicka. It is a comedy game that has a solid spell-combining mechanics and is an absolute blast to play with friends, especially on the first playthrough.

The weekend discussion: “How big is your games backlog?”