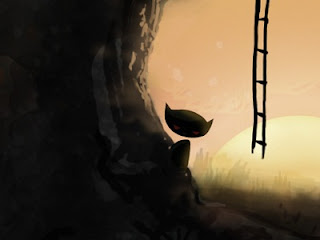 Today is a sad day. You can obviously tell by the sunset and dramatic voice-over. Today marks the fifth time that this has happened. It does not just affect me, but also the people around me and around the world. Today is the fifth day of Steam’s Summer Sale of 2012.

Unfortunately, today’s daily deals are grim and gritty. I cannot see single game that is or wants to be happy. This is also reflected in the background for today, as it depicts a sunset and the Steam mascots (Do they have names?) walking away with no expressions of joyfulness or valor in their faces. The prices for the sad games below are listed in US dollars only;

Yet again, another indie bundle, this time named Indie Bundle 5, has appeared on Steam. This bundle includes Audiosurf, Greed Corp, Gemini Rue, The Tiny Bang Story, and Ys: The Oath Of Felghana. This is not exactly a bundle full of hits nor does it contain many games that have garnered cult followings, so it is an easy pass in general.

Although the current Flash Sales are a bit brighter, they still come off as slightly dark and not looking to be enjoyed because of their lighthearted tones;

As for today’s recommendations, I have nothing. At least, nothing from the daily deals; I have literally played none of those games to a sufficient amount as to undoubtedly recommend any of them. However, I can say that if you are wanting to lung for Iron Front, I highly recommend you check to see if you can run the ARMA II engine at a decent framerate without having to tweak anything. Iron Front uses the ARMA II engine and for those uninitiated, the ARMA II engine is a complete mess. While it can do amazing things, the engine is such a pain to tweak that it may not be worth it for those unable to make the engine run the first time around. However, if the flash sales listed above are still ongoing, I do recommend buying Cave Story+ and Amnesia under a few conditions. If you have not played the original Cave Story and decided that you would like the additions that the plus edition adds, then go spend your money on Cave Story+. If you feel that modern horror games do not perform the horror aspect of the genre well, then I highly recommend picking up Amnesia as it does everything right that most other horror games do wrong.