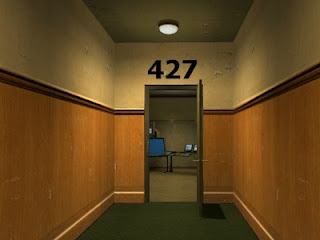 It can sometime be hard for creators to respond to fan criticism. If the creator decides to ignore complaints then they risk losing an audience while also potentially enhancing their work, but if a creator decides to accept complaints and take action upon them they will undoubtedly cause a small fan-base to complain and potentially devalue their original creation. It is a slippery slope that might not have an answer. That is, if you are not the narrator from The Stanley Parable.

In the below video, the pleasantly-sounding narrator from the hit Half-Life 2 mod The Stanley Parable responds to criticism of the mod and successfully remakes it to tailor the experience to the troubled fan who is simply known as Raphael;

As for those wondering why this video exists, here is the skinny; After Davey Wreden released his two years of work in the form of The Stanley Parable in July of 2011, the mod began to spread quickly and become universally acclaimed by almost everyone who played it. After a few weeks, Davey Wreden officially announced that he would be remaking The Stanley Parable on August 8th. After performing a few interviews with other sites, Wreden went off of the map until March of this year where he announced Galactic Cafe, The Stanley Parable: Mobile Edition, and The Stanley Parable HD Remix. Besides the obviously fake environments, the above video actually contains what are believed to be some scenes from The Stanley Parable HD Remix. Since Galactic Cafe has kept tight-lipped about the remix, it appears that we will only get any sort of “Progress Updates” on the remix if we pay attention to the Youtube account ‘thisisthestoryofofof‘, which in itself appears to be the Youtube account of the narrator from The Stanley Parable. The above video is the second video the narrator has posted, with the first video being the narrator taking on some broader criticism the mod has received.

Another neat addition to the above video is that the narrator is now accepting questions from anybody and everybody. If you email a question directed at the narrator using the email address of askthenarrator@galactic-cafe.com, the narrator may-or-may-not answer your question depending on if the narrator sees anything in it.