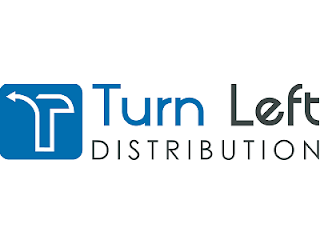 Brian Quigley has been around the games business for many years in Australia, having held roles with both THQ and Nintendo.

Now he has his own business, and it’s off to a great start. Turn Left Distribution has been set up as a third party support business for those (many) A-grade game publishers with no local presence of their own.

Already Turn Left has signed on to represent Disney in Australia. With Epic Mickey 2 not long away, it looks like Quigley’s in for a pretty good year.

He sat down with us to answer a few questions about his new business, and the opportunities he sees in the market.

Digitally Downloaded (DD): What inspired you to set up a distribution business in Australia?

Brian Quigley (BQ): I’ve been involved in the video games industry in Australia for close to 10 years at both THQ then Nintendo, then back to THQ again. A large part of that time was spent working with other publishers, managing the distribution of their games into Australia and New Zealand – businesses like SEGA, Capcom, Disney, Tecmo Koei and many others.

We’re at a very interesting time in the industry in that it is changing at a rapid rate. Traditional publishing and boxed products aren’t going away but publishers are trying to operate in a smarter and more nimble fashion. Having a large local office in every territory doesn’t really fit the new publishing model and we saw an opportunity to offer a high quality, distribution option for publishers who either do not have direct offices set up in Australia or who are looking to re-align their business.

DD: Everything is obviously quite new at the moment – your Website doesn’t offer up a lot of information. What are your current priorities in getting the business up and running?

BQ: We had two priorities when starting up:

The first was having the right people in place to be able to offer the level of service and expertise that would be the best in the industry. We have been very fortunate in achieving this with our key Management team all having many years of experience in not just the gaming industry but more specifically dealing with distribution.

The second was securing a AAA publisher to launch with, which we again were very fortunate in achieving with Disney Interactive Games.

From here we are looking at securing another AAA publisher and growing the team but not expanding too rapidly or too broadly.

DD:  How did the Disney partnership happen, and how many publishers are you aiming to represent in the future?

BQ: Having been in the distribution game for many years we had many existing relationships with publishers including Disney. Eventually we expect to be representing two or three AAA publishers. For us it’s very much about quality over quantity and offering the highest level of service to top tier publishers rather than trying to work with a large number of partners.

DD: What kind of support services are you offering your publisher partners?

BQ: First and foremost it’s about being their representatives in the market and acting as if we were actually part of their business. The basics involved in that include sales, physical distribution and warehousing, PR and marketing as well as customer service. We also help build their brand in Australia and New Zealand and go beyond what we need to do simply to sell their products. 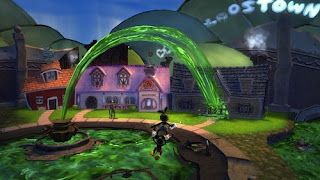 DD:  Physical retail sales are starting to give way to downloadable content. What role do you see for Turn Left in the download space in the future?

BQ: Firstly, I don’t think that the traditional ‘bricks & mortar’ retail proposition is dead and buried just yet. It’s still the largest part of the games industry, even if it is declining, and will be a major part of the industry for years. Secondly, even with digital content, publishers need local representation to help market and promote those titles. The benefit of being a new company is that we are building our services around the needs of publishers rather than trying to show-horn partners into existing setups built on a bricks and mortar business.

DD:  What do you see as the most interesting trends happening in the games industry at the moment?

BQ: I think the fascinating thing about the industry right now is the level of innovation going on. It’s hard to predict where things will go but the possibilities are really exciting.

There’s a lot of disruption and change from older established business models and everyone is having to adapt but it’s a great time to be part of the industry.

DD:  There’s a lot of controversy around game pricing in Australia. Can you outline the reasons that prices are as they are in Australia?

BQ: Pricing is a very contentious discussion point in Australia and really quite a complex issue. There are a lot of reasons why prices have historically been where they are in Australia and why the strength of the Australian dollar hasn’t impacted pricing as much as a lot of people would have liked. That said, I think we are starting to see prices, for new release product, move towards those of overseas markets.