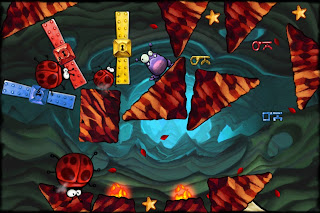 We often hear about how the iOS $0.99 app, as well as Free-to-Play and in-app purchases are a bit of a saving grace for some of the challenges that game developers are currently facing in the market.

With the big studios all over the world closing, many developers are taking a crack at going independent and developing these small games for low price points. Australia, especially, is subjected to this – very few large studios remain open in the country, so the choices are to either move overseas or hope to land an indie hit.

So, here’s some numbers that are a little worrying. Aussie developer, Pixel Elephant, had some good success with its game, Monstaaa! on iOS. It was priced at $0.99, was features on New & Noteworthy in Australia and New Zealand, and sold reasonably well. It’s also enjoyed some positive reviews from both readers and critics.

It sold exactly 22 copies with its Android release.

There, it was released as a free-to-play application, as the developer in his blog said the expectation is that Android users don’t like to pay upfront for games. It was downloaded quite a few times – 11,135, and off that. 2281 users finished the eight “free” levels.

That’s a horrific conversion rate from people that finished the “demo,” and felt the desire to support the developer with $0.99 for the full game. The end result? Even adding in the nearly-$1,000 revenue from the iOS game, Pixel Elephant has barely made enough money from this game to live in Australia for one week.

Not long ago we wrote about another Australian developer going out of business on the basis of disappointing iOS sales. It looks like that iOS game development bubble is starting to pop, when genuinely good games are unable to net a developer even $1000.

Or it’s just a sign that Pixel Elephant needed a more aggressive marketing campaign. A little marketing investment generally helps to separate the cream from the crop.