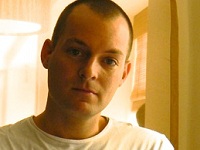 He might be only the most recent in a long stream of industry veterans to speak out against traditional development models and for freemium gameplay, but American McGee is a voice worth listening to – this guy deserves a whole lot of respect.

The man behind the rather brilliant American McGee’s Alice, and the disappointing-but-entertaining Alice Madness Returns has spoken out against traditional games development. Now helming a mobile and freemium studio in China, he claims the two freemium games his new company have produced has raised more revenue than Madness Returns ever did.

I have a lot of respect for American. I was fortunate enough to meet him and interview him briefly at a media event a few years back, and the guy struck me as a deeply intelligent and creative but business savvy individual. When he says something like “Earning out on a console title is like digging out from under an avalanche,” it’s not just a great soundbyte for a news story, it’s a genuine call out in frustration.

American is a guy who clearly likes to make big-budget, traditional games. Madness Returns was flawed, but it was a game made with real passion. “It [the market] was unsustainable from inception. Looked at from the perspective of external markets where consoles aren’t the foundation of the gaming ecosystem, the idea of physical media (discs) and fixed location gaming (consoles) now seems anachronistic,” McGee said.

I’ve already run through some of the many reasons that the traditional development business model is especially challenging right now, but to bullet point them:

– Escalating development budgets, and more high-profile games to compete with has not been offset by increasing game costs. Indeed, the perception amongst consumers is that games are still overpriced. This is a tension that is directly impacting on developer and publisher profitability.
– Rampart second hand sales as a result of a retailer love/hate parasitic relationship with the games industry means that developers and publishers are essentially competing with their own products. This in turn means early and aggressive discounting, directly impacting on developer and publisher profitability.
– An unwillingness for consumers to adopt DLC or protections against second hand sales. It’s never a good idea to put consumers off-side, but there are few other avenues for developers and publishers to maintain profitability.

Combined and with other incidental factors it seems inevitable that those traditional games business models are going to fade into oblivion, and claim a few more high profile scalps along the way. Often when developers or publishers criticise the state of the market people dismiss what they’re saying on the basis of “bad business,” or “bad games,” but with American, neither is the case.

And that’s why his criticisms should be carefully considered. We all love those big blockbuster games – whether it’s Final Fantasy, or Call of Duty, or Assassin’s Creed, or even Mario and Zelda. The business model that made all of those games will either change dramatically or disappear entirely. Will those beloved franchises change to match?

Frequent Flyer Rewards falls under the sway of mighty Cthulhu