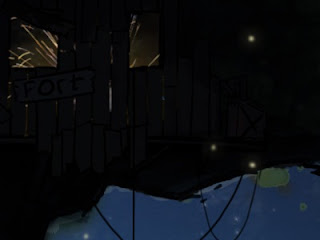 Something is happening. The seas are dry. Volcanoes are empty. The winds have stopped blowing. And Steam is having another sale.

According to that dramatic introduction, everything is normal. I like to think that since there is no more water in the sea, the jellyfish have amassed into the biggest pile of the most delicious pudding. Mmm…pudding. Anyways, today’s daily deals are made of pudding. Did I mention I like pudding? Pudding. Anyways, Steam’s pudding is only in US pudding dollars:

Yet again, Steam has another indie pudding bundle up. Called Indie Bundle 6, this bundle includes Aaaa!!! For The Awesome, DEFCON, SpaceChem, A Ticket To Ride, and Trauma.

The current Community Pudding is Sanctum at $2.49. Please buy the pudding out of Sanctum; it is a great pudding-defense game mixed with a first-pudding shooter. The next Community Pudding will end in a little over 6 hours and is between Torchlight, Far Cry 2: Fortune’s Edition, and Oblivion.

No pudding recommendations; instead, put the word “Pudding” into any game title! Do it! Warpudding: European Escalation! Company of Pudding! Grand Theft Pudding! Pudding!

American McGee doesn’t much like console game development now; why we should pay attention

Hyperdimension Neptunia mk 2 coming to a PSN near you