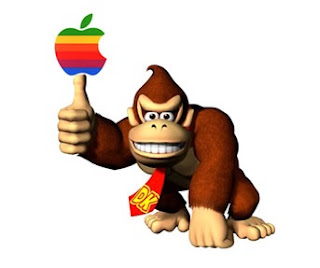 I know I’ve written on similar topics in the past, but I think this is a topic worth revisiting, as the signs are there that now is the time for it to happen.

What am I talking about? Who Apple will acquire in the gaming space.

I would argue it’s an inevitability; Apple is a cashed-up giant with near unlimited resources at its disposal, but some rising competition in its flagship iPhone and iPad businesses. It’s a company that’s going to need to start finding some new opportunities in order to maintain that market-leadership position.

The rumours persist that Apple is developing a TV (enough so that it seems like an inevitability to me), which really only leaves one area where Apple does have an inferior position to the rest of the market – gaming. What’s the best way to grow? Improve in those product categories that you’re involved in, but not the market leader.

Apple has traditionally had a love-hate relationship with gaming. Steve Jobs (despite getting his start at Atari) wasn’t a fan of games and resisted having games on the iDevices. It was only after he realised that games put phones in people’s pockets that he changed his tune. And yet, despite nominally supporting game developers with the likes of Game Center, the space was always an afterthought: Jobs wanted his iDevices to be cool, slick, office gadgets, not gaming devices.

I think Tim Cook is more pragmatic and indeed gaming has become a core marketing platform for the iPad. It’s safe to say that the whole gaming space is foreign to Apple, though, and I don’t see it using its resources to build new software and hardware capabilities from scratch.

So I think Apple will start making some acquisitions in the game space. Especially since right now the market is just prime with acquisition opportunities.

There’s no fewer than three major gaming corporations that are, on the stock market, valued massively lower than their capabilities would suggest. EA, Nintendo and Sony are all essentially cheap buys right now. And all three would bring significant value to Apple – EA is already the premier iOS publisher, which would essentially turn 50 per cent of the iOS mega-hits into first-party titles. Nintendo has an incredible R & D heritage in hardware that Apple could leverage to bring “buttons” and other accessories to its buttonless devices. Sony would offer a bit of both, as well as some excellent Cloud and non-gaming content services.

And in return, all three of those companies would flourish under Apple. EA would be able to focus on sourcing great games, and not panicking that dedicated games publishers are a dying business model. Nintendo would finally have the resources to properly realise its creative ideas. Sony would not be dealing with a financial black hole.

I know many people worry that their favourite companies would be ruined after being acquired, but Apple has so far done a great job of integrating those that it has acquired into a healthy ecosystem of technology that is rightfully dominating the world right now. Apple’s acquisition into gaming, when (not if) it happens, will be a good thing for whoever Apple likes the sight of.