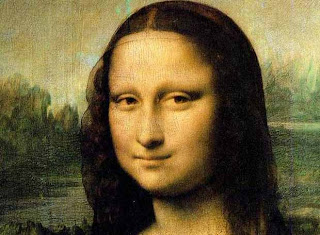 There’s been a couple of high-profile industry veterans who have recently expressed frustration over the way fans behave in the games industry.

Both Nintendo of America managing director, Reggie Fils-Aime, and the man behind Tekken, Katsuhiro Harada, have become rather bemused by the response they endure at the hands of the fans. I’m rather surprised the folks at Bioware haven’t added their own voices to these recent outbursts, given they were forced to rethink the ending of Mass Effect 3 after a fan outcry.

It’s become clear that the balance of power in the games industry has shifted to the fans. It’s been used for good – putting pressure on Nintendo to localise three JRPGs that have become modern classics, for instance. It’s also been used to force developers to rework material to appease the fans, for fear of the dreaded flood of negative user reviews on Metacritic.

Some would see that shift in power as a positive. If fans are able to get Cole MacGrath’s costume “fixed” because they don’t like the direction Sucker Punch took it in Infamous 2, it’s a sign of the democratisation of game development, they’ll claim. Opening up game development to become a collaborative process where the developers work with the gamers will lead to better games, the assumption is.

Why, if the process of democratisation keeps going, we as gamers will be able to demand that “rape” scene in Tomb Raider is removed because it’s unpleasant. Or we’ll be able to vote on the cast for the next Smash Brothers. It’ll be a real “dream team” then.

The problem is that that very democratisation will destroy the games industry as an artistic medium.

Taking creative power away from the developers is going to lead to an utter steralisation of the games. It will reduce the role of the developer to that of a factory line of coding – they will do nothing but construct platforms for the gamers to then input their demands on to, and in turn this will lead to game experiences become increasingly bland and generic for fear of upsetting gamers. To put it another way: if a development team is held accountable to every single creative decision they make, they will stop being innovative – the economics will not support the risks.

When developers are no longer able to even stick a new costume on a character for fear of having the project put through the negative PR grinder, then the games industry has no right to claim it’s an artistic medium. Think about it this way; in what other artistic endeavour is the creator beholden to the consumer? Did Leonardo Da Vinci have a group of people looking over his shoulder, offering “advise” as he painted the Mona Lisa? That turned out to be a pretty important work of art, yes? What about literature? Did Emily Bronte have to rewrite the ending to Wuthering Heights because some people found it depressing? In cinema, did Orson Wells need to remake Citizen Kane because the Rosebud reference was too subtle for some viewers?

Gespar Noe’s Irreversible has a rape scene too, but there the cinema audience and the critics banded together to prevent the movie from being censored or banned. Over in the world of games, though, Tomb Raider has an implied moment of brief sexual violence and you have game critics calling for the heads of everyone who was involved in the production. Elsewhere, Goichi Suda uses ironic sexual humour and grindhouse themes in his games and gets slaughtered by a large portion of the games industry. Quentin Tarantino does exactly the same thing in his films and is lauded as a hero of the form.

So, I’m going to put a challenge out there to gamers (and critics): Is the games industry and artistic medium, or not? Or, in other words, what do you want it to be?

I’m not talking about games having pretty graphics. That’s not art. That’s pretty graphics. Art is not just about being pretty. Art should also be able to challenge people; making them feel uncomfortable and opening up questions about society, philosophy and religion. But more importantly: art does not compromise, and should not be made to compromise. Each work of art is the vision of a single person, or a small group of people, and people either appreciate it for what it is, or pass it by in order to find something else.

If we are to accept that games can be art, then we, as a community, need to understand that not every game is going to be developed for us personally. That doesn’t mean they’re games that need changing – some games are going to offend us, and other games are going to antagonise us. We need to accept that, perhaps analyse why the game makes us react the way it does, and move on with our lives.

What we should not be doing is attacking the developers, or demanding they change their games to suit our tastes. Art is only valuable when it is the vision of the artist being displayed on the canvas (in this instance, a digital, interactive canvas). To ask a developer to compromise their vision is the very antithesis of art.

Want some proof of this in action? Here’s a Wikipedia article for you on Soviet Realism: http://en.wikipedia.org/wiki/Socialist_realism. This was an art style that was mandated by the socialist political parties of the era, and is well known for being utterly devoid of high-level creativity. When you’re essentially forced to paint a certain theme in a certain way, it becomes difficult to break down boundaries and come up with new (and better) ways of doing things.

I see the games industry teetering on the event horizon of exactly the same creative black hole looming ahead. The difference? Rather than having a draconian party leaning over each and every artist with the threat of execution if you don’t toe the line, the modern game developer answers to a draconican consumer body that threaten to commercially execute anyone who doesn’t toe the line.

The alternative to all of this is to accept that Robert Ebert & Co. are right and games are not art. When a game has no artistic vision on the part of the author, then it is just that, a game. Dungeons and Dragons, Chess and even sports are not examples of art. There’s a set of rules, and the players put their own narrative into the experience. These rules are often changed in response to demands from the community that supports them, as they are simple mechanics designed to enable the event. That is to say, the rules themselves are unimportant, it’s the engagement with the players that is important. They are games.

Games are not art. As much as we, as gamers, like to act as though video games are art, the reality is that the industry itself seems to be more interested in pushing it in the other direction. It may well be that that’s what is best for the industry – as someone who enjoys art and also enjoys games it doesn’t necessarily worry me either way. But to those people who have a good old laugh at Ebert, but then demand a new ending to Mass Effect 3, I say this: figure out what you actually want, because you’re the group that’s stopping the games industry growing as either an artistic or gaming medium. You’re confusing the developers, and it’s very difficult to give you what you want when there’s confusion out there.

Sony, Nintendo, EA: will one of these be Apple’s first big gaming acquisition?