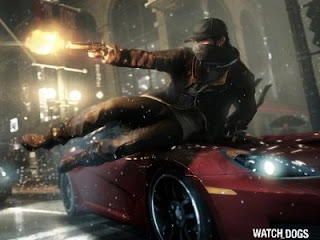 At an event like E3, people expect the big games to take hold of the show; games like Halo 4, God Of War: Ascension, and whatever Nintendo has up its sleeve are the games that people usually see dominate these industry events. However, during Ubisoft’s E3 conference, Assassin’s Creed III, Rayman Legends, and Far Cry 3 all had a contender for attention, which bore the name of Watch Dogs.

A completely new IP, Watch Dogs is planned to be an open-world game where the player has control over the entire city through the powers of hacking. Below is the nine-minute demo that was played during Ubisoft’s E3 conference which details how the hacking would be implemented into gameplay.

After confronting a guard in a not-so-silent silent takedown, the main character exits the club from a back entrance. The main character starts to see his target’s path on the road, which prompts the main character to time changing the traffic lights in order to cause a pile-up that halts traffic to a complete stop. After disposing of what appear to be bodyguards of the target, the main character confronts the target and kills him, stating beforehand that the target’s death would “Send A Message” to the world. In  his escape, the main character is spotted by police, in which he again brings up the hack wheel and times the rising of a bridge so that it makes the perfect getaway. The trailer ends with the phrase, “Everything is connected. Connection is power.”

Watch Dogs currently has no release date or planned platforms of release yet. However, the game was demoed on a PC, highly suggesting the game will come to computers.