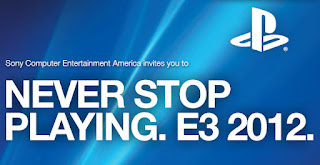 Sony’s live E3 2012 press conference has concluded. Below, you can see our coverage of the event as it originally appeared.

Like our Nintendo Direct and Microsoft coverage before, we’ll be providing a play by play for Sony’s E3 conference. If you don’t have access to a computer or a flash capable device, these text updates should do the trick. Tune in with us soon!

Expect to hear news on over 20 new titles including some known ones like PlayStation All-Stars: Battle Royale. Sony is already hyping “crazy good” offerings for PlayStation Plus tomorrow.

You can also watch the press conference over here or even directly through your PS Vita/PS3. It can be viewed straight through the PS3’s XMB in the “What’s New” section without the need to search for it.
Share this