EA announced today that much like Call of Duty’s subscription based ‘Elite’ plan, their own military shooter Battlefield will offer a membership starting… now!*

Members will be able gain access to upcoming expansion packs at a rate of two weeks before anybody else. They’ll also get exclusive items and invites to special events that won’t be open to non-members. 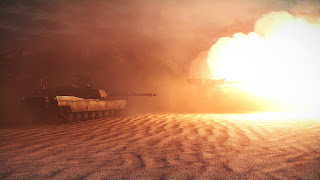 STAND OUT WITH EXCLUSIVE IN-GAME ITEMS
Get recognition and stand out with unique in-game items including the one-of-a-kind ACB-90 knife and a set of Battlefield 3 Premium dog tags. Players can further customize their experience with new exclusive soldier camos, weapon camos and unique Assignments.
ACCESS POWERFUL FEATURES
With Battlefield 3 Premium players have the unique chance to reset their Score/Minute, Kills/Deaths, Win/Losses and stats if they want a fresh start with their multiplayer soldier. To further recognize their status, players will receive queue priority, more decals for their Platoon emblems, and the ability to save their favorite Battle Reports.
JOIN UNIQUE EVENTS
Rank up faster with exclusive Double XP weekends and take part in unique events.
GET STRATEGY GUIDES & VIDEOS
Watch videos with playing tips straight from DICE, access a set of deep strategy guides, and get exclusive sneak peeks from upcoming expansion packs.

Also, for anyone who uses the game’s social feature now, EA promises that Battlelog will remain free even with Premium in effect. Basically, that means that the stat tracking and customization options that anyone who plays can take part in, will remain intact for all.
*Actually the PS3 is running as a one week exclusive, so you’ll have to wait until next week to get subbed up on the Xbox or PC.
Share this