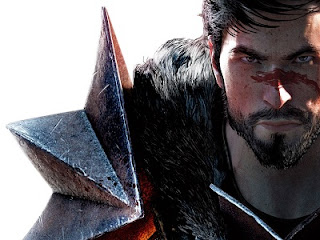 We’ll start seeing more information about Dragon Age III shortly, no doubt. Bioware’s fantasy RPG series has sold well in the past, and the original was a massive critical success to boot. Dragon Age II was brutalised, however, which might taint people’s expectations for the sequel.

So in anticipation of E3 and all the Dragon Age III news that we can probably expect, let’s have a look back at Dragon Age II. Specifically, was it really that bad? I don’t think so. While it was very different to Dragon Age: Origins, and clearly made quickly, it in itself was not a bad little RPG.

The thing that a lot of people seemed to find so disappointing in Dragon Age II was how limited the setting was. By focusing almost the entire game on the city of Kirkwall the game did indeed lack the epic scope of Dragon Age: Origins, but was this a bad thing? I’d argue not. The city-based RPG is a staple of the pen-and-paper RPG world of Dungeons & Dragons, but is rarely attempted in the realm of videogames. When it’s at its best, the city-based RPG provides an intricate world of political intrigue to work through, where facing off armies is replaced by working your way through social circles and unravelling labyrinthine plots. 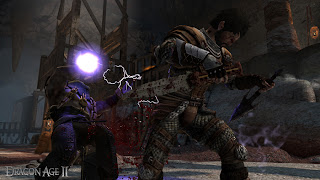 It’s harder to do in videogames when there isn’t a moderator (Dungeon Master) controlling the enemies and able to react to the strange decisions players are wont to make. And I’m not saying that Dragon Age II nailed it, but it did do a reasonable job. Kirkwall is an interesting city, and it does offer plenty of to do. There are lots of people to help and villains to defeat, and the underworld does a good job of acting like the world’s dungeons.

It helps that the characters are an interesting bunch, as they were in the last game, but this is even more critical for a city-based RPG plot, so it’s even more noticeable here. The banter between the different personalities as you explore the city helps give Dragon Age II a personality, and by the end of the game I did care a great deal for my little party of heroes. 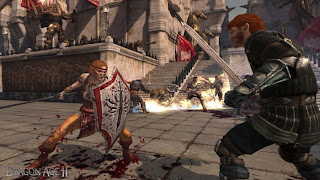 The combat was as good here as it was in the previous game too. More action-focused, yes, but streamlined in the right way to allow people who don’t want to think too much on the lower difficulty levels to feel powerful, while giving the more strategic fans something to dig their teeth into. The skill trees were all fairly useful, and finding the optimum mix of character classes was a strategic challenge.

My only real objection to the game is the equipment menu, which is a touch too streamlined. Aside from the central hero, Hawke, the companions largely dress themselves, and this was a mistake, as the loot side of the game was a lesser experience for it. 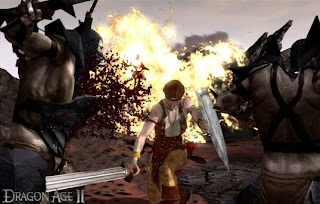 The only other thing Dragon Age II was really guilty of was being not as mind blowing as the original game. The shift in focus to a single city was a nice experiment for the series, and although I do hope Dragon Age III returns to the epic plotline, I don’t think the experience in Kirkwall is anywhere near as disappointing as the game’s reputation suggests.

What do you think? Were you disappointed with Dragon Age II, and if so why? Or, did you enjoy the game? Let us know in the comments below!

Mercenary Ops: get on Facebook now for a chance to join in the Beta

To the Moon to get a retail release!