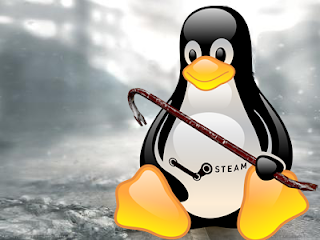 It seems that every year Steam is getting a bit better. Whether it’s expanding the library of games or adding great, useful features such as Steam Guard or the Steam Workshop, Valve is on a roll to making sure Steam is the best digital distribution service it can be. There’s only been one problem; not everybody can fully experience the service whenever they want without jumping through some hoops. Two future updates are attempting to resolve this issue.

The first update is remote game downloads, which will allow any Steam user to download games and update others. Currently in the Beta version of Steam, the feature allows a user to sign into the website, navigate to their games list on their community profile, and click an “Install” button, which will automatically start downloading the game onto the computer that has the Steam client logged in with the Steam account. While technically not a confirmed feature of a new Steam update, almost all of the features in Steam Betas have made their way in some form to the main client, so it is expected that this feature will follow suit.

The bigger update is that somewhere down the line, Steam, along with the Source Engine, will officially be ported to the Linux operating system. The first game of Valve’s to be ported is Left 4 Dead 2, as it is currently Valve’s most up-to-date game that doesn’t need any patching or is updated regularly with new content. As for why Valve has decided to port Steam and the Source Engine to Linux? In an article done by Phoronix, one of the biggest media companies dedicated to Linux-specific news, it’s mentioned that Valve managing director and head Gabe Newell has many negative things to say about Microsoft’s upcoming Windows 8 and that his knowledge and interest in Linux is outstanding. Although considering that Gabe Newell used to work for Microsoft, his comments may just be old grudges finding their way through the woodwork.