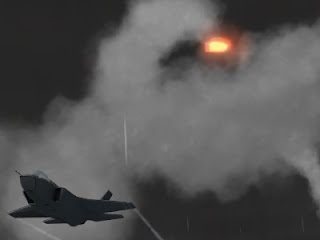 If there’s one skill you need in order to be a great submarine captain, it’s the ability to hold your breath. I say this because every sub-based war film I’ve ever watched – and I’ve seen at least three, so I’m clearly an expert – has involved a significant amount of purple-faced respiratory suspension.

It usually happens when everyone is clustered around the sonar screen, anxiously waiting for a trace that signals an enemy destroyer on an intercept course. Or it could be the time when a torpedo inexplicably disappears from the radar, only to re-emerge a few seconds later. Whatever the reason, these moments are full of tension and they usually end when something goes boom.

Naval War: Arctic Circle is all about those tense, breath-holding moments. The game area encompasses the chillier regions of the North Atlantic, so it’s usually a case of firing a missile and waiting as it crosses vast distances to the target. After a while it’s easy to imagine that you’re the sub commander from the movies, glued to the sensors for confirmation of a kill. By reducing everything to a set of simple icons on a map, the developers have stripped the gameplay right down to the essentials. I’m reliably informed that it plays like an updated version of the ancient-but-terrific Fleet Command but, for me, it’s a slower, deeper version of Introversion’s classic DEFCON. And that’s a very good thing indeed. 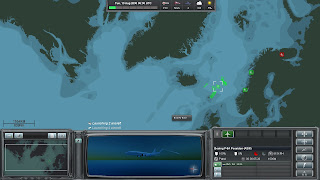 The story goes something like this: evil Russians invade! Outnumbered but plucky Scandinavians rush to the defence! Or, since there are two campaigns, you could interpret things as: glorious Motherland defends its mineral rights! Bothersome Norwegians get in the way! The plot is straight out of a Tom Clancy novel, but it’s well-told and keeps things moving along nicely. Typically, each mission will put you in charge of a handful of subs, surface ships and aircraft, and the first order of the day is to detect the enemy. After that, it’s a case of fending off attacks, launching aircraft sorties and inching your naval vessels into the correct position to strike. By the time you add electronic warfare, sensor buoys, anti-submarine helicopters and mines then it’s clear that there’s a lot of juggling to be done. 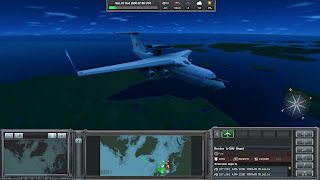 Naval War is also flawed in a few minor ways. Many of the scenarios set rather false victory conditions, and they sometimes end in glory even though it’s clear that the wider battle has been lost. In addition, the AI can be infuriating, so it’s necessary to micromanage the more important units to ensure that they defend themselves properly and don’t waste all their ammo on minor targets. Most annoying, though, is the lack of a mid-level save. I encountered the odd glitch and crash in one of the longer missions, so this really had me tearing my hair out. Paradox, if you’re reading this, please sort it out pronto. While you’re at it, can you smooth out the zoom function, include more music, and add in a colourblind mode? Thanks.

The only remaining thing to point out is that if you’re deterred by the rather basic-looking screenshots, don’t be. The 3D views complement the action on the strategic map, but they’re largely irrelevant when it comes to the gameplay. Naval War lacks fancy graphical frippery but delivers on budget-priced strategic fun. It really is all about launching missiles and waiting to see if they hit. Just remember to breathe out again when they do.