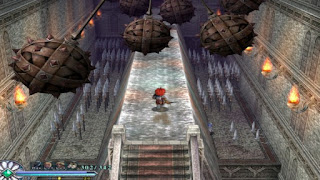 In the gaming community, many are quick to discourage remakes, writing them off as past glories. It’s often justifiable when you consider how many companies throw on some extra jazz and label it a new game. Nihon Falcom is above such lethargy, however, as Ys: The Oath in Felghana proves. It truly is a new beginning in every aspect, perhaps to the point where the originally solid game it’s based on is unneeded.
Wandering traveller Adol Christin heads to Redmont, the home of his friend Dogi. He ends up having to halt the threat of a nearby evil and slay some rabid beasts along the way. You’ll learn about Dogi’s relationship with his childhood friend Elena and help the townsfolk sort our their problems.
In all honesty, the story isn’t too engaging. It has the standard share of drama and comedy relief, but will by no means the center of your attention. This may be worrisome given half the game’s genre and how text-heavy the game can get with its unskippable cutscenes, but the action more than makes up for it.
It’s no easy task transforming a sidescroller into a cutesy 3D world full of life, but Oath in Felghana pulls it off with such tact that the mechanics of original seem utterly archaic. The addition of a new dimension allows for more dungeon pathways, improved combat, enhanced platforming, and numerous other major changes. 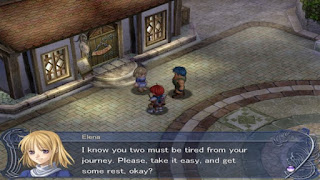 Adol is now quite the athlete, pulling off triple mid-air sword slashes and thrusting his blade earthward to dispatch of beasts. After a bit of progression, he also gains the ability to develop various magic powers that augment his jumping ability or roast hordes of foes with massive waves of fire. The magic lacks the precision of the sword combat, so it takes some getting used to, but a lot of the entertainment value here is largely derived from the otherwise tight control scheme.
The action doesn’t stop with simply slaying foes – Adol needs to traverse dungeons and master the art of platforming. The developers have cleverly allowed your sword slashes to influence mid-air movement, so you’ll often need to calculate timing for your jumps and slashes. Dungeons aren’t too much out of the norm in terms of what you’d expect from an RPG. You’re expected to solve some puzzles and collect a dungeon item in order to progress to the boss.
Speaking of which, bosses may be the highlight here. You might be able to blindly mash your way through the hordes of foes when playing on a low difficulty, but the bosses require much more dexterity. You need to constantly adapt to the changing patterns and attacks thrown at you by the demonic giants. Best of all, bosses have more attacks on higher difficulty settings. Subsequent playthroughs will feel fresh thanks to the adaptive bosses.
Despite the emphasis on action, the game still has its RPG elements on occasion. Outside of story progression, you can shop and upgrade weapons, collect gold, explore towns, and solve various side quests. It’s definitely worth noting, though, that the level up system is dynamically influenced by the action. The faster you dispose of beasts, the quicker your experience bonus bar increases, simultaneously encouraging action at every moment and reinvigorating the age-old task of grinding. 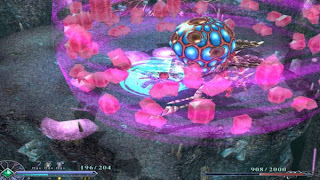 The game will probably only run you about 10 to 15 hours with the side quests et al, but there’s very little padding – every minute is worthwhile. As I mentioned earlier, you’ll want to crank up the difficulty and go through the game again.
As you’d expect, it’s quite a visual upgrade from the original 2D sidescroller. Packed with 3D environments and vastly improved character artwork, it shows instantly that this is the definitive version. There’s a bit of an empty MMO vibe going on, but that only makes it appear more accessible. You’ll still appreciate the more subtle effects, such as the way Adol dismembers seemingly comical enemies (impressive, considering the complete lack of blood).
The soundtrack is a lovely mix of upbeat classical melodies and more modern metal. As with the visuals, it’s quite striking upon first listen. The fast beats in dungeons are strangely invigorating, propelling you to keep those enemy death combos piling up.
Ys: The Oath in Felghana is essential material for anyone remotely interested in action RPGs. Aside from the fossilizing story, every other aspect ties together with such elegance that it surpasses the term “remake”. The required specs are minimal too, so here’s an excuse to start playing PC games if don’t already.
-Clark A

Another chapter for The Bard’sTale