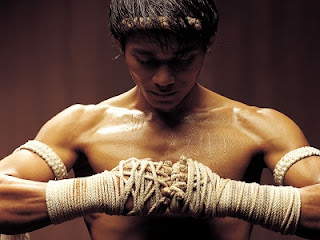 Hopefully everyone who appreciates the art of martial arts has seen Ong-Bak, a Thai classic film series that is almost poetic in its violence.

Thankfully, a native game development studio, Studio HIVE, has won the rights to make a game based on the Ong-Bak universe. You might not think of Thailand as the center of game development excellence, but that culture knows its martial arts, so we here at Digitally Downloaded have fingers and toes crossed that the potential of this license is realised.

We don’t know much about the game yet, other than the first game will be released in 2012, and will be across multiple platforms.

We do gave a press release quote from the business development director of Sahamongkol Film International, Akarapol Techaratanaprasert: “Ong-Bak is well known as a powerful international martial arts brand. We are very selective with our licensing partners and found in Studio HIVE the right partner to bring Ong-Bak to gaming platforms. Their approach to tie in movie and game is the right way to create a perfect interactive entertainment.”

In the same release, Studio HIVE general manager, Kan Supabanpot, said “it’s a great honour for our team to work on the very first Ong-Bak multiplatform game. As a Thai development studio we love the movie and have a deep understanding of the Ong-Bak brand values and we make sure that the videogame will be an inspiring martial arts action experience for gamers.”

India has slowly become a significant player on the global game development scene, so hopefully Thailand can follow suit. Ong-Bak is a real classic martial arts film, so stay tuned for more news!