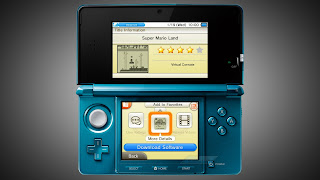 If you can manage to connect to Nintendo’s servers, you’ll see that the much-awaited “November” update has finally arrived on the 3DS. It adds numerous new features to the console including 3D video recording, new StreetPass mini-games, a new home menu icon, and, most importantly, an updated version of the eShop.

Here’s a list of most of the new additions:

-3D video recording of up to 10 minutes (per video, must be saved to SD card)
-Stop-motion animation videos
-Bug Fixes
-More QR code functionality
-Nintendo Zone now accessible to all users via the main menu
-Ability to transfer content from one 3DS to another
-Minor friends list adjustments
-QR codes can be scanned straight off the home menu, with just a tap of L or R

Being Digitally Downloaded and all, we’re most excited about the eShop additions. It’s currently under maintenance, but stay tuned for a more in-depth analysis later on.