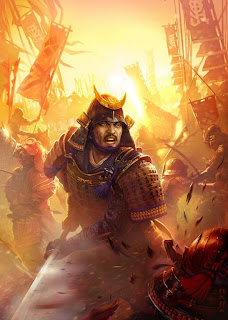 Paradox Interactive had guts to green light Sengoku. Coming hot on the heals of The Creative Assembly’s Total War: Shogun 2, the publisher is going to have its work cut out for it in terms of marketing to convince people to sign up for another dose of Japanese history. Luckily, the game is shaping up to be far more interesting than what the Total War game was.

The main difference between the two games is that Total War provides a granular control over your aspiring Shogun’s military force. Sengoku is more interested in providing a top-level overview of the political environment.

Rather than command units on the battlefield, Segoku focuses on building up villages and castles, tracking down the right individuals to control the various elements of the empire, and engaging in a spot of political intrigue. Really, it’s more like a game such as Tecmo Koei’s Romance of the Three Kingdoms or Nobunaga’s Ambition than any of the Total War games.

Further helping the game is its historical accuracy to the period, which includes family trees for even the lesser-known individuals of the times. It’s a truly impressive effort at research that has let this happen, and history buffs will just lap this up.

Unfortunately, the military engagements are not as likely to be historically accurate. Because you don’t have direct control over your units, the military side of this game plays out like a (very) elaborate version of the classic board game, Risk. Yes, terrain and commanders and morale count, but only to an extent when you’re outnumbered 4-to-1, it’s still a challenge to win. The real Sengoku period of Japanese history put a great deal of emphasis on individual strength and brilliance (something captured to an exaggerated degree by Tecmo Koei in the Samurai Warriors games).

Historically, the brilliant warlord Nobunaga Oda was able to comprehensively defeat enemies many, many times his forces’ size. This is not likely to happen in this game. It might seem like a minor complaing, but I need to pick holes, because the game is already shaping up so well, that this historical inaccuracy is the only thing that truly disappointed me. 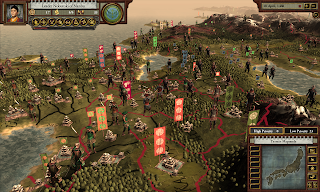 For those less interested in the historical conflicts of the time, the biggest frustration will likely be the interface, which at this time hides some important menus and information in hard-to-find locations. Given how well Paradox has handled interface in its other games though, such as in King Arthur, I expect this will be resolved by the final release.

It’s also worth noting that this game will require a lot of patience – something that sadly seems short in many modern gamers. Building a city improvement can take months on in-game time. A castle years. A big army, as much as a decade.

It’s easy to speed up and slow down the game as needed, but nevertheless there is a lot of downtime, especially in the early stages. Compared to the likes of Total War, while this game looks and sounds the part, there’s going to be a portion of gamers who will be simply bored.

It’s a pity though, because Sengoku is more accessible than Civilization 5 or the Total War games. It’s light, entertaining strategy, with a lot of historical accuracy and it is by no means easy – the nature of Japan’s geography is that there is nowhere to hide – you’re going to need to watch multiple fronts at all times.

For these reasons I cannot wait to get my hands on the full version, and I do consider this the strategy game to watch for the remainder of the year.

Don’t forget, you can win a copy of another one of Paradox Interactive’s brilliant games here on Digitally Downloaded. Click here for details.