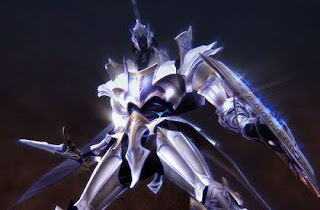 I read the reviews for Level-5’s White Knight Chronicles series with some distress. From the middling, through to the downright horrific, critics seem to consider this fledgling franchise as mediocre at best.

I honestly don’t see where that’s coming from. The critics that slaughter these games will often, a breath later, laud the likes of Final Fantasy VI as a great game. Which it is, but the White Knight Chronicles games are also great, and for many of the same reasons.

I’ve already reviewed White Knight Chronicles: Origins, which is a very different game to the two available on the PlayStation 3 – which I haven’t reviewed for this site for obvious reasons (they’re not downloadable), but I’ll take this opportunity to defend what I think is one of the more exciting new IPs to emerge this generation.

To start with – if you haven’t tried out this series yet, then start with the sequel. It includes an improved version of the original game anyway, so there’s no reason to track down an old used copy of the original just to catch yourself up. That alone has impressed me. Level-5 is a publisher/ developer that seems to be really committed to its fans, it that it not only listens to complaints, it doesn’t try to take advantage of those fans, and tries to do right by newcomers.

But for the games themselves. In simplistic terms they’re MMO-styled RPGs for single players, but with comprehensive online multiplayer options to help milk out even more value from the game. Anyone who has played the likes of World of Warcraft will feel fairly comfortable with the base set-up: there’s an action bar on the bottom of the screen, where you can assign skills and magic to, depending on your character (you control one at a time, but can swap between them at will).

The more powerful skills require “AP” points to use, which are built up using basic attacks. So there’s some light ‘resource’ management involved in the combat system that gives the skills system some depth. It doesn’t take long to end up with more skills than slots on the action bar, so building the right combination of skills and magic abilities is an balancing act. One we’ve seen before in JRPGs, yes, but it’s a formula that works. 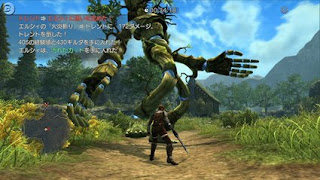 The more original gameplay element is the White Knights. Build up enough energy, and you can summon a giant, all-powerful knight that, in a Transformers-style display of power, will make the boss battles much easier. Yes, it does tend to unbalance the game, at times making it too easy, but it also provides an easy option for increasing the difficulty of the games – don’t use the White Knight.

The games themselves are traditional JRPGs – dotting the i’s and crossing the t’s in all the right places. The mish-mash group of heroes explore ruins, visit desert towns, and defeat meglomaniacs with world domination plans. There’s the usual political overtones – and indeed in tone these games often remind me of the likes of Final Fantasy XII.

Things get a little less traditional with the online features, which allow you to build up your own personal town, build guilds of friends, and take on co-operative missions. These play out almost exactly the same as they would in a traditional MMO, with the same repetitive nature of missions, loot grinding and difficulty spikes, but at least with these games it’s free. If you do buy White Knight Chronicles 2, make sure you buy the game new, as it features an unlock code you’ll need to purchase separately if you pick up the game second hand. 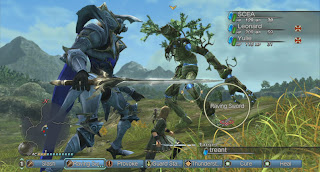 I’ve saved it until last, because in many ways it should be expected from a Level-5 production, but White Knight Chronicles and it sequel are both incredible games in terms of aesthetics. The music is traditional JRPG-fare, but suits the themes perfectly, and indeed these are two game soundtracks I felt the need to track down the CD soundtracks to. The visuals, likewise, are deeply underrated by the critics – these are good looking games, with fantastic monsters, lovely animation and clean (if occasionally plain) environments.

In the end, Level-5 set out to create traditional JRPGs at a time where fans and critics are bemoaning the lack of traditional JRPGs. There’s nothing in either PlayStation 3 White Knight Chronicles games that offend in any way, so once again I have no idea why this series is considered so banal.