N3V Games is behind the fan-favourite Trainz simulator on the iPad. Not content with an iOS offering, the Australian publisher has also released My First Trainz Set for the Android platform.

One for the same people who enjoy model trains, this software lets you build virtual model train sets. Players will be able to chose between nine trains to drive, and features a comprehensive track builder.

The team was developed by 10 year veterans of this genre of game. It certainly looks good, so it might be worth a look-in for ‘Droid-owning trainspotters. Doesn’t look like much of a ‘game,’ as such, but then neither are many other ‘Sim’ style games when you break them down. 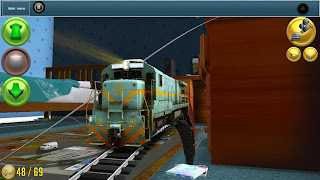