FortressCraft has become the fastest selling XBLA Indie title of all time. 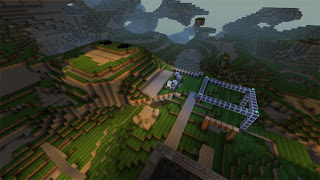 16,000 copies sold on the launch day, and over the first five days of sale, it generated more revenue than the current kind of Indie Games, “I MAED A GAM3 W1TH Z0MBIES 1N IT!!!1” in its first 12 months.

The game rose as high as third as the best selling game overall on the Xbox Marketplace in the US. This is especially impressive considering the relative premium price the game commands amongst its Indie game peers – it’ll set you back 240 Microsoft points.

In a release, CEO of ProjectorGames, “DJArcas”, said “we hope to continue developing and supporting FortressCraft for many years to come, and are already hard at work implementing changes and features as requested by the community. ProjectorGames will strive to make Fortresscraft the best selling Indie title to date, and has many ambitious plans about which direction it should head in next.”