Nintendo launched the 3DS to the Australian media last night, and had a whole range of games to play.

Yes, none of these games are digitally downloadable titles, but the 3DS is an important, impressive machine, and one we’re very excited about, so here perhaps is a glimpse of what we can expect from 3DSware in the longer term, too. 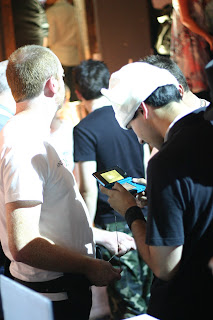 Resident Evil Mercenaries
This was the first 3DS game I played, and it was a good one to start with. The 3D effect is subtle in what it does to enhance the gameplay, but judging distances and being aware of what is around you does become much easier.
The game itself plays well, and trying to build a good score is addictive. My only concern with this game is not related to the game itself, but the 3D hardware – the DSi suffered from poorly build ‘L’ and ‘R’ buttons that broke down for many people. The 3DS’ shoulder buttons seem to be from the same stock, and Mercenaries makes heavy use of those buttons.
I now expect 3DS FPSers to be, if anything, an improvement on this console (perhaps for the first time in handheld form). Call of Duty 3D, anyone?

Super Monkey Ball
Although this game made me feel a little ill, the game itself is possibly the best quality Monkey Ball title I’ve played since the original.
Both control methods (circle pad or tilt sensors), work equally well, and the game is fast, fluid and charming. The 3DS’ brand of 3D into the screen (rather than popping out at you) is especially effective for a game where you’re constantly moving into the screen.

Puzzle Bobble 3D
I didn’t expect the 3D to enhance this game in any significant way, but I was pleasantly surprised with how Puzzle Bobble uses the technology. Although it plays the same way as any other Puzzle Bobble game (and indeed, with the 3D slider off, looks the same as well), in 3D it really does look like a fresh new direction for the franchise.
The circle pad controls itself seemed a little twitchy to me, certainly I’ve played Puzzle Bobble games in the past where I’ve been more comfortable with aiming, but I also suspect it’s the kind of controls that you’ll get used to quickly enough.
I can honestly say I had more fun with this game than anything else there on the night. 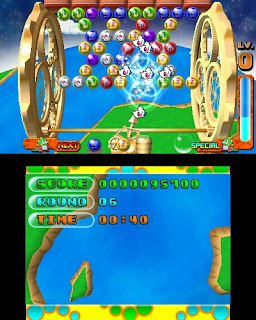 Kid Icarus
I really didn’t get the appeal of this game. With the flying sections, I’ve played better on-rails shooters before (such as Lylat Wars), while the walking sections played out in virtually the same fashion, except you need to manually control the camera – which is ackward and slow for the on-screen action.
It looks reasonably pretty, but killer app I fear this game is not. But this comes with the disclaimer that I am not the biggest fan of the genre in the first place, so perhaps I’ve missed something that will appeal to fans.

Nintendogs & Cats
This is basically the same as the DS original (though the addition of cats is a great thing), but it’s the 3D effect that really helps this game stand out. Basically, it’s easier to get attached to a virtual pet when it’s actually lifelike enough you want to play with it.
It’s not the kind of game that will attract people that were not impressed with the first, but Nintendogs is the kind of game Nintendo needs in the market to get the more casual players involved. 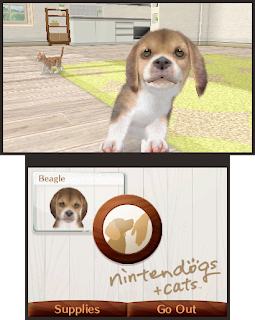 Lego Star Wars
Along with Puzzle Bobble, this is my pick of the games on show at the night. There are a few potential problems with the game – the framerate stutters at times, and the characters are small, so there might be a problem with looking at too many 3D things at once.
But the game itself is all kinds of charming. Lego was clearly designed to be played in 3D. It plays much like every other Lego game, but 3D virtual blocks are just cooler than 2D virtual blocks.

Augmented Reality cards
This was disappointing for me. The 3DS had a lot of difficulty reading the card in the first place, and once it did, the “connection” as such would often drop out. But then again, this was probably not the fault of the 3DS. The room with the demonstration unit was dark, and people’s shadows would at times block out the lights that were meant to be shining on the table.
The minigames themselves were fun, and effective in showing off what augmented reality is capable of. I hope Nintendo and other publishers continue to support the technology with new cards through the life of the 3DS.

Anyone that claims Nintendo’s launch line-up of games is weak is looking at it from the wrong perspective – it’s actually a very strong line up, effectively showcasing the power of 3D to create a “new” games experience. The really, really good games we’ll have to wait a while for (as with any new console launch), but in the meantime, what’s on offer is going to provide plenty of fun.
Share this