One of the greatest narratives of all time, now on your Switch.

I have reviewed Persona 4 Golden twice at this point. The last time I did – the PC release – I wrote 2,000 words about it. I’ve also penned several essays about the game’s themes, and enthused about it to just about everyone that will listen for the past decade. While I could very easily write a book about it, as far as the kind of content that is posted on websites is concerned, I’m tapped out at this stage.

Related reading: For an in-depth discussion on the game, please read our review of the PC release. The Switch version is functionally the same.

With that being said, Persona 4 Golden has been released on a host of new platforms, and, most significantly of these, the Nintendo Switch. I played the game for the first time on the PlayStation Vita, and it has always “worked” as a handheld game, so having it on the Switch feels like a very natural fit. About the only thing that could have gone wrong and resulted in this not getting the 5-star score was the game melting down my console. However, it didn’t do that. So, there you go. One of the all-time great video game narratives is now available on the Switch. Play it. 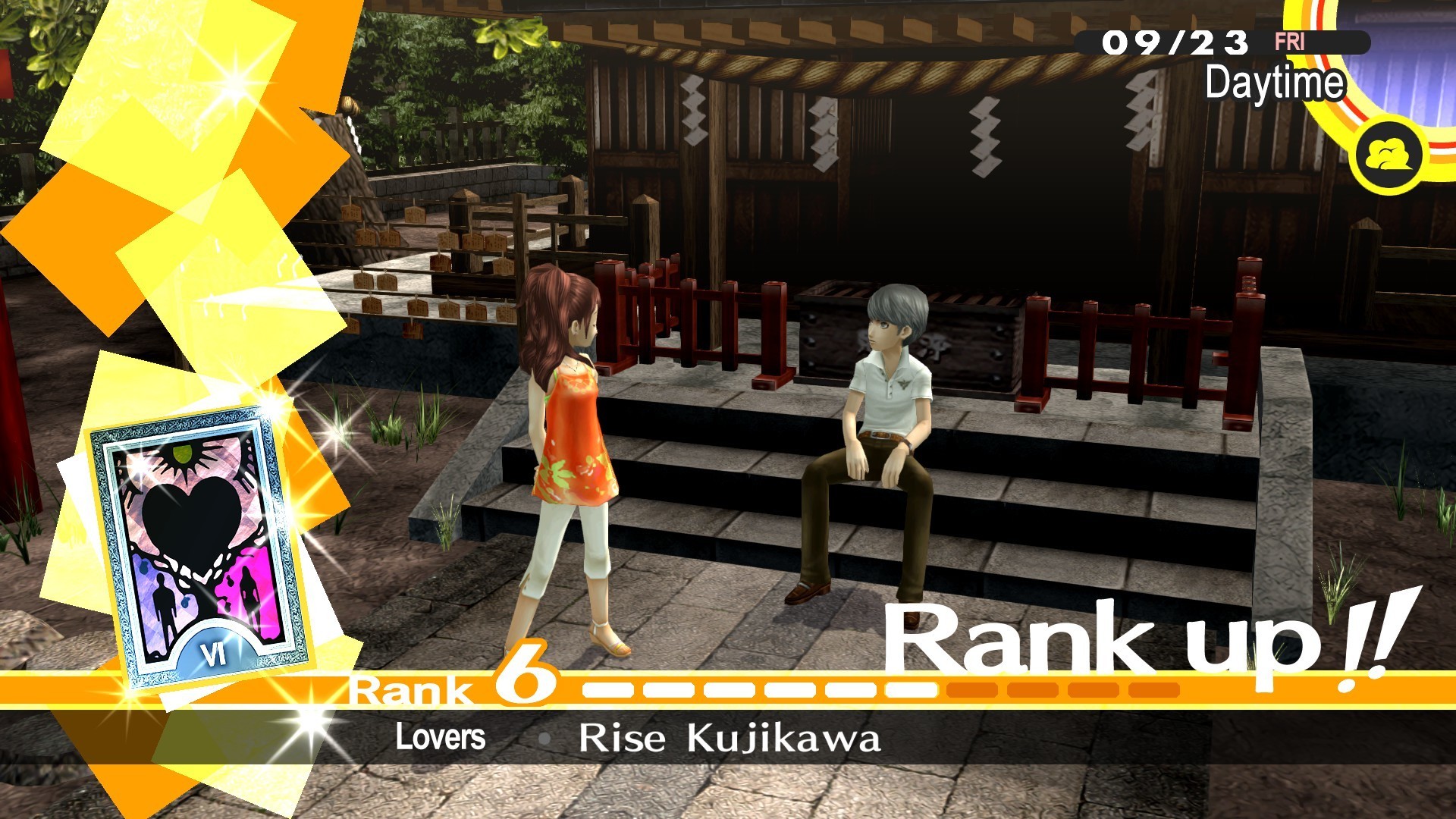 At the simplest level, both games have stories. Through the use of cut scenes, dialogue, story boxes and level design both games have the structural qualities of a story. They’ve got the beginning, middle and end, protagonists, conflict and resolution. They tell very different stories, of course, but at this level they both tell hugely entertaining stories. The Last Of Us shares the story of a couple of survivors of an apocalypse that embark on a journey that may, they believe, result in a cure for a plague-like disease that has decimated the human population and turned them into zombie-like entities.

Persona 4 Golden, meanwhile, tells the story of a group of teenagers that are investigating a series of murders that involve people being thrown into another dimension. When their friends start being those victims, they realise that this other dimension allows them to confront their true selves and, in defeating them, move through roadblocks in their lives. In between doing that they hang out with one another and do all the things that teenagers do.

Both games are well-written, have excellent voice acting, and are filled with twists, turns and revelations to keep people playing. On this level they are comparable. But there’s more to it than that, and to get to this point I’d like to briefly step back to quote an iconic scene from one of the Shrek films:

This is a great scene – very funny and all that – but what makes it really effective is that it’s really a metaphor for the storytelling process. Donkey tells Shrek to behave according to the cliché and “write” that very typical story. Shrek resists, insisting that he – and his kind – have layers and can tell a different story. This is 101 creative writing stuff. You want to provide the audience with a story that they can follow, but you also want to subsequently layer meaning into it so it becomes a deeper, more insightful, and more rewarding experience. And here’s where The Last Of Us and Persona 4 Golden do differ.

Layers aren’t really present in The Last Of Us. You could argue that it offers a story of individualism vs. communal values, and certainly, it’s an interesting insight that in this all-American production, the writers ultimately decided that what was “right” was individualism. And you could – at a stretch – position the game within the traditions of the western and look at what that means to the text. But those themes are so explicit that they are effectively nestled within the surface story. While The Last Of Us is a thrilling ride with excellent production values, it’s not really acting as a metaphoric work. The symbolism is only what sits on the obvious surface level, and while the game challenges you to feel, thanks to some very evocative performances, exceptional production values, and script that has been so effectively tuned towards that, you’re not going to be writing philosophical theses on it.

To be explicitly clear here – this is fine. For some reason every time you mention that an action blockbuster behaves like an action blockbuster people think you’re denigrating it for not calling it a work as great as Citizen Kane, but that’s not the intention. The Last Of Us was never trying to be a deeply intelligent work and there is nothing wrong with that. Persona 4 Golden, meanwhile, does offer a density of text and those layers that Shrek was talking about. The surface is a high school drama/detective club adventure story, but that’s not really what Persona 4 Golden is about.

You can read Persona 4 Golden as a psychological thesis, for the way it explores various Jungian concepts, particularly those around the collective unconscious. Or you can read it as an existentialist or nihilist musing on the self, if you were to look at it as a philosophical text. There are some deep reflections on Shinto theology that run through the game too. Yes, that’s not something that we in the west would typically take notice of (given that we’re not all that familiar with Shinto as a faith and thought structure). However, the main theological themes of Shinto are the importance of purity, harmony, respect for nature, family respect and subordination of the individual before the group, and Persona 4 Golden deals with just about all of those concepts on one level or another.

The game is also filled with motifs, which it uses to deepen those core themes. The televisions that drag people into nightmare realms, for example, are such dangerous devices because they are impure, an imposition on nature and a device by which people remove themselves from the community and put the individual before the group. Therefore, they cause disharmony and the game is generally critical of this technology’s ability to undermine the experiences that youth should have. 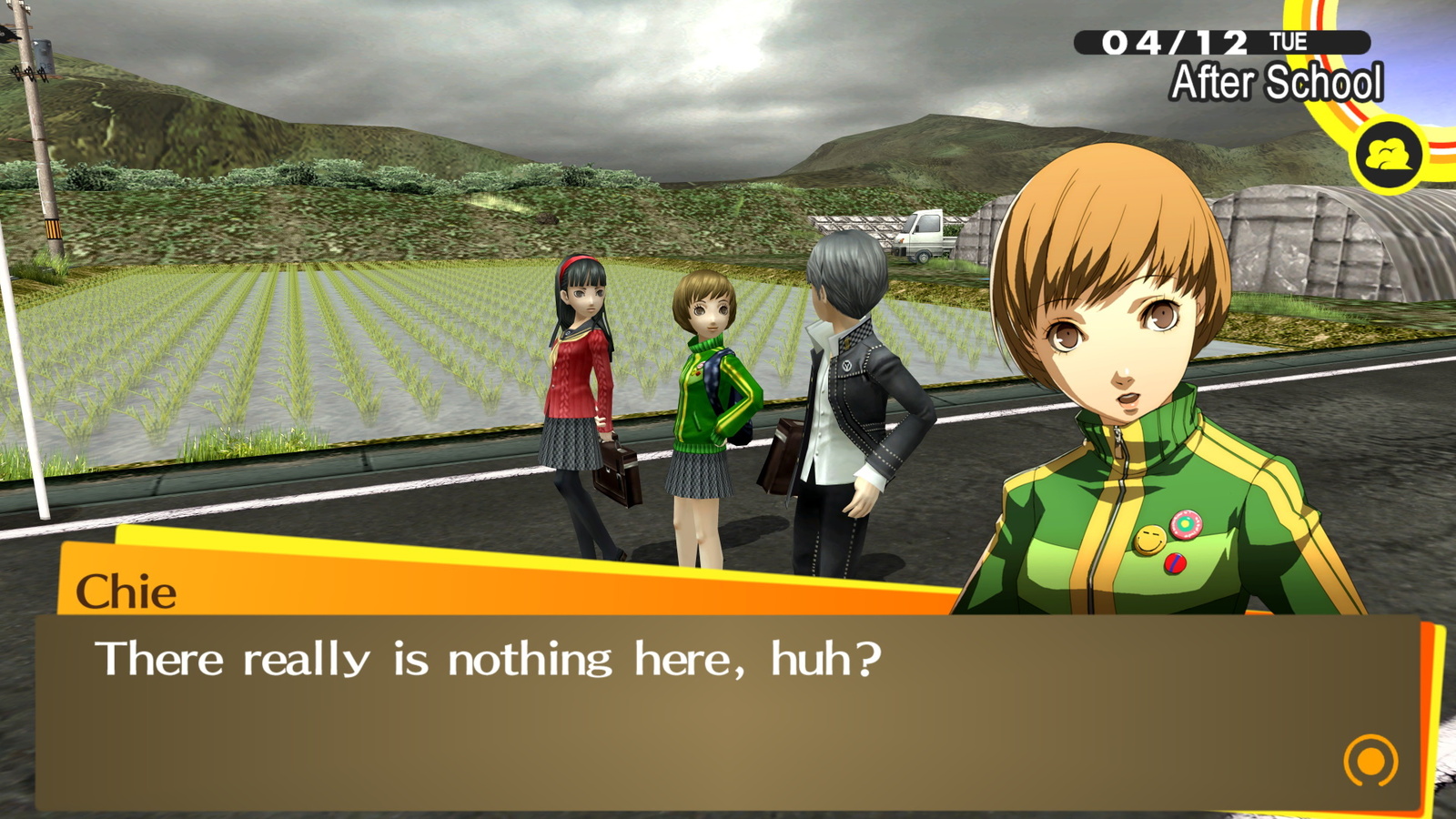 The Last Of Us isn’t interested in such abstractions. Even the central monsters are written to be the result of natural, literal forces. Crops infected with the cordyceps infection were imported into the US, infected people, and subsequently spread. This effort to embed an explainable realism into the narrative leaves no room for more abstract ideas, while Persona 4 Golden abandons realism to instead embrace the abstract. By taking that approach, the developers were able to build layers of meaning and insight into their narrative.

Again, it’s important to understand that this isn’t a criticism of The Last Of Us. The game achieves what it sets out to achieve, admirably. However, as someone that enjoys poetry, philosophy, and layered meanings within texts that look beyond the literal story, I personally look to something like Persona 4 Golden. This is my kind of narrative and experience, and indeed, Persona 4 Golden is one of the best we’ve ever seen in this approach to storytelling. It’s a true masterpiece, and now it’s on your Nintendo Switch.

On the use of schools by Japanese game developers