PlayStation 5/Sony/The Last Of Us

Review: The Last Of Us Part 1 (Sony PlayStation 5)

The most pointless release on PlayStation 5

Almost a decade ago, Sony published The Last Of Us on PlayStation 3. The sheer hyperbole that the game got was, in retrospect, silly. Empire even went as far as to say that the very cinematic game was comparable to Citizen Kane. Of course, since then, Sony alone has published at least a half dozen “Citizen Kane of video games”, ranging from God of War to Ghost of Tsushima and the sequel to this very series. Meanwhile, other publishers have also published so many dozens of “Citizen Kane of video games” that accolade has lost all meaning now. Hopefully, people look at this remake/remaster/rewhatever with a bit more of a sober mindset.

The Last Of Us is not comparable to Citizen Kane. Or Shakespeare, The Mona Lisa, or any other great work of art. I said as much in my original review: It’s a blockbuster closer to a Bond film or The Avengers than Citizen Kane.

There’s nothing inherently wrong with that. I have to say that because people get this weird idea that if you don’t call a thing you find entertaining a “great work of art”, then you must hate it. That’s not how it works at all. Rather, it’s a good idea to understand that there are different drivers for art and blockbuster entertainment, and you’re doing both “sides” disfavour if you try to make them directly comparable. People flock to blockbusters for a reason. The world we inhabit is such a miserable place that escapism is a valuable service, and as replaying The Last Of Us here has reminded me, it is very good escapism.  Textbook pacing, textbook performances, textbook attention to detail and execution. It’s textbook entertaining escapism. But it’s not a great work of art. Rather than go over the argument again I’m just going to copy and paste from my original review, since this re-re-release doesn’t do anything new narratively or thematically: There’s nothing ambiguous about The Last Of Us. There is no meaning that isn’t spelled out in very well written, but very straightforward text. There are no emotions that we as players aren’t told to feel, and there’s no mystery about what’s going on in the game. There isn’t even the scathing social commentary that we see in some of the finest zombie movies of Romero’s, despite the game being, in part, a zombie narrative. The Last Of Us simply takes the darker ideas of those same zombie movies, throws in a surface-level dash of commentary on human nature found in Cormac McCarthy’s The Road, and presents it in a more palatable form than any of the inspirations that the game draws on.

This is the very definition of a blockbuster. The more ambiguity you work into a text, the more likely it is that people won’t “get it” and therefore a film, book, or game that is too “out there” will be ostracised. That naturally doesn’t fit with the economic models behind blockbusters, and so instead we as players are treated to something where every meaning and every message the game wants to convey is nicely spelled out to us.

This also plays out in the game’s design. Every step of the path that players follow is carefully constructed to keep them moving forward while presenting a nice variety of challenges and opportunities for empowerment. Broken down to its very core, The Last Of Us is no different to any other modern shooter where players are directed down a path and into a larger area with some enemies to overcome, and then directed down the next path, with little room for exploration. 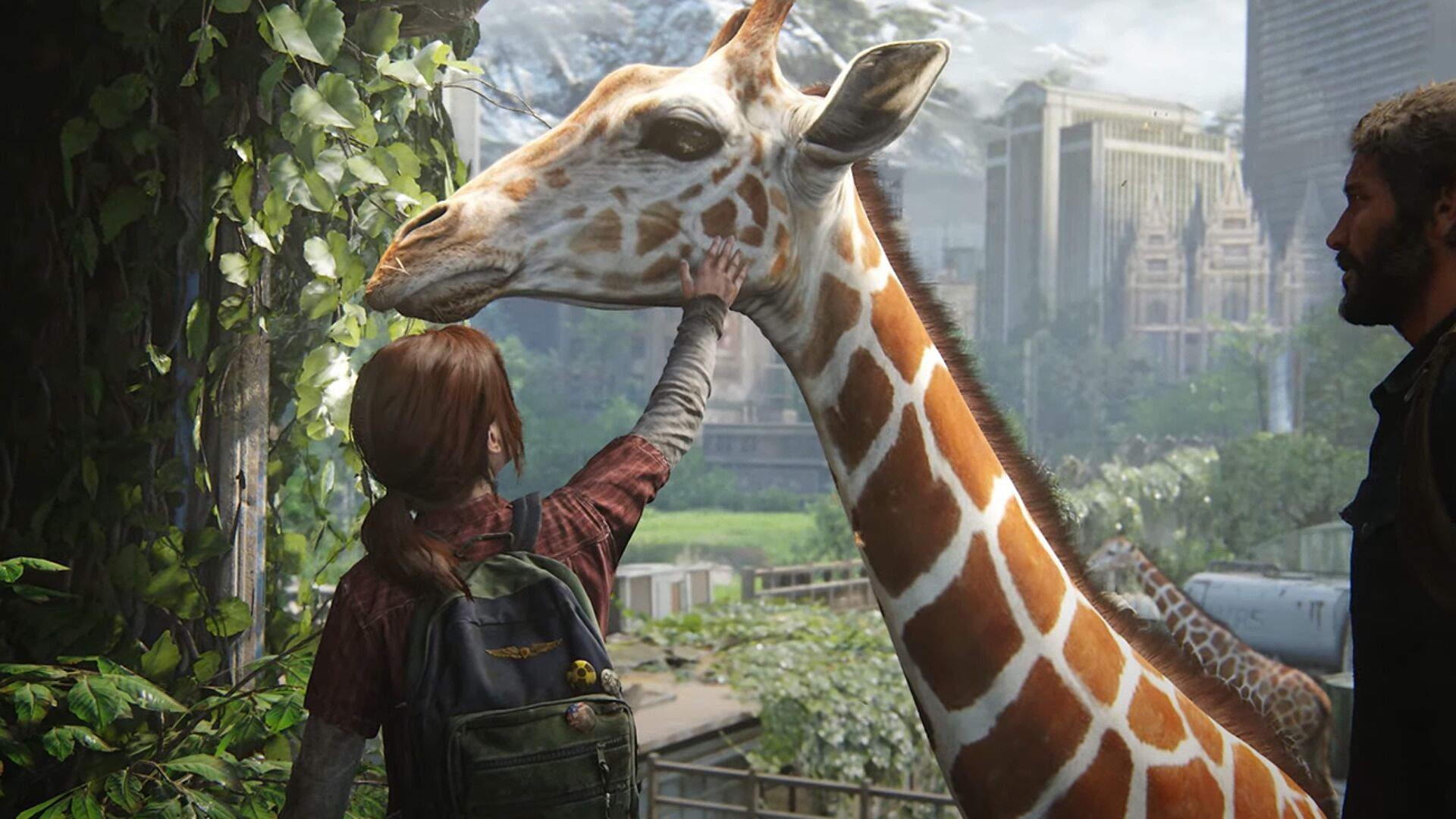 On replaying The Last Of Us now I do notice, even more clearly, just how shallow the game is. How it manipulates emotions with excellent performances, rather than engage the brain by asking probing questions. It is, ultimately, a celebration of individualism, and therefore a very American story, but it simply depicts this as the natural order of things and never does anything to challenge or expand on the notion, as something like The Revenant does over in the world of cinema. The closest the game comes to a meaningful theme is the way it tends to juxtapose conflict with humans with conflict with the zombie-like monsters (by transitioning from one to the next, back-to-back, “level” to “level”), but that tends to come across as more of a contrivance to keep the gameplay fresh and varied well than any thematic effort.

And again, all of this is fine. Games don’t have to have the nihilism, existentialism and theological musings of a NieR Automata. Or a dissection of individualism as Kojima’s Death Stranding did (in many ways the “anti-Last of Us”, thematically speaking). A game like The Last Of Us can be the big popcorn thing it is, and we can celebrate it and relate to it on that level without it being a criticism of the thing. We just need to make sure that don’t conflate it with what it is, because when you do try and compare it to art, it comes off as second best. I’d rather not do it that disservice, personally.

As a remake, Naughty Dog has done a lot with the aesthetic side of things. It has been modernised visually, and takes full advantage of the PlayStation 5’s capabilities across lighting and detail. It’s been too many years since I played the original The Last Of Us, so I can’t remember the specifics about AI behaviour in the original game, but the other major “upgrade” in the remake was, apparently, that. From my perspective though, the most particularly impressive change has been the deep accessibility options that have been worked into the game. Sony has been a real champion and pioneered a lot of this accessibility stuff, and it deserves credit for what it has done to show other developers how it should be done. 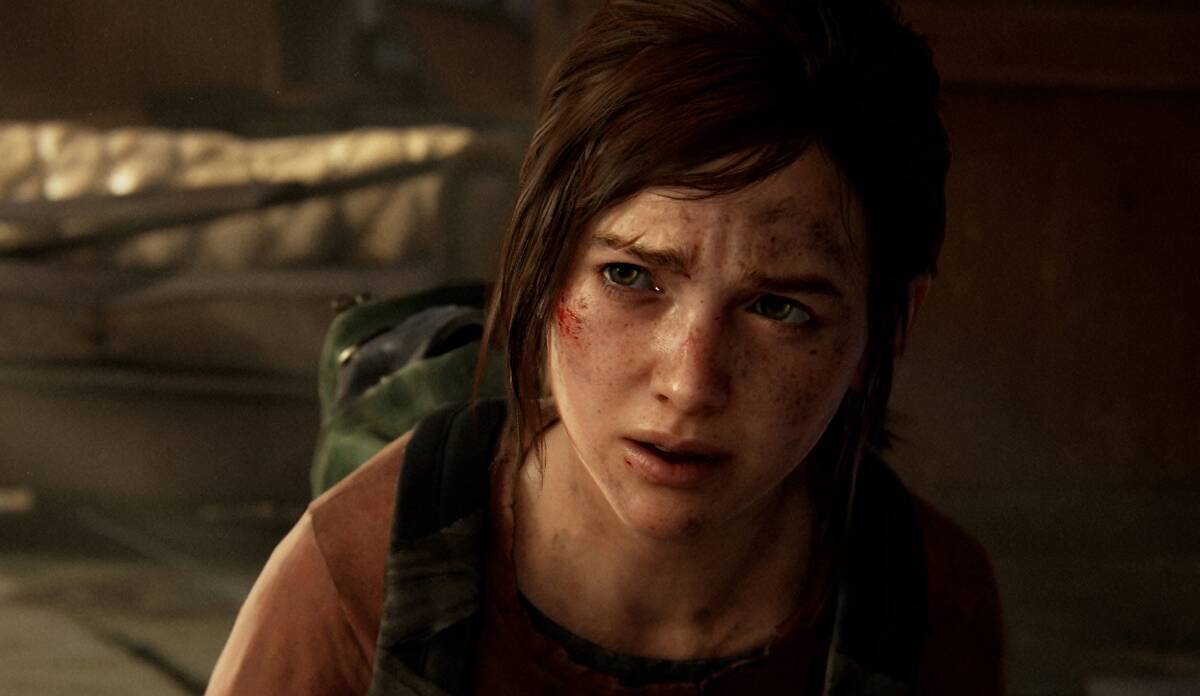 Nine years on, The Last Of Us remains a very good game at what it aims to do, but here’s the rub and my really big problem with the game; this remake was never needed. This isn’t a case of reviving something that had been languishing on a discontinued console. You could already play The Last Of Us right now, on your PlayStation 5, via the PlayStation 4 remaster. That version still looks and plays perfectly fine, and I would go as far as to say that if a game really does “age” to the point that it needs a ground-up remake so soon after the original release, you should be asking yourself whether it was ever really artful. Truly impressive art is timeless. In making this remake, Sony’s effectively saying that its games become digital scrap in less than a decade.

I gave the original game a 5/5 score. This remake is much the same game – in fact, thanks to the better and broader accessibility options, it’s objectively even better! And yet I can’t in good conscience give score it – or recommend it – at all. This project is pure cynicism from all parties. The original is still readily available and playable on the PS5, meaning that Sony and Naughty Dog are actively undermining their own work to try and fill a release schedule void with something on the shelves. Given that the game was so enthusiastically compared to Citizen Kane by so many people that mistook “well-produced” for “art”, perhaps this time around people can instead take note that Citizen Kane is now 81 years old this year, and as a true masterpiece, it never needed a remake.

Detroit: Become Human development studio will soon be a part of the NetEase family