An absolute waste of talent.

It’s difficult to write within the fantasy genre in 2022. On the one hand, it’s painfully easy to write something so self-serious and overwrought that it comes across as a desperate and doomed effort to channel Tolkien. Writing fantasy that people will take seriously is monumentally difficult because fantasy by its nature is hard to take seriously. But on the other hand, in trying to avoid that pitfall it’s also so easy to forget that you’re writing fantasy and that requires a particular tone. Far too many writers of modern fantasy write something that reads like Joss Whedon juvenilia, and the childishly YA tone that comes from such efforts are impossible to enjoy. Sadly, that’s the trap Absolute Tactics falls into.

“Fiiiine. Okay, listen up, nerds! I’m in charge here now. So what I say goes, got it?” This is an actual line from an actual villain in this game, and the entire game is filled with similar “what if your DM was a valley girl” stuff (I’d get up and walk away from that Dungeons & Dragons table before I failed to resist the urge to start hurling the caltrop-like D4s at people). The game’s not being subversive about this. It’s not making fun of trashy authors like Sarah J. Mass and the rest (I only mention Mass because I got one of her books in a bundle once and forced myself to sit through it in an effort to understand YA). Absolute Tactics thinks that it’s funny, but not ironically. It thinks it’s witty. It’s not. It’s just written terribly.

Contrary to popular belief, as a critic, it brings me no joy to tear something down like that. Work went into the writing of Absolute Tactics, and if the writer reads this review it’ll be an unpleasant feeling. I know this, but at the same time, a tactics JRPG is two things: it’s turn-based tactical combat, and it’s a story to give the action context. Without both of those things, it’s only ever going to fail. Here, the narrative really lets the experience down. Writers, please put a little more thought into what you’re doing. If you’re writing a high fantasy adventure of swords and magic, perhaps consider what writing characters like they’re American teenagers will do to the tone and cohesion of the experience. Look at Fire Emblem. Lyn never needed to call out “I LITERALLY just totally stuck you with a sword, dude. Your guts are, like, so gross bro!”, and the game is the better for that. 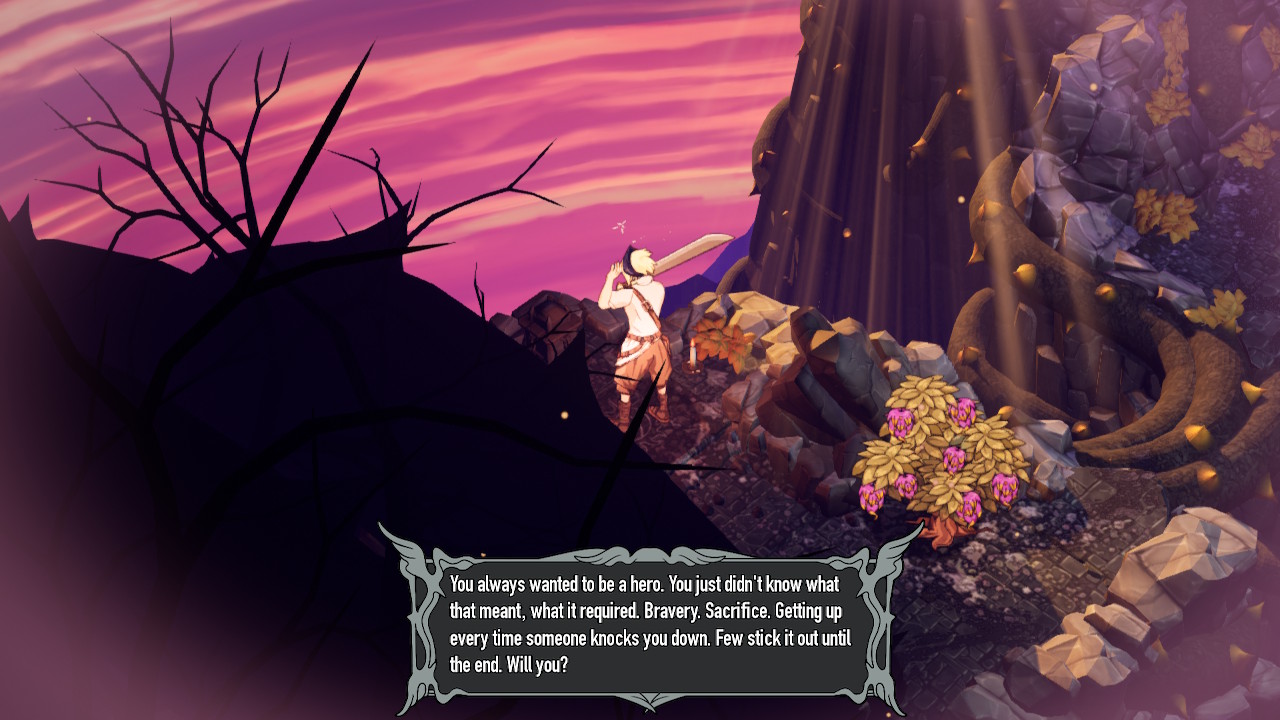 The other half of Absolute Tactics is much better. This is a traditional tactics JRPG, with some nice streamlining to make it accessible to people who are new to the genre, without making it feel like it’s babying you. Characters have a blend of melee capabilities and skills, and those skills come from a reasonable range of jobs, of which you can equip each character with two at a time.

Enemies, meanwhile, have strengths and weaknesses to either skills or physical attacks. You want to use your front-line fighters to take on the enemies that aren’t good at protecting themselves from a sword to the face, and then use your skill-based characters to counter the enemy’s equivalent. This basic, two-way opposition system is made more complex to actually achieve thanks to some good and interesting level design, and every conflict had some fun nuances to it that kept the levels interesting.

For the most part, your party is limited to a maximum of six heroes, and that allows for some nice tactical dynamics, but every so often you’ll also participate in a larger-scale battle, where you’ll need to find ways of supporting AI-controlled units. In these battles you won’t have the firepower to win on your own, so without helping the allies out you’re going to be overwhelmed quickly. These are an excellent touch and I wish more tactics JRPGs did something like this. 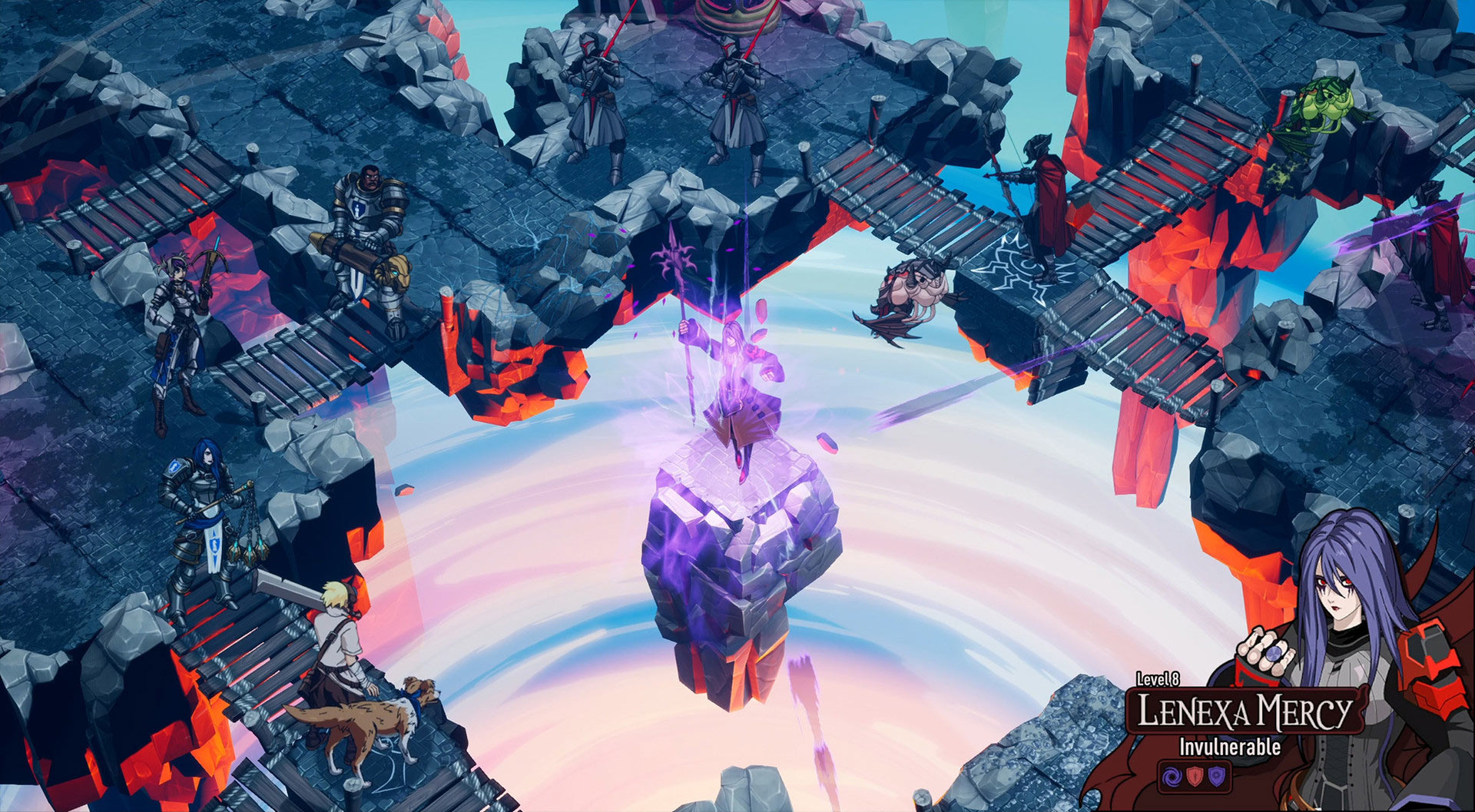 However, while it’s generally nice and smooth, Absolute Tactics isn’t perfect, either. A big problem is how extended battles can become, when much of the reason for that is that animations take so long to play out. It’s not such a problem in the middle of a battle when there’s a lot going on with each turn, but at either end when there’s only movement and one or two units actually using skills, turns feel like they drag on for ages.

Another issue is the pacing of the journey itself. Absolute Tactics is entirely linear, and all you can do is push the story on to the next battle, or replay old maps with new enemies to grind up some experience. Unfortunately, because the difficulty of the main story levels accelerates quite quickly, you’re basically forced to do those “optional” side-quests, which slows progress through the adventure down significantly. Absolute Tactics only runs around 15 hours even with the grind, but it’s a long 15 hours when you consider that you’re not going to be that invested in the narrative, and so much of the core experience is repetitive.

What does redeem the overall package is the presentation. While the writer needs to rethink their approach, the music and art teams do not. From the character portraits during dialogue, to the crisp character and environment designs, and the nice level of flash for the special attacks, everything about the aesthetics of Absolute Tactics is spot-on. The technical and creative skill on display here gives me hope that a sequel will be able to deliver on the full potential of the game and the development team’s clear set of talents and ambitions. 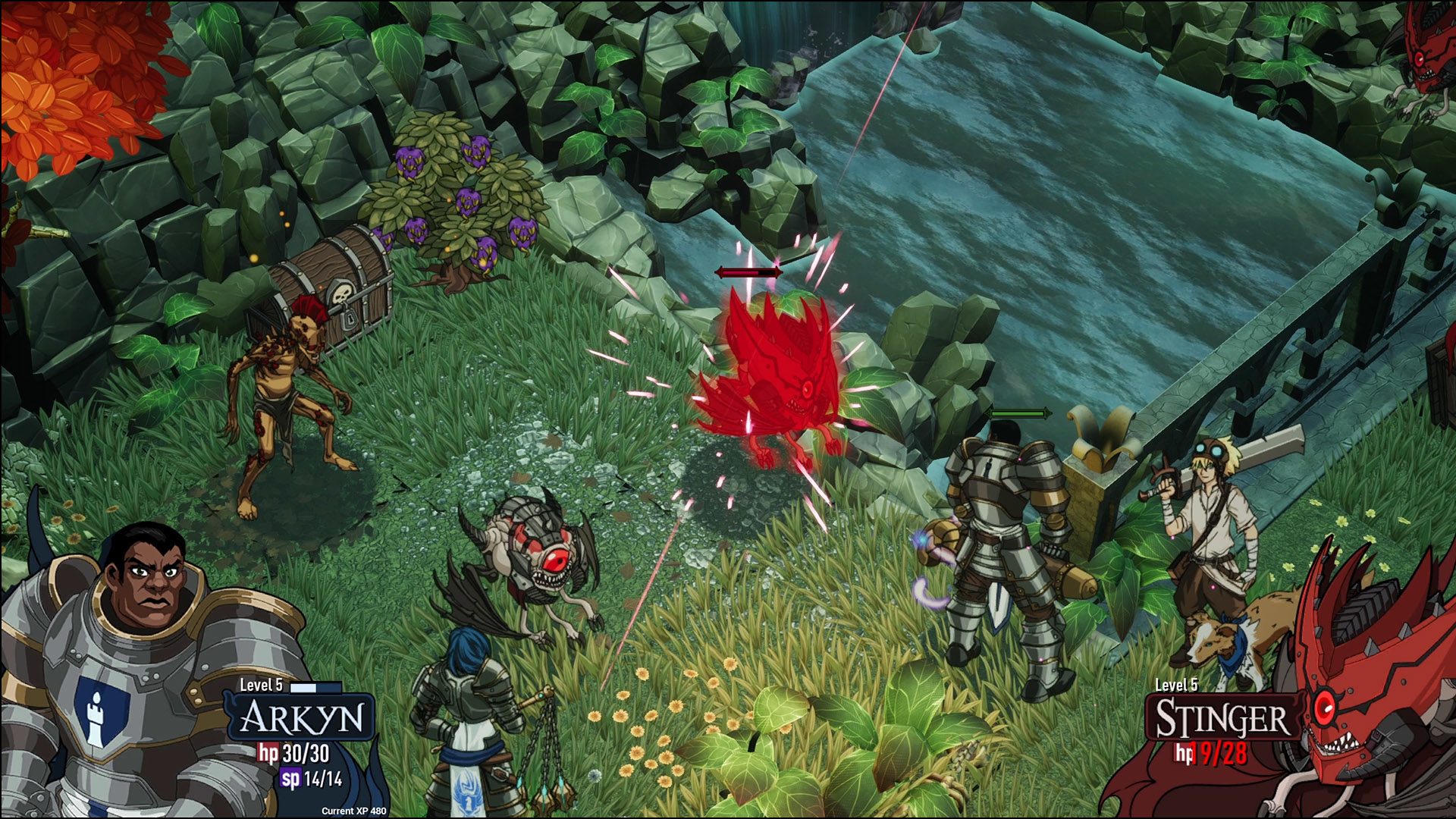 It’s really just the storytelling that lets Absolute Tactics down, but unfortunately, this isn’t a genre where you can easily hide poor writing. Unless you have a particularly high tolerance for the literary equivalent of dragging nails down a chalkboard, this is one you should probably pass on.

Jump onto a hostile alien planet in Scars Above

A platformer where you control… the platforms?