Ikai is so close to being something special. The premise of the game is strong, it has the occasional moment of inspired horror design, and you can tell that the developers entered into this with some genuine intent and vision. Unfortunately, at other times it comes across as amateur and immature, and every time that happens it undermines all the good work that the rest of the game does.

In Ikai, you play as Naoko, a young shrine maiden who finds herself largely alone as her shrine is beset by the monstrous yokai spirits of Japanese mythology and lore. That premise alone had me very excited. I’ll play just about anything that taps into the aesthetics and storytelling tradition of these monsters. I’ve been to more than a few gallery exhibitions themed around the Hyakki Yagyō – the night parade of 100 demons – in which, as the legend goes, an entire parade of these monstrous misfits marches through town (and woe be to anyone that runs into them). I’ve played plenty of games that lean into the mythology, including the recent GetsuFumaDen, Ghostwire: Tokyo, and Nioh and its sequel.

Unfortunately, Ikai doesn’t really do this rich tradition justice. There are yokai, they do have stories, and you do need to defeat them (mostly by sealing them, as Naoko hasn’t got any weapons beyond her spiritual powers), but where another Japanese horror game that leans heavily into the Japanese-ness of it – Project Zero: Maiden of Blackwater – works really hard to recreate the mythology, pathos and ethos of the yurei mythology, to Ikai the yokai are just tools of convenience, in what is otherwise meant to be a creepy and intense horror experience. They could have been zombies, western demons, creatures from whatever inspires the artists of FromSoftware, or some other horror tradition. It never quite felt like the yokai of Ikai was so essential to the experience that they couldn’t be substituted. That’s strike one. 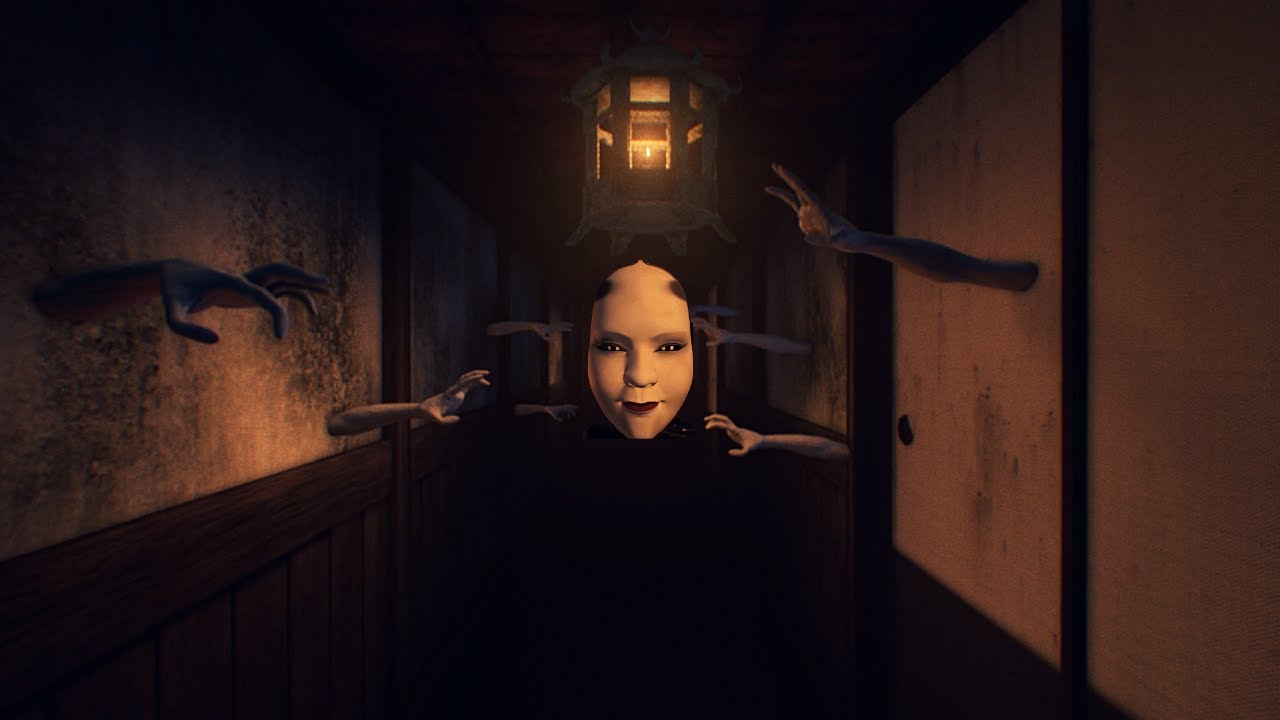 Strike two is the performances, and any effort the game takes to put character into the experience. The voice actor behind Naoko does her very best but isn’t exactly convincing, and the rare moments in the game’s brief run-time where you’re not running from monsters or solving puzzles, you’re participating in character-building exercises, and these are terrible. Whoever thought to open the game with a blindfolded game of tag with a little sister, who babbles out the same thing over and over again and is surprisingly difficult to catch, must have seen this actual video of one hour of nails on a chalkboard and thought that people must watch that video because it’s entertaining.

Unfortunately, because every effort to make the characters personable ends up being infuriating, a lot of the intensity of the horror in Ikai washes away quickly. Horror’s a difficult beast to get right, but one of the most critical components of good horror is that you’ve got to like the characters and feel sympathy for their plight. Here, you just won’t. There are moments where you’ll be sweating into your controller, but that’s more for the intensity, rather than your connection to events. I usually find myself playing much more cautiously with horror, as a game over seems to carry more weight thanks to these techniques that developers use to build up empathy. Here I was willing to hurl poor Naoko into the (sometimes literal) flames to trial-and-error my way through some of the challenges, and each time she dies elicited little more than a shrug from me as I waited for the save to load up.

Strike three is the gameplay. There are parts of Ikai where you get the sense that the developer’s vision was sound, however many rungs they fell in the aforementioned execution. There are some individual puzzles that are quite sharply designed, and you’ll feel rather clever in solving them. At other times, however, a lack of clarity in the instructions and some obtuse designs means that you’ll resort to trial and error, and some puzzles just make no sense being placed where they are. Why is the gate to the shrine locked with a sliding puzzle rather than a… key? Does absolutely no one use that gate, or do the priest and priestesses really have to spend time solving the problem every time they go out? Even once you’ve memorised the entire pattern and can do it quickly, as the residents of the shine likely can, it still begs the question… why not just use a lock that has a key? 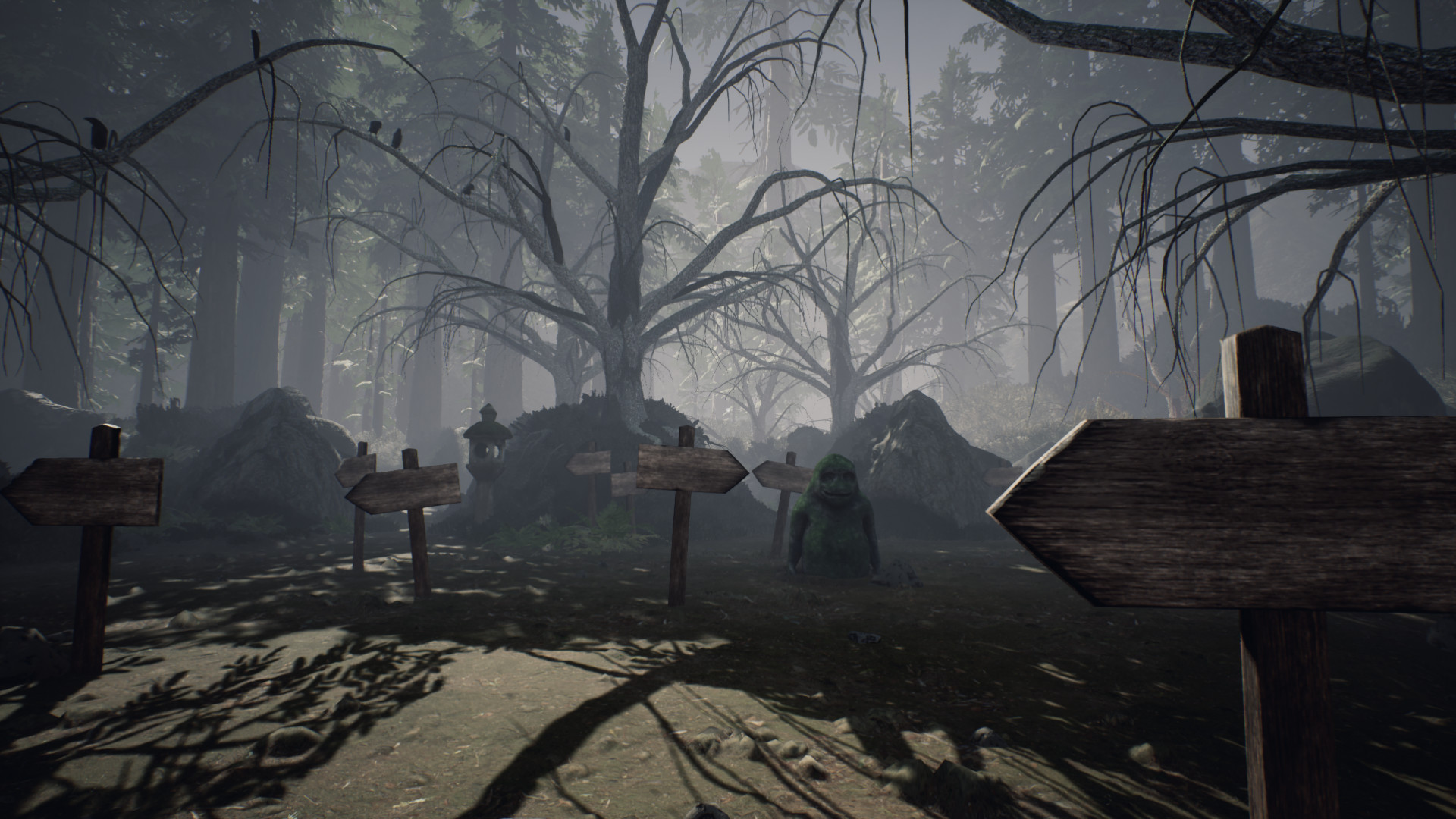 Of course, all video games use abstraction to insert challenges and puzzles into spaces where, in the real world, such puzzles wouldn’t exist. But there’s a fine line between creating something that seems internally consistent, and then creating something where you’ll be brooming a floor and painting seals one moment, as though living in a perfectly authentic and mundane Shinto shrine space, and then having to solve a sliding puzzle to unlock a door. Games can be full of arbitrary puzzles when it makes contextual sense (see: The Witness, or Professor Layton). That’s fine… but it also needs to be the point. If your aim is to create a serious and atmospheric horror game, giving players puzzles that they will laugh at for being ridiculous should absolutely not be the goal. I know I’m picking on this one puzzle a lot, but really, Ikai is full of them – these arbitrary and misfitting challenges that further serve to break people out of the experience by reminding them that they are playing a game.

There’s a lot to like about Ikai. I wanted to like this game right through its (blessedly) short run time. The art is gorgeous and the spooky set-pieces are vintage Japanese horror. They’re clichéd to be sure, but enjoyable, and once or twice I jumped, so they can surprise too, which is nice. There’s an otherness and alienness to Shinto, as a religion native to Japan alone, that lends itself to the rest of us feeling frightened by it. A few years ago I watched a horror film out of Japan called It Comes, which featured a Shinto exorcism ritual. Practically it wasn’t much different to The Exorcist, but having grown up in a Christian nation with a Catholic background, The Exorcist was chilling because of the way it transgressed the “natural order” of what I knew, but that was nothing on It Comes. It Comes was downright eye-opening precisely because it was so different. Ikai’s horror is in that tradition, a little. I do think that people that are interested in Japanese culture will find this interesting for that reason if nothing else.

While Ikai’s a missed opportunity, it’s not one that necessarily should be missed. It’s not overlong, has some vivid imagery, and while the puzzles are almost laughable at times for how out of place they are, the actual design of them remains interesting right throughout. I’m glad I played Ikai, but I doubt I’ll play it again.