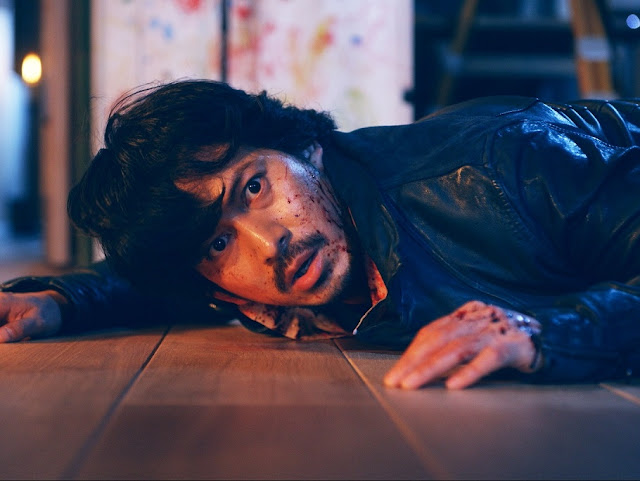 One of the best things about using a Japanese airline to fly is the selection of local films that tend to show up on the entertainment system. Films that never end up on streaming services or on DVD, and, aside from brief tours with film festivals and the like, can be incredibly difficult to watch in English. It’s through flights on ANA and JAL that I’ve been able to discover the delightful slice of life drama that is Hankyu Railways, and the brilliant fantasy Destiny: The Tale of Kamakura. This year I had the opportunity to watch It Comes… and it might just be the most striking, brilliant Japanese horror film I’ve ever seen. Coming from the country that gave us Dark Water, The Ring, The Grudge, and umpteen other genre classics, that’s saying a lot.

Unlike many of those other Asian horror films, It Comes cannot be ruined by an Americanisation that strips all the thematic depth out of the work in lieu of cheap scares and excessively grotesque imagery. That’s because It Comes tells the story of a Shinto haunting and exorcism, and there’s absolutely no way to simple cut and paste a Christian exorcism over that to whiten it. Beyond that, as with so many great examples of the horror genre, It Comes isn’t just about the overt monster, but rather, the internal monsters that are subtle, but usually the more shocking evil. In this film, the monster underneath the monster, as it were, is the Japanese family unit, and the pressures and cultural expectations placed, in particular, on mothers in what is often still a patriarchal nation as far as family is concerned. Were this to be translated into a modern western setting, it would seem overly trite and unbelievable.

It Comes tells the story of a young husband and wife, and their first child. The husband is more interested in updating his daddy blog, and presenting the highly idealised fantasy of their life together, than he is helping his overwhelmed wife raise the child. The wife, for her part, loses any interest in her husband, but begins to find a friend of his more attractive (and a sympathetic shoulder to cry on).


Then the haunting begins, with a violent spirit that seems to be specifically targeting the family, and extended social unit for some reason. This spirit has all the tropes of the Japanese yurei story – it has specific objects that it hates (“it hates mirrors and knives”), and it plays to particular rules that are as designed to mess with the victim’s head as they are a direct physical threat. It messes with us in the audience, too; there’s one particularly clever scene where the yurei tricks the husband into doing a series of things to help it victimise him… and we all realise that it’s happening at the same time that the husband does… at which point it’s far too late. It’s a solid 10-minute sequence, and the payoff is more terrifying than any jump scare. More than the jump shocks of Hollywood cinema, or the ability of something like Get Out or A Quiet Place to raise tension by cinematically promising (but then subverting) jump scares, Japanese horror cinema has truly mastered the art of getting into our heads.

Part of that thematic similarity across the genre within Japan is because Japanese horror is rarely rooted in the monstrous. Monsters are the end result, but much more of the horror is based on the tragic circumstances that led to the creation of the monster. The Ring is the story about the creation of Sadako, rather than the depiction of what she does to people (as much as the American film tried to make it about creepy things crawling out of TVs). It Comes is less about what It does than it is the tragic reason that caused It to pay attention in the first place.

It Comes is a story that doesn’t miss too many taboos either. From child abuse to abortion, this film touches on a lot of subjects that will make people much more uncomfortable than some CG dismemberment will (though that’s in there too). The film’s actually based on a novel, Bogiwan Ga, Kuru, the debut novel of Sawamura Ichi, which seems to have turned some heads in its homeland and netted the author some prizes. Sadly, that book isn’t available in English at all, and I have no idea if the intensity of the themes that the film addresses are on point with the book. However, Sawamura is credited for the screenplay for the film, so you have to assume it’s in line with his vision. 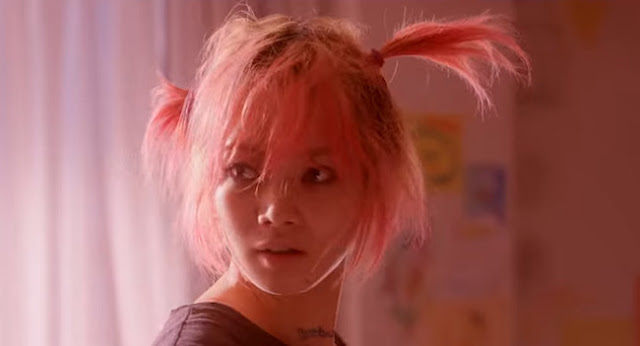 For all the talk about about the thematic depth of the film above, none of it is to say that it’s a film that overlooks the baser aesthetics of horror. Gore is used for impact, but when it’s used, it’s used for extreme impact. And then there’s the soul-shattering reverberations of the last act where, in a last ditch effort to dispel the yurei (which has become obscenely powerful), an entire community of exorcists build an elaborate staging area to perform a large-scale ritual. As someone who can only observe Shinto from without, and having never seen a Shinto exorcism portrayed through film, this had the same sense of abject terror that I find in watching depictions of Christian exorcisms, minus the desensitisation of having seen plenty of films about Christian exorcism in the past. It was mesmerising, exquisite, lush, and utterly dark.

Directed by the talented Nakashima Tetsuya (known for dark dramas an mystery films such as Kamikaze Girls, The World Of Kanako, Confessions), It Comes is often a slow-burner, with lengthy lead ups to each moment of violence and bloodletting. Far from being slow paced through lazy cinematics, however, it’s a tightly wound story designed to carefully represent both sides of each major character – the idyllic vision of themselves that they present to the world, and the more sinister realities of their more intimate relationships with one another. As I mentioned above, that slow pacing is also used to build up to providing the audience with deeply unsettling moments and revelations without relying on jump scares. It’s something that I wish more western film directors had a better sense for, because it’s just that much more effective and impactful than the almost comedic sense of horror in those films.

It Comes is a remarkably effective work of deeply unsettling horror. The best I can compare it to in terms of Hollywood films from recent years is The Witch, in that it tells a story about how the weaknesses and corruptions within people might bring down on them the wrath of their spirituality. Another angle might be to look at it in a similar light to the brilliant Australian film, the Babadook, in that the horror is analogous to the difficulties in being a parent – particularly from the side of the mother. But It Comes is also the first time I’ve seen an overtly and explicitly Shinto horror film, and I found it absolutely fascinating.