It’s Indiepocalypse week! It’s rapidly becoming my favourite week of the month, as we get a new pile of highly experimental, interesting and niche indie games to play. These are games that would get almost no visibility otherwise, and the bundle is well worth supporting for that reason alone; it’s a virtual gallery of the most artful stuff that this industry produces, and it’s such a delight to dive into the collection each week. And, as a bonus, you even get a zine, which has interviews and more information on the games that you’re playing!

This month’s collection includes: Decay (a game where the world is falling apart, but you have to go to work and pay rent anyway), Late to the Party (a visual novel about interrupting your friends), The Attendant (a game about a flight that has a jammed landing gear and you need to figure out how to solve the crisis before the fuel runs out), Explobers (a Lemmings-ish puzzle platformer), Ritual Quest (an “angsty tongue-in-cheek response to settler-colonial views on rituals), and so much more!

It’s a bunneh game! Just a few short months after the delightful Bunhouse, another developer has been inspired by the wonderful, next-tier animals that rabbits are, and so here we have another relaxing, chill-paced game about bunnehs being bunneh. Video games can be so wholesome and good (sometimes). 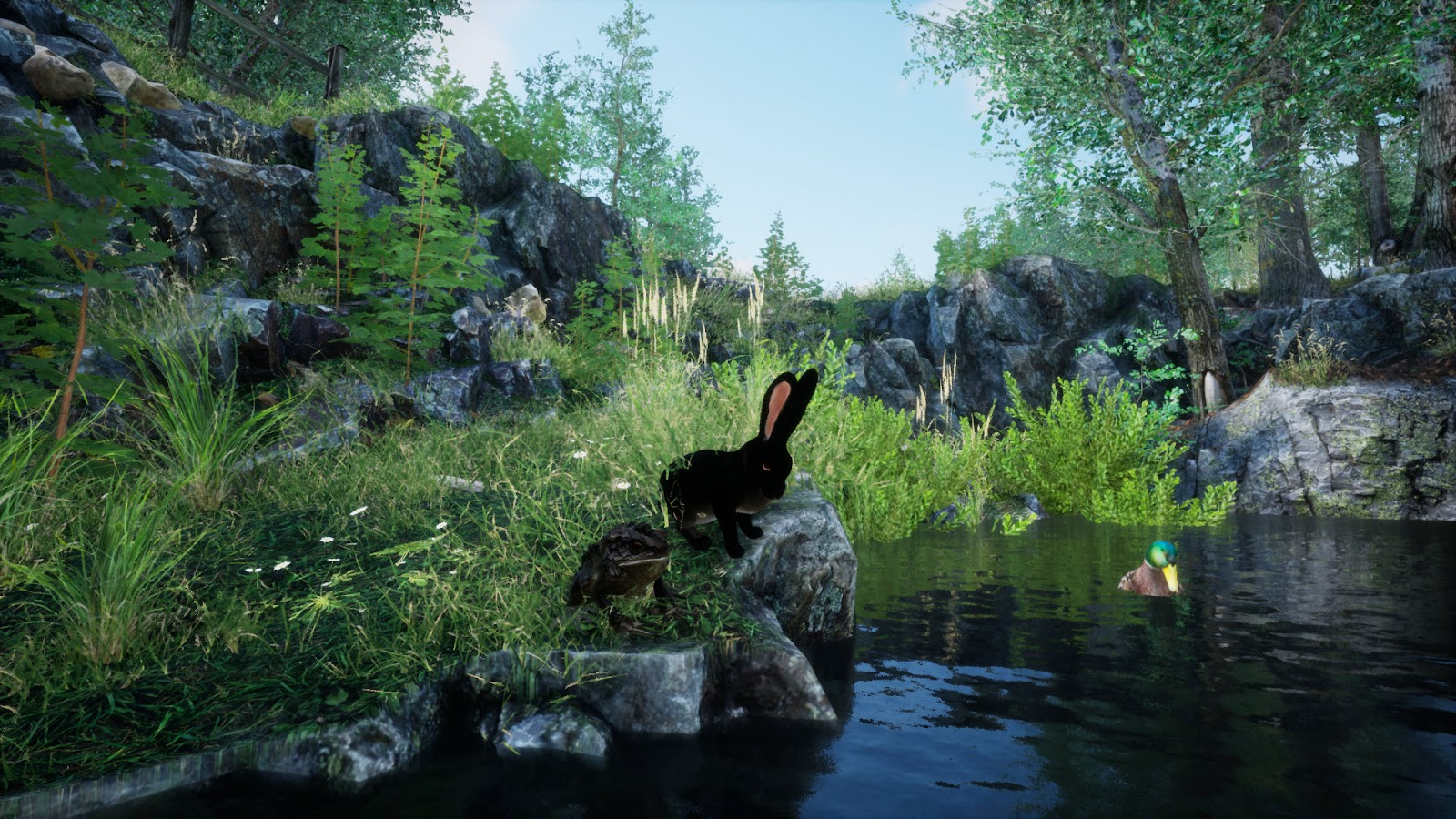 In Rabbit Meadow, you get to explore a gorgeously-rendered meadow, while finding and collecting rabbit toys. There’s nothing pressing in this game, no combat or timers (thank God for that), and you can customise your bunneh in whatever way you like. You’ll also get to meet other, friendly, animals in the meadow, such as squirrels and frogs. You can even swim with ducks (note: rabbits don’t like swimming and are terrible at it, so don’t do that at home, folks). This game just looks so warming. I love it.

Secret Kiss is Sweet and Tender

Upfront warning – I’m pretty sure that this one is an adult game that goes well beyond just fanservice, but the art is so lovely and the general premise seems to be so… elevated… that I’m going to recommend people look into it anyway. It was previously released on Nintendo Switch in February (minus the adult scenes, of course), but if you want to play it on PC, you’ll need to invest in the itch.io – the game is one of those ones that Steam has denied approval for (good old Steam!) 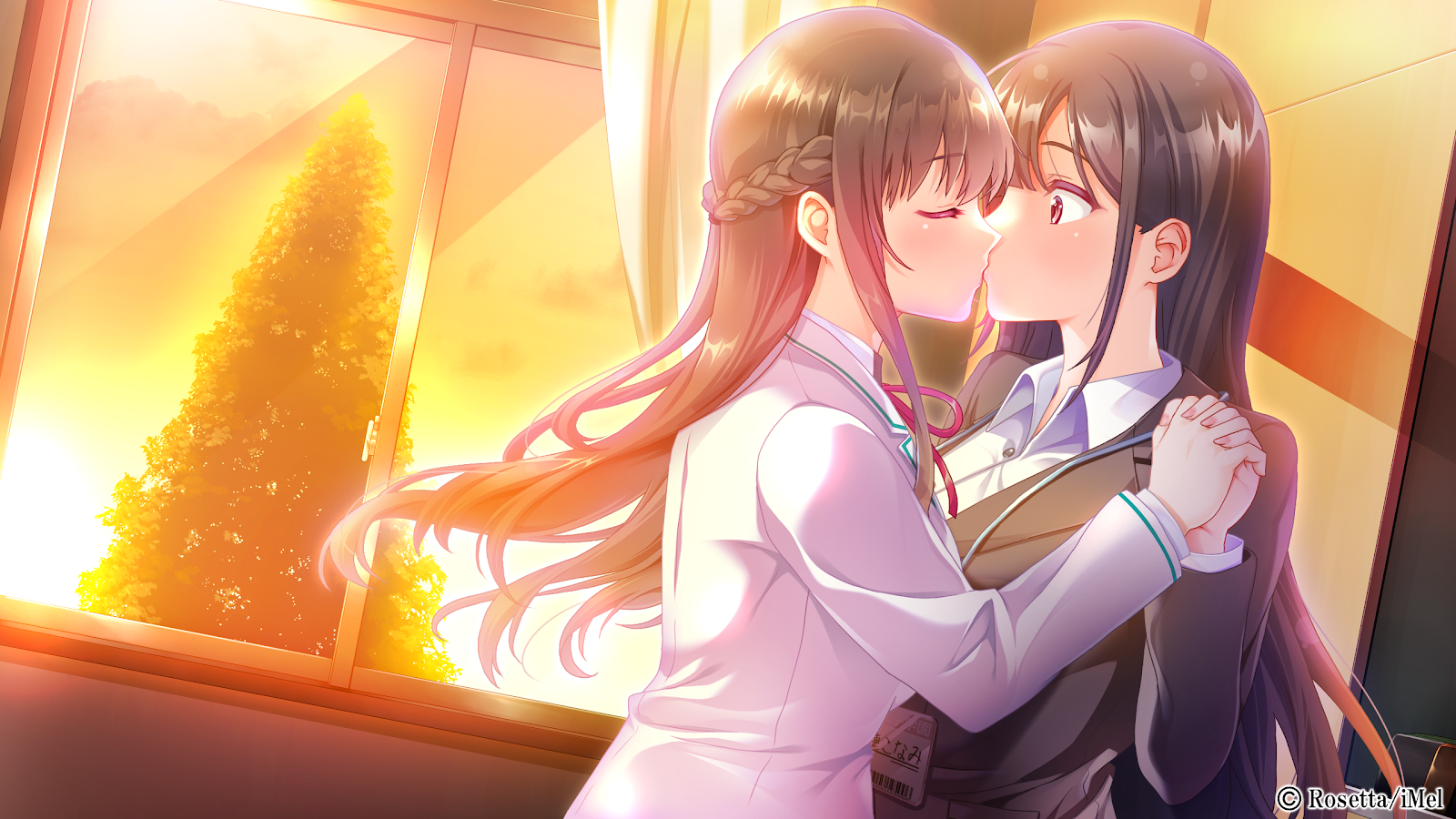 The game tells the story of a student artist, Ema, and teacher-in-training, Konami. Ema surprises Konami with a kiss, and then Konami discovers that Ema is actually her favourite artist. That kicks off a relationship between the two which, in addition to the romance, involves both girls helping one another to achieve their dreams. It’s a proper yuri romance story, in other words.

Phobos Dere .GB
Last up this week is a new Game Boy game (I know I’ve said this plenty of times already, but I love how itch.io has allowed people to start making and selling Game Boy games again). Phobos Dere is completely playable in-browser, or you can download it and stick it on your emulator consoles. However you play it though, this looks like a harrowing horror game, made with just a few pixels. 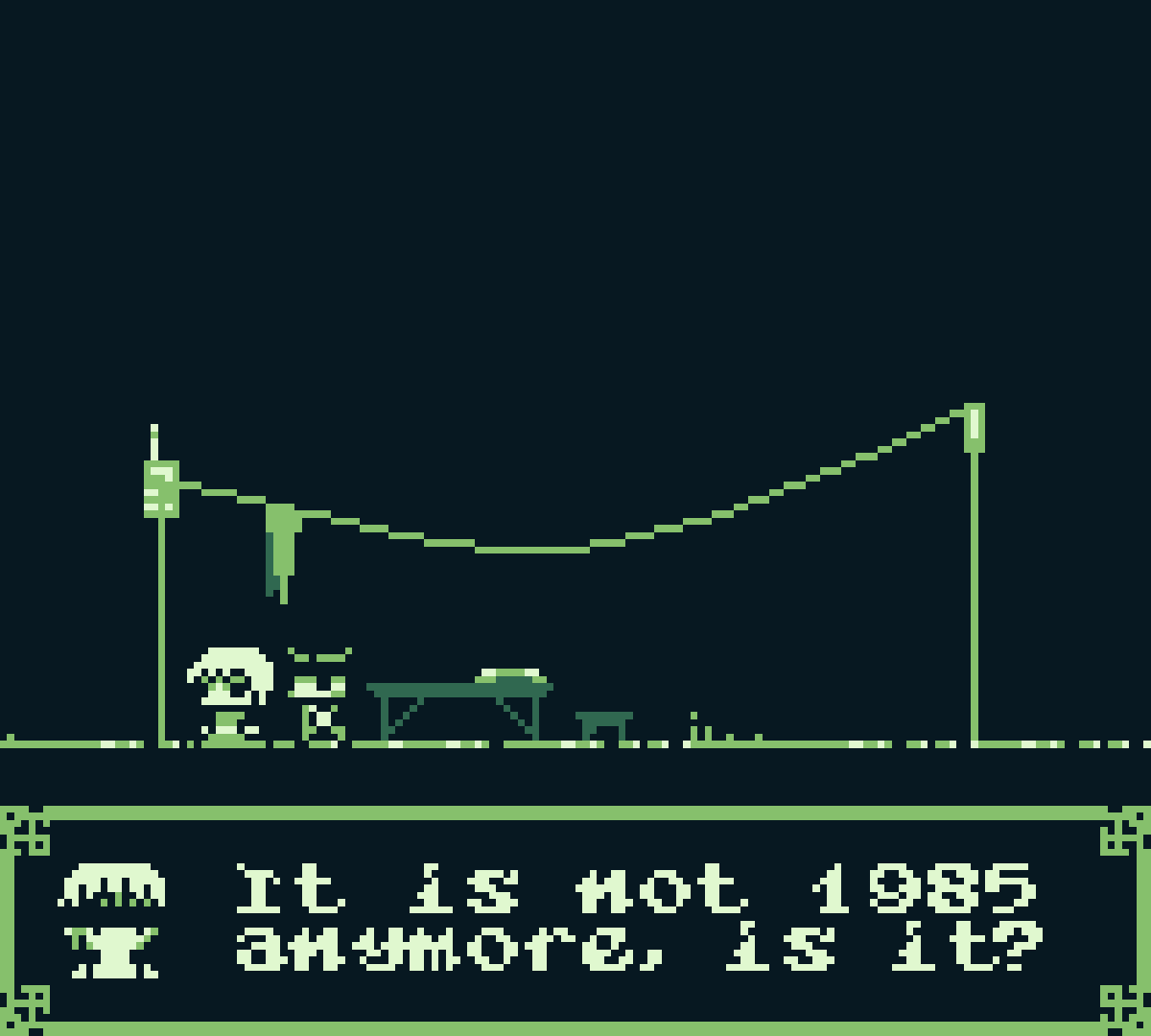 In the game, you play as a “guilt-ridden scientist involved in sinister experiments,” who must “face his fears and relive the terrifying nightmares of the past.” The game itself seems to be either a platformer or a puzzle platformer, and while you wouldn’t necessarily think that hardware as primitive as the Game Boy could create convincing horror, I would argue that the lo-fi aesthetics of the Game Boy can make for a perfect horror experience in the right hands.
Share this