Itch.io is rapidly becoming a place to go to support good causes. Whenever there’s a disaster or nightmare scenario, there tends to be a bundle that pops up on the platform to raise money to support the victims. Itch.io has just launched a massive bundle in support of Ukraine, and even if you don’t end up playing any of the 1,000 products that are in this bundle, it is worth supporting both Ukraine and the Itch.io initiative, so that these things continue to happen.

That wasn’t a typo. There really are 1,000 products (mostly games) in this bundle, and it’s only going to cost you $10 – that’s a saving of over 99 per cent. All of that money is going to charity – the developers and publishers have all generously donated their work to the cause. Obviously, the list of games is far too long to mention here, but they do include a wide range of indie darlings – no AAA-blockbusters, of course (Itch.io isn’t the platform for that), but if you spend enough time in the indie space there are some very recognisable names here. 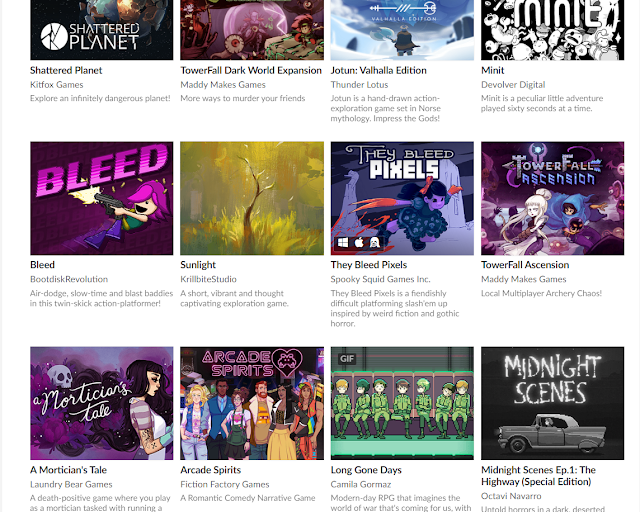 The money will be split across two charities, both providing critical services at this time:

International Medical Corps provides medical assistance in the region. They have very low fundraising overhead (1% of income), with 89% of donations going to medical aid and 10% to administration.

Voices of Children, a Ukrainian organization that helps children cope with the horrors of war, PTSD, readjusting to school, and getting back to being kids. They have also been doing a lot of grassroots impromptu work during the war, such as helping set up shelters. Our hope is that this war will be over soon, and they can begin the work of healing these kids’ hearts.

The bundle is available for the next ten days, and of course, if you do want to donate more than the asking $10, you are most welcome to. Again, for the people of Ukraine, and the sad reality that we’ll probably need more charity drives in the years ahead of a similar scale, I beg of you all to buy this bundle and make sure that Itch.io bundles work, even if you never end up playing any of these games.

Our new VN, A Week On The Water, has a demo and it’s live now!