Rush For The Ages

Rush For The Ages is both ambitious and bite-sized. The developer has taken on the task of trying to deliver a card-based entry into the 4X genre – a genre notorious for demanding massive time commitment by players – and then allow games to play out in just 2-10 minutes. That is nothing if not ambitious. 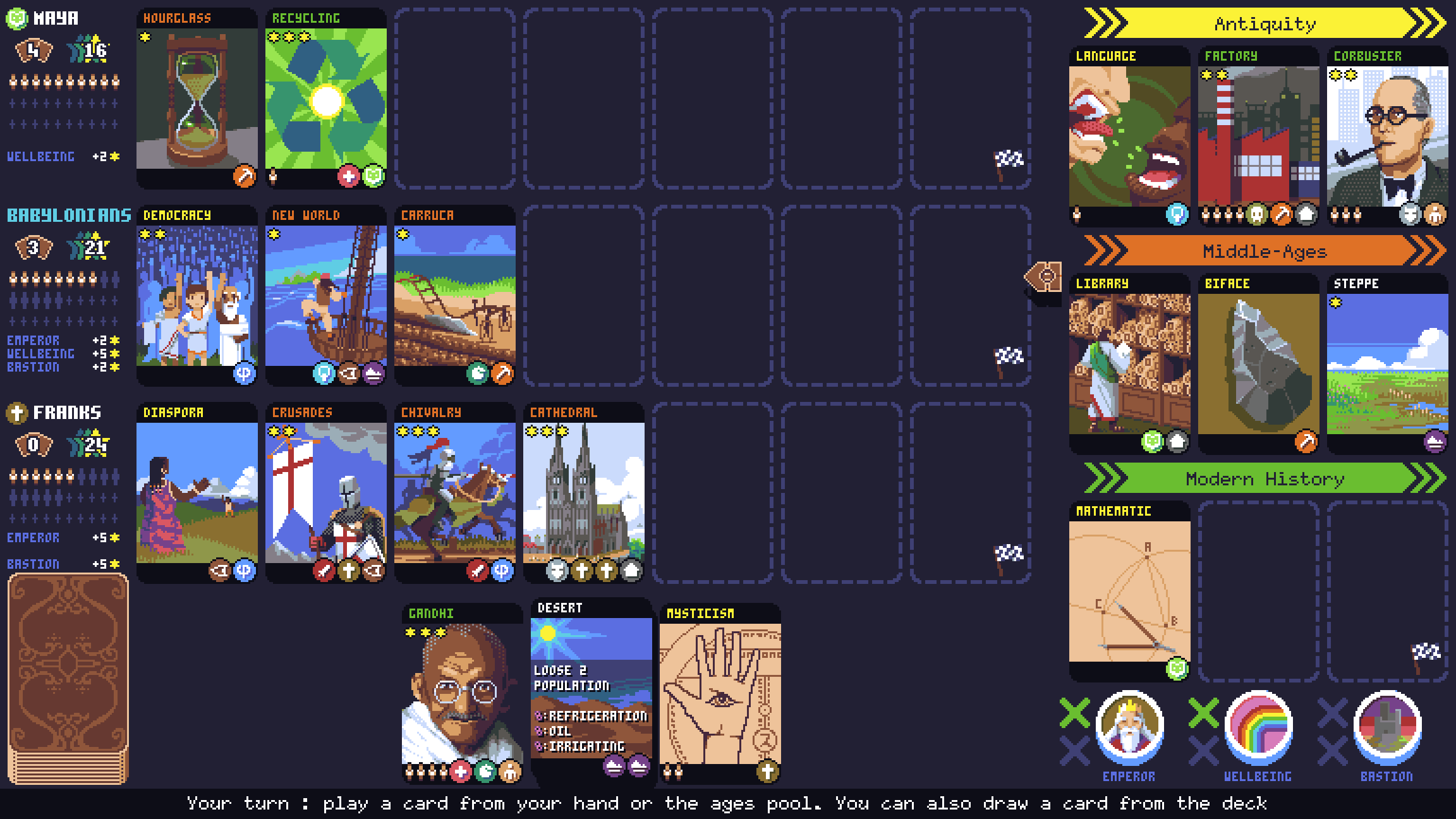 It looks the part, though, with some gorgeous card art, and has a full suite of features. There are 21 different civilizations to play with, and seven different difficulties, including a “marathon mode.” The game itself seems to be simple and streamlined to play, involving you drawing and playing cards, or discarding an unwanted card (but potentially giving your opponent access to the cards they want then).  The goal is to be the player to put down the seventh card first. As a big fan of strategic card games, Rush For The Ages does very much look like my kind of thing.

If you’re old enough, then you almost certainly remember text adventure games. The likes of Zork, The Hobbit, and The Hitchiker’s Guide To The Galaxy will all evoke some strong nostalgia from players, as these experiences, as humble as they might seem to the modern player, delivered truly rich and immersive, interactive narratives. At a time where most video games were simple arcade experiences, told through narratives of a couple of lines (if you were lucky), the text adventure was the in-depth storytelling that people who wanted more cravesd. Golden Seas aims to tap into that. 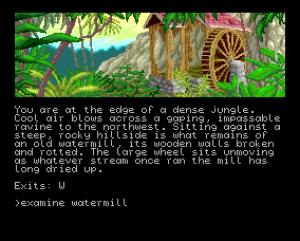 This game, designed for the ZX Spectrum Next Home Micro, is a very traditional (but gorgeous) text adventure that’s set in an open world (with over 120 illustrated locations), and deep logical puzzles. You play as Martell, a guy that is having troubling dreams of an apocalypse, and the sense that only he can prevent it from occurring… assuming that he can find the woman that seems to be at the centre of it all.

Chronicles Of Tal’Dun The Remainder

This hybrid of text adventure and visual novel seems fascinating to me. It’s not just that it has a gorgeous and consistent aesthetic (though it does), it also seems to be offering a pretty rich and original narrative to bite deeply into. It tells the story of two magi, who are trapped in a collapsing tower with the only hope for escape being an obscure and difficult ritual… but you, playing as one magi, don’t remember anything about it, and your companion doesn’t seem to be that honest to you… 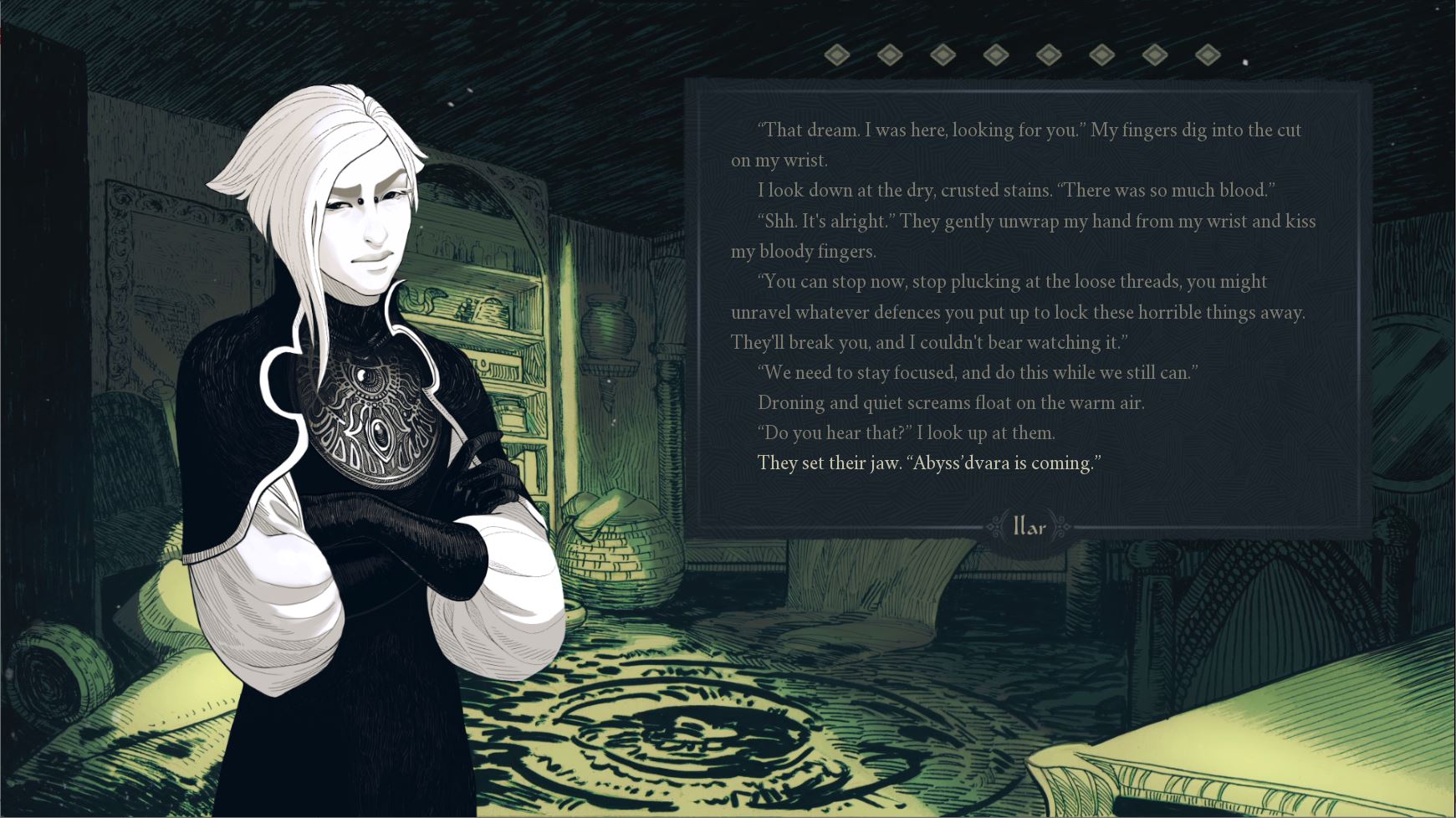 The game has a bevvy of content warnings (“sexual themes, violence, blood, physical and mental abuse, self-harm, death, and suicide. Characters are going through emotional struggle and are dealing with a life-threatening situation”), and while that often results in the game being anything but mature (especially in the hands of amateurs publishing to itch.io) in this case it does seem like the developers are using these themes to a particular (and valuable) narrative outcome. The huge number of comments that this game has got (by itch.io standards) suggest that it’s very much resonating with players, too.

Finally this week we have Forward: Escape The Fold, which is another card game. Unlike Rush For The Ages above, however, this one doesn’t aim to he a 4X distilled down to card game form. Rather, it’s a “bite-sized roguelike,” with what looks like a simple, but compelling loop. In Escape The Fold, you face a stack of cards, arranged into rows of three. With every turn, you need to select one of the cards in the nearest row, and that causes some effect to play out, and the next row of cards to be dropped to the bottom. In this way you make your way through an endless dungeon. 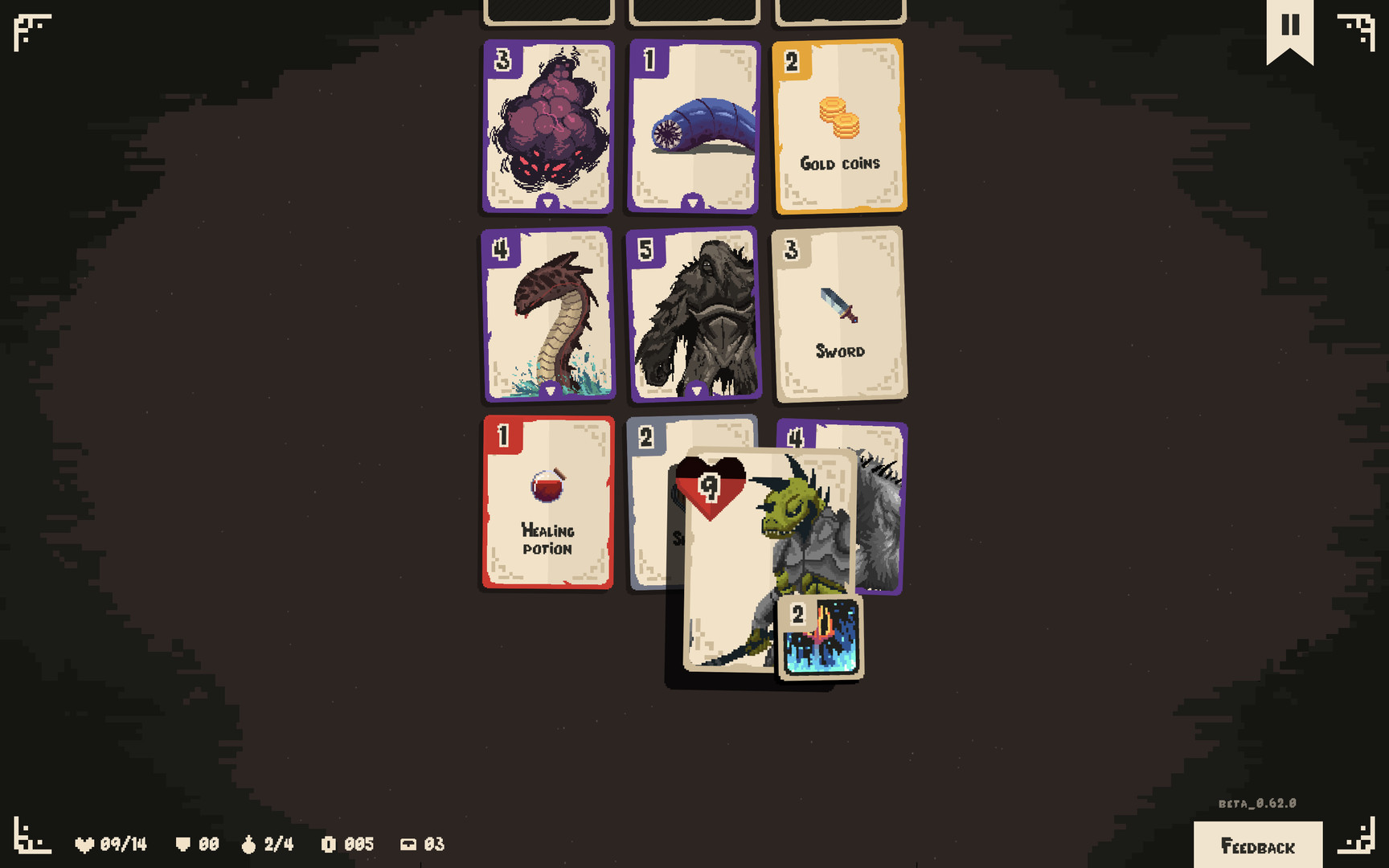 Naturally, each time you play the cards you face will be different, which, combined with the quick-play nature of this, should make Escape The Fold the kind of game that will be difficult to put down. With seven different heroes to play with, each with their own play style, and a leaderboard and scoring system, the “just one more go” compulsion is going to be irresistible.

In recent years, a reprisal of retro art styles has…

April 2022 Podcast: Stranger of Paradise! Also… what is the game canon?