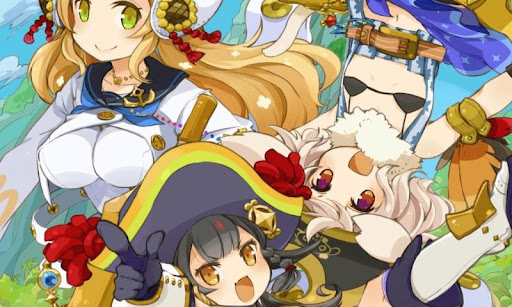 There’s even a perverted otter mascot character, so these games are very much in the same vein. As you’ll see from the trailer below, the game does dial the fan service right up, but according to the game’s description, it’s otherwise a traditional JRPG for JRPG fans: Seven Pirates H is a traditional RPG focused on exploration and discovery with a gigantic dose of fanservice thrown in! As Parute, you’ll command your party of monster girls in combat against naughty enemies, exploiting weaknesses to gain the upper hand in turn-based combat. Adventure across islands in 3D and ride Otton to reach secret areas, gather items and enhance your abilities as you level up! With the special “Booby Training” system, you can control the bust size of the all-female crew for stat boosts, bigger for increased power and defense or smaller for improved speed and agility!

The thing is, Idea Factory does make quality JRPGs, once you scratch back the fan service, so while Seven Pirates H is certainly selling itself on one particular thing, if you enjoy the genre, then you should keep a close eye on it for… legitimate… reasons too.


Enjoy the trailer! The game releases in “spring” (autumn for Aussies and others in the southern hemisphere) this year.