For the second time this year, I’ve gone into what looks like a really interesting game only to be deeply disappointed when I discover that it is written with all the depth and maturity of a YA novel. Reverie Tactics has a lot going for it. Unfortunately, it’s backed by a story that’s shallow, tonally at odds with the setting and situation, and ultimately pointless. Reverie Tactics doesn’t say anything. It pretends to, but it handles it in such a superficial manner that in the end, it’s a textbook case of key jingling aimed at people that would find fantasy literature to be, like, totally boring.

The narrative is all the more grating when you realise that the game itself is actually designed beautifully and, unlike the narrative, respects the intelligence of the players. On a basic level, it’s a tactics RPG – think Disgaea, Final Fantasy Tactics, Fire Emblem or, for a recent western equivalent, Fell Seal. Unlike most of those games, where you control a skirmish-sized force, in Reverie Tactics you only have a couple of heroes to lead into battle, which lends it a vibe closer to a standard RPG at times. There are two things that make this particularly interesting. Firstly, the sheer difficulty of the game and secondly, the intricate way that many of the maps work.

Make no mistake about this; if you don’t master the complex way that the skills of each character work together, you’re going to face total party wipeouts from the very earliest levels. Rarely is simply doing as much damage as you can, as quickly as you can, going to be enough. You’re going to need to manage the environment (making sure that you’re not attacked from all sides at once), inflict status effects on your opponents, and in general make sure that you’re not taking too much damage on the counter-attack, because even the lowest-level enemies can do a lot of damage. Throw in the need to achieve (often difficult) optional objectives in each battle to earn enough experience to keep your side levelled to meet the escalating challenges, and Reverie Tactics finds a way to make every single skill and ability that you take into combat worthwhile. 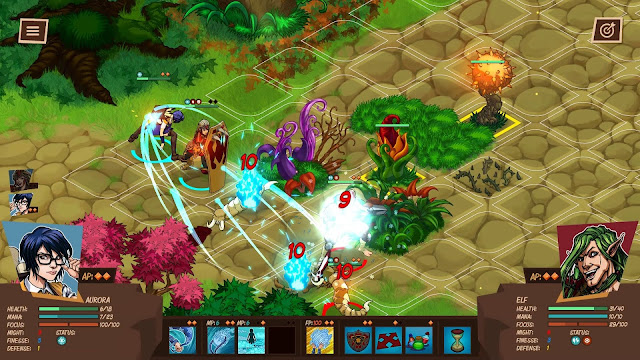 There’s also the need to manipulate the environment. Some of the best weapons and tools at your disposal are the traps that are strewn around every level. By using abilities to push, pull and hurl enemies around, you can slam them into these traps, which will often cause massive damage and help to clear out a flank or two. To make good use of those, though, you need to be as good at manipulating the board and moving around it as you would be in something like chess. From the very first level Reverie Tactics throws you into the deep end with all of this, and while some might find it frustrating, I suspect for most fans of RPGs and tactics games, the challenge will be invigorating.

If only the game wasn’t let down by the fact that I actively wished these characters would fall into traps themselves so I could rid myself of them. Why go to the effort of creating a fantasy universe if you’re going to fill it with “banter” and/or characters that were written for a Disney drama for teens? The plot and set-up itself isn’t anything to write home about. Goblins have taken an elvish city and are going about killing people, and so the forces of good send teams of adventurers to deal with the threat. When nothing is heard from them one woman decides to go on a quest to search for a group of heroes that included a relative of hers. As kitsch as that is these days, it can still be enjoyable when done right. There’s the hint that the writers wanted to say something, too, since your allies aren’t necessarily the nice guys, and the elvish city at the centre of it all wasn’t originally the elves’. I’m writing this on Australia Day and discussions around colonialism are, sadly, still very relevant, so I appreciate the intent with Reverie Tactics. Unfortunately the way the characters and general nerrative is written means that a more appropriate narrative would be that of an epic quest to liberate a H & M of some seasonal sales bargins.

As a design matter, I don’t even think a game like Reverie Tactics will appeal to the people that it is written for. The people who read YA fiction play Fortnite and Overwatch, Assassin’s Creed, Animal Crossing and GTA. YA fiction is an inherently a populist form of writing. Anyone who spends enough time reading books to get to the point that they actually enjoy the act of reading and appreciate the art form, graduate from YA to start reading proper books. YA readers, meanwhile, are the kind of people that pick up a book for a particular reason (i.e. populism told them to), but aren’t particularly invested in reading otherwise. Nor are they going to be that engaged with the broader arts. 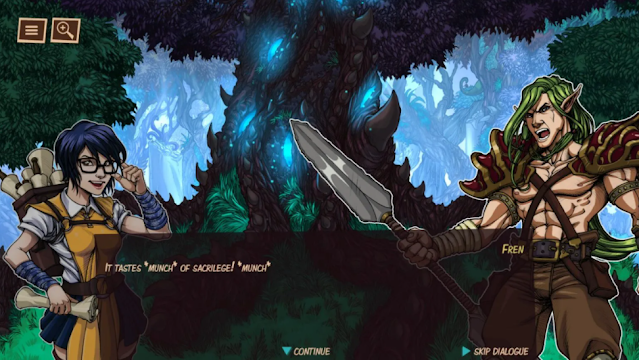 Tactics RPGs aren’t for these people. The Tactics RPG is a genre for people who are deeply and seriously invested in the artistry of video games. It’s an inherently niche and exclusionary genre because it’s for people that like to sit down for dozens of hours at a time, pouring over intricate statistics, and getting deeply invested in their characters. I don’t think that’s great for the genre (and it explains why we see far fewer tactics JRPGs than more inclusive genres, like the actual JRPG itself), but that’s the reality we’re working with here. The hyper-casual and shallow character writing of YA fiction is inherently at odds with the genre, and so Reverie Tactics has an internal conflict running through it that I found incredibly difficult to move past. It’s aesthetically beautiful, but I couldn’t connect to the characters, didn’t care for their situation, found the limited messaging ham-fisted and lacking in maturity, nuance, and depth, and while I appreciated the on-field action, I’m not going to rush out and buy merchandise for this game, either.

The developers did have a few ideas that could have made the time spent outside of combat fascinating, were they inclined to take the storytelling more seriously. There is a moral system at play in Reverie Tactics, where decisions that you make slowly align you with either chaos (where you’ll be treated as a brash but decisive hero), or order (where you’ll be respected for your intelligence but be seen as timid to fight). I do have an issue with such a binary system effectively delineating between strength and intelligence, impetuosity and restraint, and some of the moral implications of that, but nonetheless, much like Mass Effect, I did like how my decisions would butterfly effect their way to shaping a very different type of character by the end of the game.

I also enjoyed the way that the game handled resources. As with every RPG, there are crafting and standard experience systems, but in Reverie Tactics, you also earn another resource – cogni – that can be used for party-wide benefits. The best cogni is earned by completing those optional objectives, and that makes mastering the battlefield all the more important… but the reward does feel in line with the work involved. 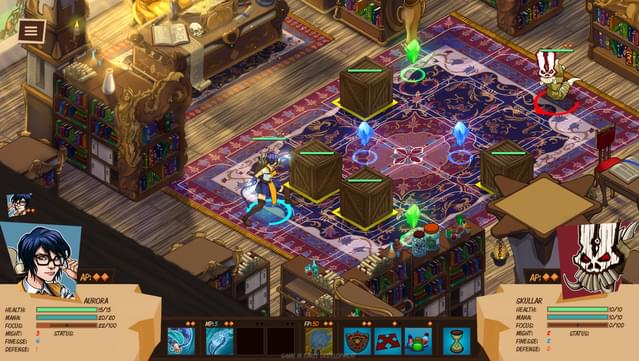 If 2022 is going to be the year where I end up slamming dozens of games for being written like amateurish fan fiction, so be it. YA-style writing might sell well, but to be perfectly blunt about this it’s good writing in only the most exceedingly rare cases. For narrative-heavy genres, like RPGs, the tonal dissonance that YA writing forces into to work to make it read and sound “modern” even if it’s set in a world of swords and sorcery, is unacceptable. I could have and should have liked Reverie Tactics. In practice, I found it infuriating. Developers: please stop pitching your work at this level.