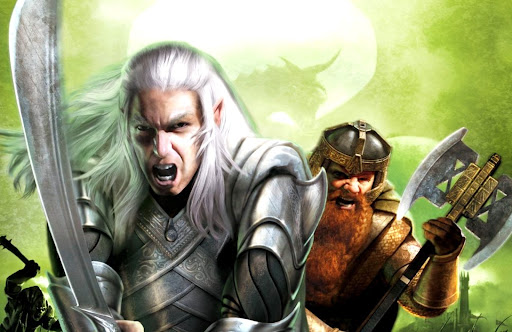 This is one of those moments which remind you that you’re getting older. I remember going to the midnight screening of The Lord of the Rings: Fellowship of the Ring, and I wasn’t even that young when I watched it. It’s now 20 years later since that breathtaking film was released to the world, Orlando Bloom can no longer pull off “ageless elf” and here I am reminiscing about a time when EA was actually good at licenses. I know it’s hard to imagine given what the company did to the Star Wars license, and that it’s hard to imagine a good Lord of the Rings game given what Warner Bros has done to it in the years since, but back in the day, EA really did some incredible things with the material.

So, just to briefly explain how all this played out: Back when the films were the big thing in entertainment, Warner Bros got the rights to Tolkien’s fictional world and books (and still holds it), while EA got the rights specifically for the films. What this has meant is that now that EA’s rights have lapsed, it is no longer able to publish or sell its games, while Warner Bros can continue to flog off that Assassin’s Creed knock-off and the terrible MOBA (if that is even still operational). It is a pity that it panned out this way, because EA’s games really were categorically better, and truer to Tolkien’s vision (even if they were interpreted by way of Peter Jackson’s films and aesthetics) than anything Warner Bros has done.

I’ve been on a bit of a kick with EA’s Lord of the Rings games, thanks to a friend sending me copies of the two Battle for Middle-Earth titles on PC, and me playing the PlayStation and Game Boy games via… other means (it’s totally moral to do so given that we’ll never see these games re-released again). They cover a wide gamut of genres and gameplay styles, but the consistent thing was that EA always found the right developer for the task. On the Game Boy Advance, there were two Diablo-style loot-heavy RPGs, and then a fascinating and oddball tactics strategy game, of which I’ve never seen anything quite like it since. While we’re talking about handhelds, there was also a tactics RPG on the PSP that turned out to be one of the hidden gems on that platform. 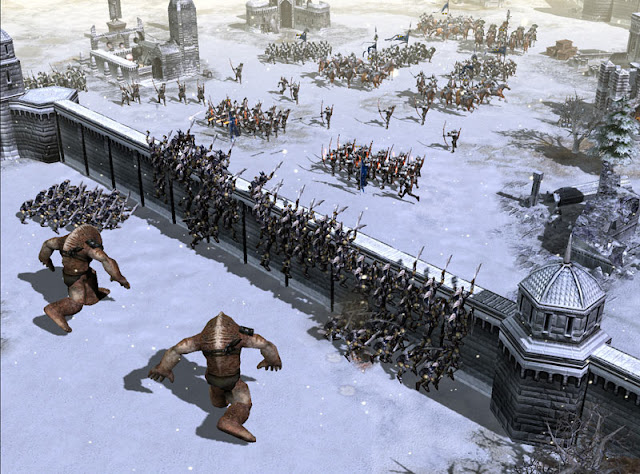 On PlayStation (and GameCube) meanwhile, there was a couple of quality brawlers that took you through key battles from the films, but the really interesting one over there was a Final Fantasy X-style turn-based RPG, which had you follow allong the events of the films, but while playing as a second party to the main cast. This sounds odd, but it does work and allows you to explore the fill extent of Middle-Earth while fighting all the various enemies.

But it was the PC that got the best Lord of the Rings games. Battle For Middle-Earth and its sequel gave you the chance to command entire armies of orcs, goblins, elves and men, and authentic battlefields from across Middle-Earth to fight on. Combat was squad-based (i.e. rather than summoning individuals you would summon units), and as those units fought enemies they would level up, allowing you to grow from a small rabble to a deadly army of veterans as the battle progressed. This led to strategic depth and management in and of itself, since lost units took all their experience with them, and yet they also needed to fight to get the experience in the first place.

And then there were the heroes. The heroes of Battle For Middle-Earth played a major role in the game, since the likes of Aragon, once fully levelled-up, was a one-man walking army, with special abilities that could turn the tide of battle. There weren’t all that many different types of units in the game (particularly the first), but the presence of heroes and the importance of experience made every “piece” on the battle map important and gave each battle its own unique texture. 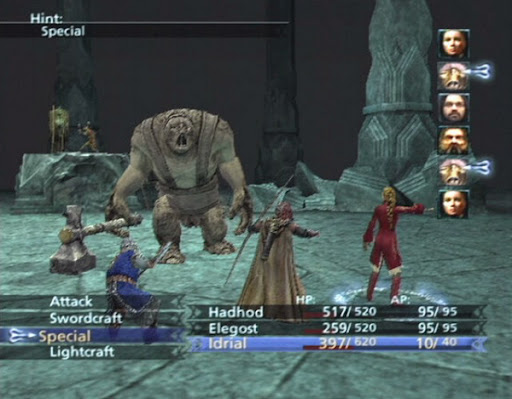 The second Battle For Middle-Earth also had the War of the Ring mode, which was something I lost way too many hours to. It was a turn-based board game that split Middle-Earth into 30-odd regions, and then set you the task of capturing it all. Battles could be either auto-resolved or you could complete them via a skirmish. It was the closest thing that we’ve had to a Total War: Lord of the Rings or a Romance of the Three Kingdoms Lord of the Rings edition, and it was so perfect for the Lord of the Rings property that I am a little shocked that Warner Bros. hasn’t even tried something similar themselves.

You’ve got to play around with your computer’s settings to get these games to work on modern Windows devices, and you can’t buy the games on Steam or GOG or anything else becauase they’re out of license, but it’s worth tracking down a disc if you can. They still look and play beautifully, and though the online services are obviously gone, the AI is enough to challenge your RTS skills.

I don’t think the EA of today would be capable of backing projects like War of the Ring. The EA of today probably would try something similar to what Warner Bros. has done with the license. Nonetheless, EA did leave us with a spectacular few years’ worth of games, and while preservation of them is going to become an increasing challenge, I do hope people continue to find ways to discover them, because, 20 years after that first film hit the cinema, these games remain a compelling example of what happens when a publisher really takes the time to understand a license, rather than shoe-horn the license into a “best practice” piece of content.